There are spirit and Vodka drinks everywhere you turn today in the country, but out there are some vodka and spirit that one can not even describe their taste without fuming.

Here are my top 12 Whiskeys you can find in every Nigerian Bar, with refreshing taste after a long day.

Scots Highland Whiskey is a blend of pot still and fine grain whiskeys that is as versatile as it is smooth. Triple-distilled and aged for a minimum of 4 years, this is the timeless whiskey.  Blended with richest and finest grains Scots Highland whiskey is defined by its remarkable heritage and premium ingredients.

Magic moments luxury vodka takes many Nigerians to a whole new magical world. Launched in 2006, Magic Moments Vodka is top of its category and has won itself 36 international awards, not only for its standard variant but also its six flavors. Blended with richest and finest grains Magic Moments is defined by its remarkable heritage and premium ingredients. The smooth triple distilled vodka is a certified favorite and can be found in various bars and the shelves of various supermarkets. 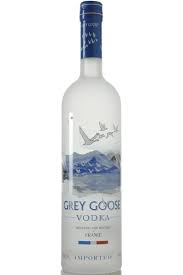 Johnnie Walker Red Label was launched in its current form by brothers George and Alexander Walker in 1909, though it had existed as Walker’s Special Old Highland Red Label for some years previously. Alexander blended a type of whiskey which is more suited to mixing with soda than the heavier, more old-fashioned whiskeys, and named it after his grandfather, who had started the family business in 1820.

McDowell’s is an Indian brand of spirits which is manufactured by the Indian spirits giant United Spirits Limited, which belongs to the United Breweries Group, the largest spirits umbrella in the world.

Exceptional things require time, but simply to wait is not enough. Down through the years since 1765, Hennessy has been associated with excellence and mystery. Behind its closely guarded doors, the Hennessy Comité de Dégustation (Tasting Committee) – unparalleled in the world of cognac – creates some of the most unique and elegant blends, thanks to its priceless heritage: The largest and most diverse reserve of eaux-de-vie in the world. This delicate alchemy and unique knowledge give birth to some of the most extraordinary cognacs.

This Savoir-Faire passed down across 250 years, rests on three pillars, each elevated to the level of an art form: the selection of the eaux-de-vie; their maturation; and their blending. It is for these reasons that, for 250 years, Hennessy has been able to preserve and perpetuate its expertise, and to establish a unique style with such a variety of expressions.

Jameson is a blend of pot still and fine grain whiskeys that is as versatile as it is smooth. Triple-distilled and aged for a minimum of 4 years, this is the timeless whiskey that turned our green bottle into an icon.   John Jameson founded his distillery in Dublin in 1780 to realize his ambition of making the highest quality whiskey possible. Today Jameson is still made in our Single Distillery in Midleton, Co Cork, Ireland following our founder’s tradition of using the finest ingredients and triple distillation to achieve our signature smoothness.   Jameson Irish Whiskey is a blended Irish whiskey. What’s that we hear you say. Well, first we take the best of pot still and fine grain whiskeys. Then we triple distill them – not because we have to because we want to as it gives it its signature smoothness. Finally, we age them in oak casks for a minimum of 4 years.

The world’s most awarded single malt Scotch whiskey. With a unique freshness from the same Highland spring water we’ve used since 1887, its distinctive fruitiness comes from the high cut point William Grant always insisted upon. Carefully matured in the finest American oak and European oak sherry casks for at least 12 years. The Glenfiddich 12years thrills on the nose with grain, floral, and mineral scents. It is spirit, fruity, and malty before citrus develops. On the palate, this has light, floral, spices and is considerably smooth. Glenfiddich 12years is sweet and oily with a touch of oak and general fruit on the finish. The whiskey is aged for 12years in America and European Oak casks. The quality of these casks is exceptional as all are individually tended by an experienced team of on-site coopers. The coopers ensure their whiskey develops complex, elegantly rounded flavors with notes of fresh pear and subtle oak.

Jack Daniels Tennessee Whiskey was founded in 1886, although it is often compared to Bourbon, unlike Bourbon, Jack Daniels is filtered through sugar maple charcoal and aged in large white oak barrels. Jack Daniels is made using cave spring water; it’s distinctive smoky, yet mellow flavor makes it the ideal ‘sippin’ whiskey.

11 Popular Drinks In Every Bar In Nigerian