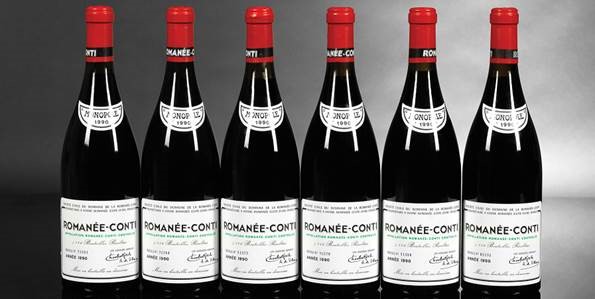 Auction house Zachys achieved a total of HK$26.4 million in the fourth part of The Ruby Collection sale, with a case of La Tâche 1986 selling for HK$520,800.

According to the auction house, The Ruby Collection is one of the world’s largest and most complete collections of fine wine – a collection that has realized over US$18,000,000 since 2019. Owing to the pandemic, part IV of the collection was held virtually and had attracted bidders from over 20 countries.

Rare Burgundy and high-scoring first-growth Bordeaux continued to dominate, proving that the desire for finest and rarest wines is still strong. New world records were set for a very rare DRC La Tâche 1986, which realized HK$520,800, a bottle of La Mission Haut Brion 1959, sold at HK$49,600, and six bottles of the legendary Latour 1961, coming in at HK$248,000.

The top lot of the auction was a 1999 DRC Assortment, which was sold for HK$545,600. Rare Port whiskeys such as Ellen and Karuizawa blew through their pre-auction estimates. For example, a bottle of Karuizawa 30-Year-Old 1981 realized HK$42,160 against a pre-auction estimate of HK$17,000.

Six of the top ten wines were from Domaine Romanée Conti. The other four included 1990 and 1982 Pétrus and 1959 Lafite.

Terrence Tang, Zachys head of Asia sales, commented: “It’s a testament to the strength of this team around the globe that we could do what we do best – bring our clients the finest and rarest wine while remaining safe and smart. From the team in NYC waking up at 5 am to the auctioneer, to the bidding party in Shanghai, what an experience.

“Bids came rushing in online, over the phone and via absentee bids from Europe, Canada, the United States, Taiwan, Beijing, Shanghai, and Hong Kong. Zachys takes great pride in its long history of specializing in single-owner collections and this is another fine example of us doing what we do best, despite the world news.”

The next auction of the company will be held in New York on 4 June.