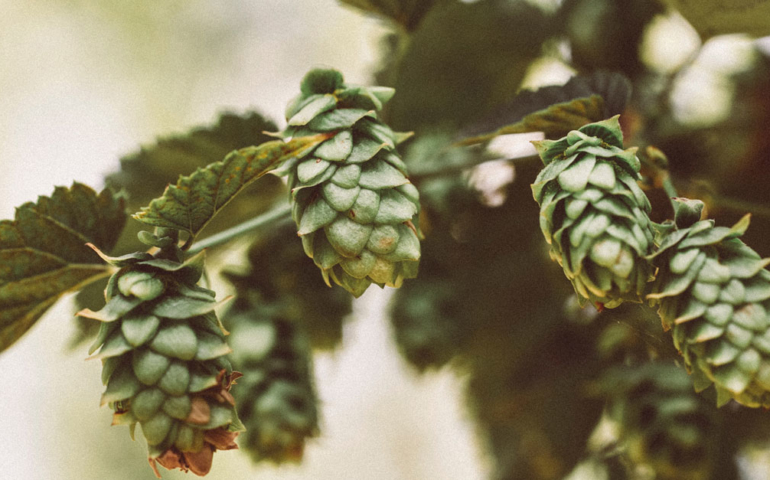 It was 2015, a veritable Iron Age compared to the thriving craft beer scene in New York City today. Rappaport, chief of staff at Universal Standard, frequented high-end beer bar/bottle shop hybrids near him, like Alphabet City Beer Company and Good Beer, where he’d ask for the latest IPA. One afternoon at ABC, he was pointed to Finback Oscillation.

“I remember being impressed with the tropical notes,” he says. “Also, it was one of the first truly local, limited-release IPAs that I’d come across at a shop, rather than the brewery.”

Several weeks later, he tried and passionately enjoyed Oscillation 2 and Oscillation 3 at his favorite Manhattan beer haunts. He realized that the brewery was on to something.

Turns out it wasn’t just Finback, either. A few months later, at Other Half in Brooklyn, where ardent fans line up at the crack of dawn each week to buy and drink the latest brews, Rappaport tried Double Mosaic Dream.

“It was unlike anything I’d ever had before, Mosaic hops to the next level,” he says. “It made all that time in line worth it.” He was equally delighted when a few weeks later he tried DDH Double Mosaic Dream and then Double Mosaic Daydream, which added oats and cream to the mix.

Finback’s Oscillation series and Other Half’s Daydreams are part of a phenomenon often called rotational IPAs, or beers made with the same base recipe and a varying series of hops. These beers have quickly become a burgeoning part of the craft beer scene, both bolstering a brewery’s brand and enabling it to take advantage of small batches of new, experimental hops.

It’s a win-win-win for all involved: Drinkers get to taste an even wider array of new beers, and those who sell beer know their loyal customers will order them.

Holly Diehl, one of the buyers and bartenders at Milk and Hops Chelsea, a hybrid venue with a craft beer and cheese retail operation, and an on-premise list of some of the finest beers available in New York, listed Finback Oscillation, KCBC Robot Fish, Folksbier Recurring Dreams, Night Shift One Hop This Time, and Westbrook Rinse and Repeat among her top Rotational IPAs.

“All of these beers sell consistently well thanks mostly to brand recognition and brand loyalty,” she says. “Breweries typically hold a certain reputation for quality, then the added recognition of the specific beer name helps a customer relate to the product by conjuring confidence in the overall rotating series.”

Finback’s Oscillation series, which is now in its 15th iteration, is credited as one of the first Rotational IPAs. Firestone Walker’s Luponic Distortion followed soon after.

Basil Lee of Finback says: “The original thought was a way to brew similar beers — an exploration in a variety of expression of hops. Pretty much right away it became a double IPA with similar base beer recipes, hazy, and then changing hop varieties.”

Firestone Walker brewmaster Matt Brynildson believes the arrival of new hops spurred the trend. “The door is now being blown wide open on all of these new hop varieties,” he says. “Luponic Distortion is our opportunity to plug into them.”

These sentiments are spreading across the country with brewers in nearly every state pumping out rotational IPAs. Goose Island has begun an IPA Now series that brewer Keith Gabbett says was inspired by hops.

“Every year we venture out to the West Coast for hop selection and we find cool varieties to bring back to the brewery,” Gabbett says. “These can be experimental varieties, standout hops from a particular farm, or just hops that are new to us. Often, we only have a small amount of these hops, so we decided to brew a series of beers that allows us to showcase them.”

The spirit of rotational IPAs has spread beyond the style, too. Kings County Brewer’s Collective (KCBC) opened in Brooklyn in 2016 and offers two rotational IPAs, Robot Fish and This is Your Brain on Hops. It also brews rotational sours; the Zombie series features different adjuncts.

“It’s hugely helpful for us,” Zack Kinney, KCBC co-founder, says. “We have a chance to directly compare the same base beer with a different featured ingredient.”

In the end, these rotating hops series bring many beer drinkers closer to the farm. They know their favorite beers and brewers, of course, but they’re also familiar with their favorite hops.

“DDH Double Citra Daydream is my favorite in the Daydream series and might be my favorite OH beer period. A close second is DDH Space Daydream,” Rappaport says.

He acknowledges that the rotational phenomenon has brought many new hops into the beer scene, shrugging and saying, “I just can’t seem to shake my affinity towards Citra and Galaxy hops.”

KCBC This is Your Brain on Hops: At press time, the current version features a blend of Cashmere and Mosaic hops.

Interboro You’re All I Need: Current version is with El Dorado hops