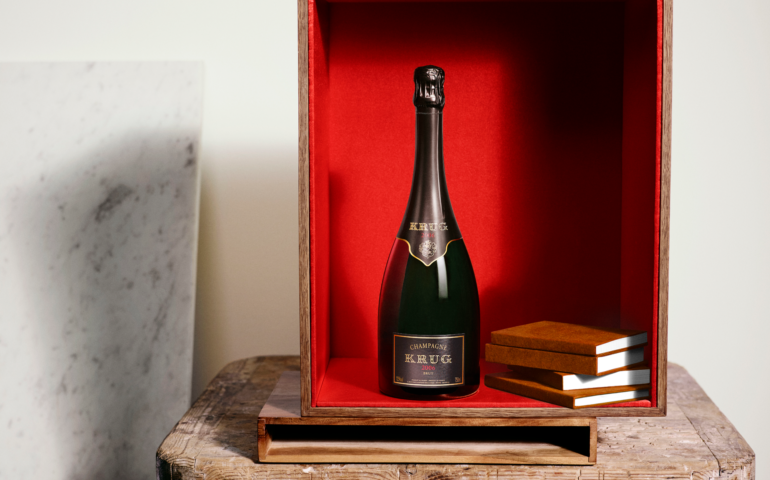 When Joseph Krug set up his own house in 1843, he began creating a Champagne quite unlike any other. 176 years later, nothing fundamental has changed in Krug’s precepts of winemaking.

Krug, however, stuck resolutely to oak because the micro-aeration that barrels provide resulted, paradoxically, in protecting the infant wine from oxidation, while also enabling additional flavour complexity.

Krug is always careful to only make a vintage bottling in years that genuinely merit the ‘vintage’ tag. Historically, the house has always been open minded , even maverick, about the source of its grapes and what stands out is the team’s attachment to its favourite parcels across Champagne, which it buys year after year.

It’s a great champion of Pinot Meunier, which gives a little extra fruit and mouthfeel, even to its top vintage cuvées. Take the 1981, one of the greatest years of the 20th century, which has no less than 20% Pinot Meunier in the blend.

And so to 2006 and the latest vintage to be released by Krug. It was a hot summer in Champagne with extreme highs and 23 days over 30°C. The mercurial climate swung from hot, dry periods to intense rainfall in August. Vitally, the sun shone throughout September, making Pinot Noir – from the Montagne de Reims but also Les Riceys in the far Aubois south, and representing almost half the blend – the star of the show.

The vintage is a real charmer with its silky roundness and classic texture, to be enjoyed from 2020 in the full impact of its seductive fruits. In comparison, the 2004 is statelier, marked by great Chardonnay of fine structure.

After the first fermentation, the wine is stored in stainless steel vats for optimal freshness.