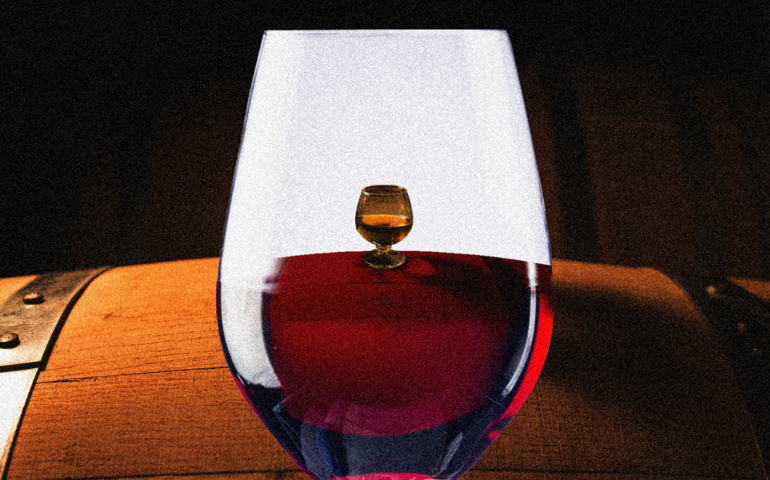 All whiskeys, regardless of provenance, require a period of oak aging before release. The duration and type of casks used differs with regional regulations, but the process is crucial to providing the spirit’s caramel color and signature flavors like vanilla, baking spices, dried fruits, and more.

Within the past 20 years, some distillers have adopted a new aging process, quietly revolutionizing the whiskey category. Called cask-finishing, the technique sees a fully mature whiskey aged a second time, in a used oak cask that once held another alcoholic beverage. Scottish distillers, including Belvanie and Glenmorangie, pioneered the technique, repurposing old sherry butts for limited-edition releases.

When any beverage ages in oak, it draws flavors from the wood, while simultaneously imparting its own notes on the oak. By using former sherry casks, the distillers could introduce these flavors to their spirits — without falling foul of local regulations controlling the beverage’s production. (Scotch whisky regulations do not allow distillers to add any type of flavoring, ever.)

Distillers have since expanded their experimentation, using barrels that once housed everything from Port to Madeira to beer and wine. Wine barrels, in particular, are an incredibly versatile resource, as they are abundant in wine-producing regions of the U.S. and Europe, and provide a range of different flavors.

If they have a distinct flavor profile in mind, distillers can be selective about the wine barrels they use. Barrels that once held bold varieties like Cabernet Sauvignon, Syrah, and Zinfandel impart dark fruit notes and a tart, acidic, zing. Lighter reds, such as Pinot Noir, give lighter, spiced, earthy notes.

Though less common, some distillers choose to age their whiskeys in former white wine barrels. Chardonnay is usually the former tenant of these casks, as maturation doubles down on the spirit’s green fruit notes. For a richer, more luxurious expression, distillers turn to barrels that once held Bordeaux’s famous sweet white wine, Sauternes. Made using botrytized “noble rot” grapes, Sauternes’ golden raisin, honey, and stone fruit flavors are extremely desirable in many whiskeys.

Wine-finished whiskey typically arrives as limited-edition releases, making widely available options hard to come by. These five bottlings have fairly wide distribution and are an ideal introduction to the category: