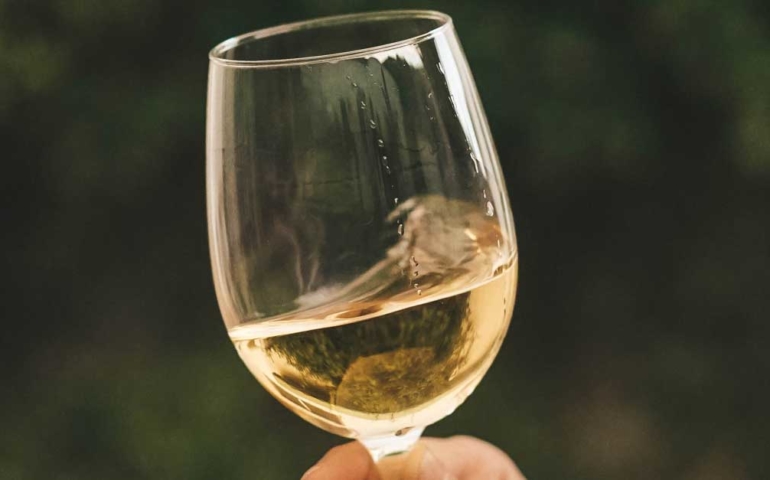 Many native grapes have teetered on the edge of extinction, only to be rescued at the eleventh hour. The heroes of these local agricultural endeavors not only took a stand to preserve their heritage, but work to promote it as well. Godello, a white wine grape hailing from Spain’s northwestern region of Galicia and most notably in Valdeorras, is a noteworthy entry in this story. It offers rugged, river-tinged intrigue firmly rooted in its distinct location.

The revival of Godello began as, literally, a “REVIVAL” — which is an acronym for Reestructuración de Viñedos de Valdeorras, or the “Restructuring of the Vineyards of Valdeorras.” The program was spearheaded in 1974 by Horacio Fernández Presa, at the time head of the region’s agricultural office, and who went on to become a founder of Bodegas Godeval.

“A lot of people in the latter part of the 20th century were ripping up old vineyards, trying to plant stuff that was more productive, more in fashion,” says Steve Graf, co-founder and brand manager at Valkyrie Selections, which imports Godeval. “He [Presa] saw the opposite and said, ‘This is our heritage, and so we owe it to ourselves and our future generations to protect ancient varieties like Godello.’”

Although Godello is steeped in tradition — Valdeorras has been recognized as a DO (Denominación de Origin) since 1945 — winemakers are not afraid to work with it in a variety of ways. According to AJ Ojeda-Pons, beverage director at New York’s Mercado Little Spain, “The best expressions of Godello … have been fermented in stainless steel tanks, and some others in neutral wood vats, or a combination of both. Some contact with the lees, not super-extended, imparts a nice complexity, too.”

Jessica Sayler, restaurant and wine program manager at Cúrate in Asheville, N.C., commends Godello’s “stainless steel version,” saying “the minerality, the basic things of the grape, really show through. The acidity comes through on stainless.”

An easier sell might be to compare Godello to America’s go-to white wine grape: Chardonnay. “The oak-aged Godellos are easier to sell. It’s easier to compare them to other Chardonnays,” Sayler says.

Ojeda-Pons has a more humbling personal experience relating Chardonnay and Godello: “The first time I had Godello was a blind tasting. Naturally, I didn’t guess it correctly. I confused it with a premier cru Chablis,” he says.

Graf, meanwhile, leads his introduction to the grape for newcomers by calling Godello “Spain’s white Burgundy.” “People generally know what white Burgundy can be, the profile of amazing fruit yet mineral …  kind of riding that line between richness and focus,” he says.

Despite its distinctiveness, Godello’s versatility can satisfy a variety of palates. Indeed, having asked several sources in this story for a familiar touchstone, a majority of them compared Godello to Chardonnay.

Where to Begin and What to Serve

Stainless-steel bottlings, like the two Valkyrie imports from Godeval, may be the place to start, Graf says. In these wines, he finds “bright, fresh green flavors and aromas, cut grass and wet stone.” The wines are “on the fresh, tangy side. Linear and long rather than broad.”

As far as defining characteristics, Eva Llorente Arconada, the commercial and marketing director at Bodega Viña Somoza in Valdeorras, notes the “typical salinity of Atlantic wines,” and a pronounced acidity that’s a hallmark of Galician wines.

Another of Godello’s attributes is its aging potential. “I think it’s probably a combination of minerality and growing on those slate soils that gives it a lot of phenological character,” Graf says. “The variety itself has a great balance of acidity and fruit, so over time it doesn’t become unwound.”

For more immediate Godello enjoyment, pair it with food. Seafood is a logical choice, but Arconada also recommends any creamy cheese as a partner. Ojeda-Pons also likes dairy with Godelllo, suggesting a pressed cheese sandwich. Alternately, he’d order pan con tomate with anchovies. Sayler’s pick of pulpo a la gallega offers a true taste of Galicia. “The pimentón on octopus pairs really well with the minerality, the dry, floral acidity, and the apple notes of the wine,” she says.

Of course, the ideal way to experience Godello would be in Galicia, contemplating a view of the River Sil that runs through the region. A little daydreaming never hurts, though, especially at a time like this.

For Graf, this old-vine bottling from Godeval stands as “a true representation of the estate and what they’re all about.” Like Sayler, he’s a fan of pairing Godello with pulpo a la gallega. The classic dish is “seared into the memories of anyone who’s able to go visit Valdeorras.” Average price: $21

“Neno” is Galician for “child,” and the wine Arconada selected as a starting point for exploring Viña Somoza’s range of Godellos. The Neno is aged on the lees for seven months. Average price: $23

Sayler’s first introduction to Godello was via this offering from Bodegas A Coroa. It’s a wine that lets Godello “shine on it’s own.” She finds plenty of white flower, herb, and citrus notes in the glass. Average price: $21

While Valdeorras may be Galicia’s best-known region for Godello, winemakers are also working with the grape in other areas. Raúl Pérez harvests grapes from Bierzo for his Ultreia La Claudina. Ojeda-Pons is a fan of this Godello made under flor, taking a page from the sherry book. Average price: $52

Sayler calls this Godello from Rafael Palacios “the most coveted coming out of Spain.” As Sortes is made from vines ranging from 35 years of age to over 90, and sees from seven to eight months time in 500-liter oak barrels (20 percent of which are new) before bottling. Average price: $58

The article Why Chardonnay Fans Should Consider Godello appeared first on VinePair.