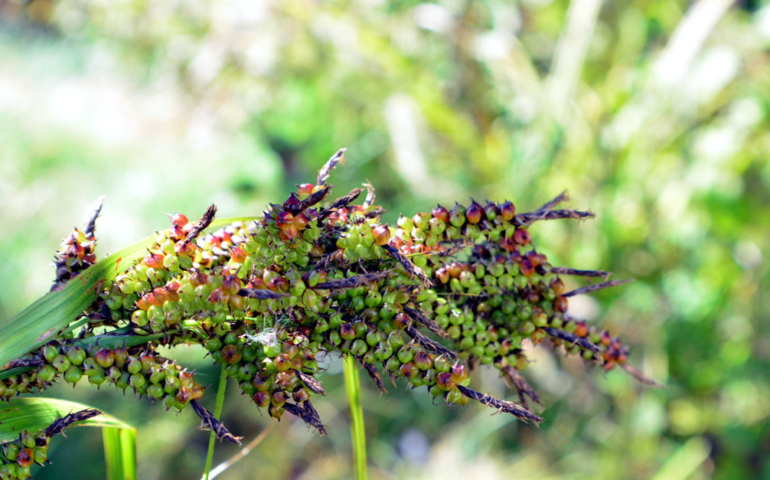 Baijiu is the world’s most consumed liquor by volume — by far.

A consulting agency, Brand Finance, recently released a study analyzing and ranking the most valuable spirits brands on the planet. The top three are all baijius: Moutai, Wuliangye, and Yanghe. Johnnie Walker sits in fourth place, just ahead of another baijiu, Luzhou Laojiao.

Outside of bartending and Chinese-American communities, however, shockingly few U.S. drinkers have tasted the spirit, and even fewer have acquired a taste for it. In a 2015 Buzzfeed video, tasters sampling Moutai for the first time expressed disgust and confusion at its salty-savory flavor and intense rotten aroma.

Buzzfeed’s video is designed to entertain, of course, and is intentionally dramatic. But it demonstrates the massive disconnect between this international powerhouse and an American drinks market historically primed to adopt new spirits. After all, we certainly took to mezcal and tequila.

When will baijiu become mainstream in America? And what’s taking it so long?

Kings Co. Imperial currently carries four baijiu brands, and Storm is interested in bringing others on board, “but not until we can get to the point where our staff feels confident speaking about each one,” he says. Storm aims to promote baijiu “not as some exotic product, but as something … delicious that our guests should be excited about.”

One of the challenges baijiu enthusiasts like Storm face is the breadth of the category. Not all styles taste the same, look or smell the same, or are even distilled from the same grain. To qualify as baijiu, a spirit can have a wealth of flavor profiles, and be distilled from sorghum or rice.

“Baijiu is a giant category. All it means in Chinese is ‘clear spirit,’” Storm says. “When I’m talking to our staff I say, ‘Saying baijiu is like saying rum. Think about how many rums there are in the world and how broad that spectrum of palates and styles of rum is.’”

Westerners who are familiar with baijiu likely know a single distillery. The world-renowned Kweichow Moutai makes a style of baijiu known as sauce aroma from sorghum, and has led the charge in international baijiu sales for decades.

“In 2018, Moutai sold 1,769 tons of product internationally outside of China,” Steaven Chen, chief operating officer of CNS Imports, which started bringing baijiu to America in 1982, says.

The U.S. makes up about 10 percent of Moutai’s international sales, Chen says, and American consumption has grown steadily in the past few years. Still, domestic Chinese demand vastly dwarfs the international market.

In the 1950s, Chinese premier Zhou Enlai was the second most powerful man in China, after Chairman Mao. Zhou’s favorite baijiu brand, Moutai, became the de facto libation of the Communist Party. When President Nixon visited China, he and Zhou toasted with Moutai.

“It was always aspirational, like ‘this is what the powerful people drink’ in China,” Derek Sandhaus, co-founder of baijiu brand Ming River, which launched in 2018, says. “When Kweichow Moutai became available through the free market, it quickly established itself as the No. 1 brand in the country.”

Of the four primary styles of baijiu, Moutai belongs to the most extreme. The “sauce” of “sauce aroma” refers to soy sauce, an accurate description of the baijiu’s salty, umami-rich smell and taste.

“Moutai is [akin to] a really peaty Scotch like Caol Ila or Talisker,” Sandhaus says. “If you like drinking baijiu, you’ll probably like this. But if you’re just getting into it, it’s probably too much for you.”

Rice aroma baijiu, a style distilled entirely from rice, tastes like a cross between vodka and junmai sake. Light aroma baijiu, which hails from northern China, is a bit of a misnomer. The herbaceous, spicy scents and flavors are understated, but these spirits pack a punch, clocking in above 65 percent alcohol by volume (ABV).

Strong aroma, the most common style of baijiu in China, hails from Sichuan province and accounts for 70 to 75 percent of the Chinese market, according to Sandhaus. If sauce aroma is a peaty Scotch from Islay, strong aroma is an easy-sipping blended whisky.

Until recently, baijiu cocktails were a non-starter because premium Moutai isn’t priced for mixing. (“Moutai has experimented with cocktails, but … it is not generally suitable for large-volume sales in a cocktail format,” Chen says.)

However, with the appearance of cost-effective brands like Ming River in 2018 and strong aroma Hong-Kong Baijiu (HKB) in 2015, more American bartenders can afford to experiment.

Sandhaus says that Ming River’s tropical flavors put it right at home in tiki drinks or in sours. Storm uses it in cocktails like the Ming River Mantis alongside Jamaican rums, apricot, ginger, lime, and nutmeg.

Esters, the aromatic organic compounds in strong aroma baijius like Ming River, for instance, give them their signature fruity funk. Centuries-old ferment is a point of pride for Chinese distilleries like Luzhou Laojiao, where Ming River sources its baijiu, but the resulting esters have unpleasantly synthetic associations for some Western drinkers (“like banana Runts,” Storm says).

‘It’s not a feast without alcohol’

At the same time, baijiu enthusiasts hesitate to lean too strongly on cocktails in the interests of cultural sensitivity. “The way that baijiu is consumed in China is anathema to cocktails,” Storm says.

In China the main place people drink baijiu is not at a bar but the dinner table, where drinkers might enjoy rounds and rounds of shots from tiny 1-ounce glasses. “There’s a saying in Chinese that roughly translates to, ‘It’s not a feast without alcohol,’” Sandhaus says.

One way to to respect Chinese tradition in the Western market is to serve the spirit at Chinese and Asian fusion restaurants, Charles Lanthier, HKB founder, says. “When you look at tequila, it was a massive success 20 years ago because of the Mexican food. There’s a natural harmony between the cuisine and the spirits.”

Anyone eager to understand the different flavors of baijius might try pairing them with their respective regional cuisines. The rice aroma baijiu of Guangxi and Guangdong provinces, for example, pairs well with the area’s delicate steamed and fish-based dishes. The savory flavors of sauce aroma and the sweet funk of strong aroma stand up to Sichuan cooking, which frequently involves bean paste, soy sauce, peppercorns, ginger, and garlic.

“We are definitely looking to push restaurants to add carafes of baijiu and the little, tiny glasses they drink it out of,” Sandhaus says. “If it helps, we’re going to give them that glassware they don’t have yet.”

Most American bars are international affairs, stocked with British gin, Scottish whisky, Russian vodka, French Cognac, Caribbean rum, Mexican tequila and mezcal, and more. Baijiu advocates are confident that this precedent, coupled with the diversity of the Chinese spirit category, will help it find its footing in America.

“The expanse of baijiu available in China and Eastern markets ranges in price from the cost of a can of beer to tens of thousands of dollars,” Storm says. “Even if there are classes of baijiu that are relegated to cocktails in the Western tradition, it’s kind of like drinking whiskey.

“You can have a bourbon with Coke or a blended Scotch with soda. And then in the same meal, you can reach up to the top shelf for a single malt Scotch and serve it straight as it was intended.”

On the accessibility scale, HKB sits somewhere between Ming River and Moutai. It explodes with fruit, like a papaya-apple eau de vie, which it layers with damp, sweaty funk, along with surprising baking spices that add a little zing. Average price: $40.

This light aroma baijiu from Kinmen Island smells musty yet sweet, like brown sugar-heavy barbecue sauce, and it leans sweet on the palate with vanilla, caramel, and cherry Jolly Rancher. Average price: $30.

When you’re finally ready to find out what all the fuss is about, pick up a bottle of Moutai. The famous baijiu delivers a good amount of butterscotch sweetness on the nose and palate, and layers that with a heady flavor similar to malty rye bread soaked in soy sauce. Average price: $20 for 375 ml.