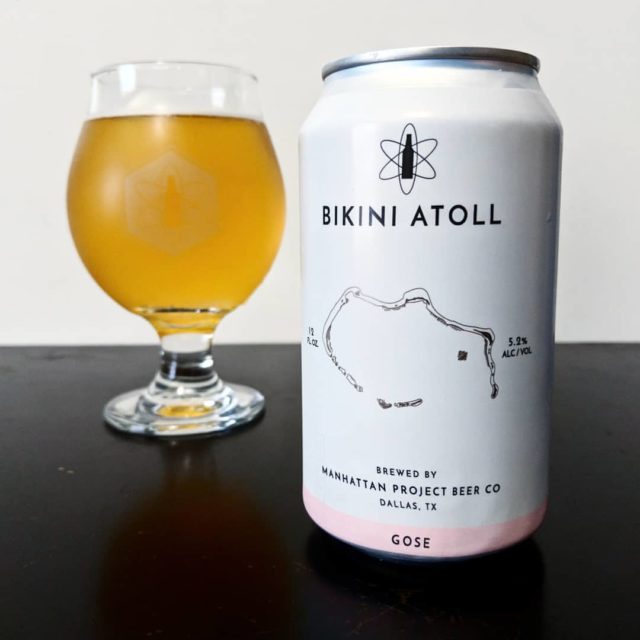 The Manhattan Project Beer Co., based in Texas, has received death threats, “significant harassment” and criticism on social media after it released a beer named after a nuclear testing site.

The Dallas-based business received complaints after it named a beer after Bikini Atoll, a part of an island chain that witnessed 23 US nuclear tests between 1946 and 1958.

In 1944, during World War II, the US took control of the Marshall Islands and subsequently began nuclear testing on Bikini Atoll. The region’s inhabitants were evacuated before the testing and the area remains contaminated.

The Manhattan Project has defended its decision to name the beer Bikini Atoll, stating: “Our beer named Bikini Atoll was not created to mock or trivialize the nuclear testing that took place in the Marshall Islands.

“Through our branding and naming, we are creating awareness of the wider impacts and implications of the United States’s nuclear research programs and the pivotal moment in world history that is often forgotten.”

The company added that it had received “significant harassment and death threats” and would make no further statement, nor take further action.

An online petition has been created to stop the sale of the beer at retailers including Whole Foods and Central Market. The petition calls the launch “bad form” and “insensitive at best”. In an update, creator of the petition, Bucky Taotaotasi, criticizes the brewery’s response and calls on the company to apologize.

In an open letter to Manhattan Project co-founder and co-owner, Misty Sanford, Jack Niedenthal, secretary of health and human services for the Republic of the Marshall Islands stated: “The bottom line is your product makes fun of a horrific situation here in the Marshall Islands – a situation that I promise you is still ongoing – to make money for your company. This is unacceptable to us.”

He added that the company should understand the degree of “pain and suffering” that the weapons testing continues to inflict on the inhabitants of the Marshall Islands. He said that the area has been “poisoned forever by the US government” and said that the island’s elders would be “appalled and thoroughly disgusted” if they heard that an American company had named a beer after Bikini Atholl.

“As a nation, the people of the Marshall Islands have one of the highest cancer rates in the world, all of our families can tell a personal cancer story that often times can be traced directly to the nuclear testing period, my family included.

“I highly encourage you to discard this ill-considered product forever, and moreover, I believe you need to issue a public apology to our people”, he said.

The group behind the Manhattan Project first came together in 2010. The brewery’s other beers include Pina Colada IPA Atomic Alliance, DIPA Double Half-Life, Inception, and Black Matter.

The company first launched its Bikini Atoll beer in 2017. In a blog post dated March 2019 announcing the relaunch of the Gose beer, the brewery posts a link to an article about Bikini Atoll as well as stating that the beer would be launched in the draft and in cans, while the fruited variation would just be available on draft.

Bikini Atoll has an ABV of 5.2% and described as a crisp and tart Gose with “low hop bitterness, saltiness and citrus flavors”.