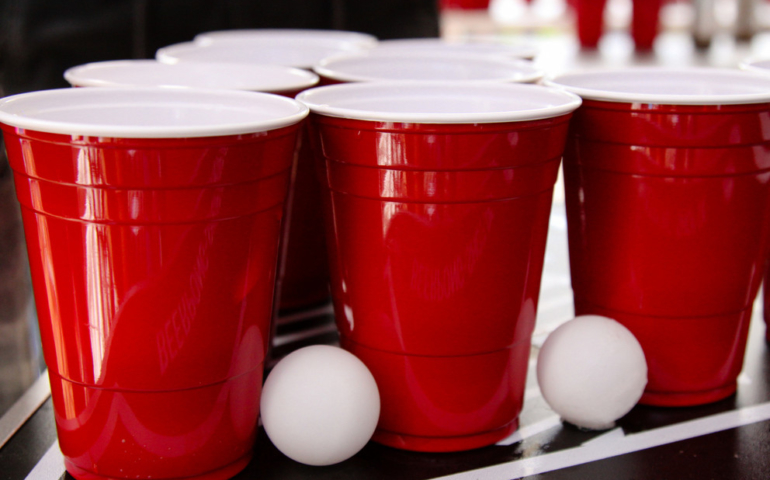 Top Drinking Games to Spice Up Your Nigerian Party – One day one of these games will make it to the Olympics.

Drinking can be all kinds of fun – even water is fun to drink if you know what it means to be dehydrated.

For alcohol drinking, the excitement sometimes is not only in the sipping of the wine, beer or spirit. The atmosphere matters a lot too.

That is why some people are wont to turn up at clubs, lounges and bars to share drinks with friends and family.

However, sometimes, the trip to the club or ‘drinking parlour’ can be boycotted for some home-made fun.

So while ‘cancelling’ bottles of alcohol over the weekend, here are top games that can spice up the fun for you.

This is a very intellectual game as a lot of topics can be explored, and as the name implies, you need to be fully concentrated not to default. Shamefully, when the alcohol begins to kick in, the sense goes numb, and the funniest answers in history are going to be heard.

The leader, with a tot in hand, goes “Concentration! Concentration!” and the others respond, “Concentration”. It’s time for all players to be focused on the next thing he says. If he goes “Names of drinks, names of drinks! Champagne,” you better not say something amiss or you are ‘slushing’ from the tot of gin.

Giving an answer that has already been given leads to a ‘slush’, as well as giving a false answer or countering a given answer and turning out to be wrong at the end.

Usually, some people have a bottle being passed around while the bottle in the centre with a tot, is reserved for the defaulting players.

Any number of players can play, but like they say, the fewer, the merrier.

Without much doubt, this is arguably the world’s most popular drinking game and it’s very popular in American colleges. That doesn’t mean it is not welcome in our explosive Nigerian get-togethers.

All that is needed is a long table, ping pong ball, 12-20 cups and of course enough BEER.

The cups are set up in a triangular form (like snooker balls) at either end of the table. Two players or a team of players take up either of the ends.

Players throw the ping pong balls in an attempt to land it on the filled beer cups. The player that misses automatically has to down the cup missed. But if a player hits the target, the opponent has to do the drinking.

The game ends when all the beer cups have been emptied, or probably when there is no more beer to play with.

This is a team game that involves both sets of players facing off against each other at opposite sides of a table.

There is a plastic disposable cup filled with beer or any other desired alcoholic beverage in front of each player.

The game begins with a customary toast where each player empties the contents of the cup in front of them. This is followed by placing the empty cup at the edge of the table, while a player tries to flick or lift the bottom of the cup for it to flip over and land face down on the table.

Only when the cup is successfully flipped and lands bottom-up on the table can the next person from that team start to drink, and the team that finishes drinking and flipping all its cups first wins.