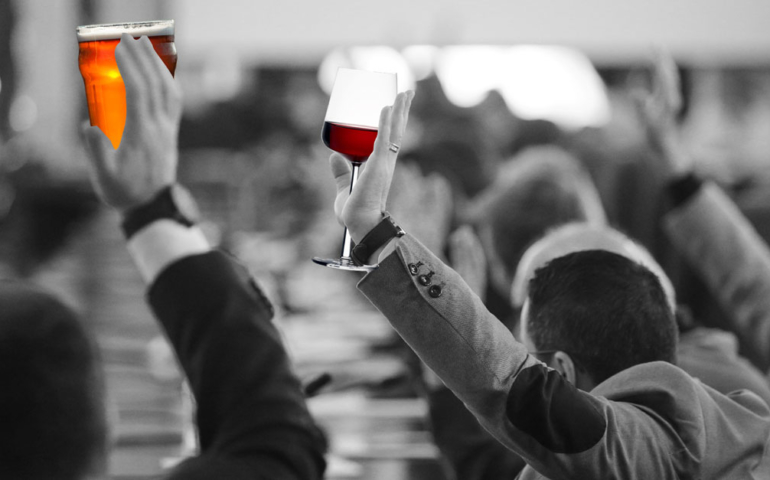 In July 2010, a newly elected member of the U.K. Parliament (MP), the aptly named Mark Reckless, issued a public apology after he missed a late-night vote because he was too drunk to take part.

“I remember someone asking me to vote and not thinking it was appropriate, given how I was at the time,” Reckless said.

He had overindulged at the Terrace Pavilion, one of nearly 30 bars within the Palace of Westminster open to MPs, staffers, passholders, and journalists. Reckless denied claims that he fell asleep at the Terrace, however, or that he took a taxi back to his constituency 37 miles away.

Reckless’s incident was one of many instances of what one national publication describes as “boozy MP culture.”

“Who would go to see a surgeon who had just drunk a bottle of wine at lunchtime?” Conservative MP Dr. Sarah Wollastan said in 2011, describing the “shocking number of MPs drinking heavily on the clock — often to the point where they were too drunk to stand up in debates and had “no idea” what they were voting for.

Arguably the most notorious of the Palace of Westminster’s numerous watering holes is the Sports and Social Club, located in the basement of the House of Lords.

In 2013, independent MP Eric Joyce was arrested following a fracas in the bar. And in December 2017, the bar had to be shut down temporarily after a brawl between two parliamentary staffers left one 64-year-old man hospitalized and a 57-year-old arrested on suspicion of grievous bodily harm.

The bar also has a grievously sexist reputation. In an interview with the Sun, Alice Bailey, who worked at the Sports and Social Club for nearly four years, says she was “regularly pestered for sex by men working in Westminster.” She also described a heavy-drinking culture where guests would regularly go through five bottles of Jägermeister a night, and where some MPs consumed as many as 12 pints of beer in a single session.

In 2017, news broke that a sign in the Sports and Social Club read: “The code of the man cave – rule #3. What happens here stays here! Violators will be shot – survivors will be shot again.”

While MPs are the ones physically propping up Parliament’s bars, it’s U.K. taxpayers keeping them financially afloat. In 2017, one national newspaper reported a controversial 8 percent increase in the annual subsidies paid to Parliament’s bars and restaurants, bringing the total to £2.7 million ($3.56 million).

Change, however, may be on the horizon. In January 2019, Parliament announced a decision to introduce a greater range of low- and no-ABV drinks, and to ban alcohol in certain establishments within the palace.

Bar and restaurant staff were also encouraged not to serve MPs who have had one too many, and politicians and staffers were contacted about refraining from returning to offices to drink after bars shut.

On a lighter note, the “guest ale programme,” a system that allows MPs to showcase their local brewery’s finest in Westminster, was left unaffected by the crackdown.

The article Too Drunk to Vote: The Truth About U.K. Parliament Drinking Culture appeared first on VinePair.