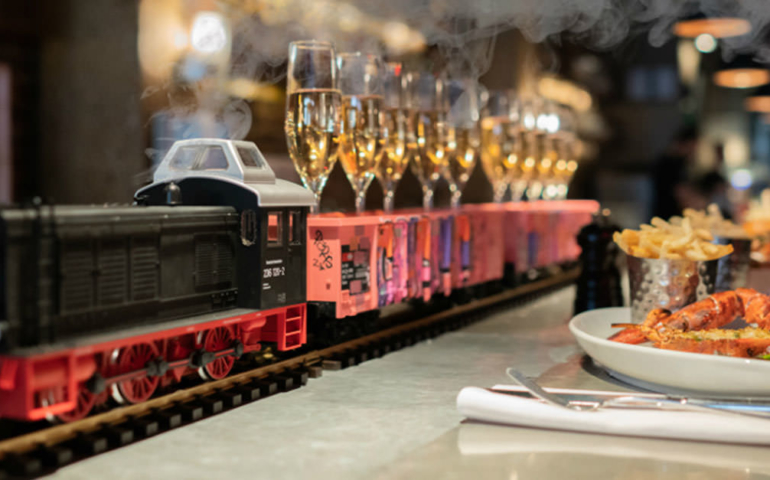 A London restaurant has announced a novel new bottomless brunch concept, and all we can say is we are “on board.”

International dining chain Burger & Lobster started in London in 2011, and focuses on just two ingredients (can you guess which ones?). The high-low restaurant last week announced its brand new “ChampTrain” experience, which will deliver flutes of Taittinger Champagne via a model train.

The miniature railway will run the 29-foot length of the bar in its Soho, London site. Tickets cost £25 (roughly $33) and will give guests 90 minutes of free-flowing Champagne to pair with its standard a la carte menu (essentially just burgers, lobsters, or a mix of the two).

So far, the Champagne train experience is only set to run at the Soho restaurant for three weeks beginning Friday, March 29. Here’s hoping it’s a runaway success, and will soon be introduced to Burger & Lobster’s NYC locations. (Otherwise, some last-minute flights to London might be necessary.)

The article This Restaurant Is Serving Up Bottomless Champagne Delivered by Model Train appeared first on VinePair.