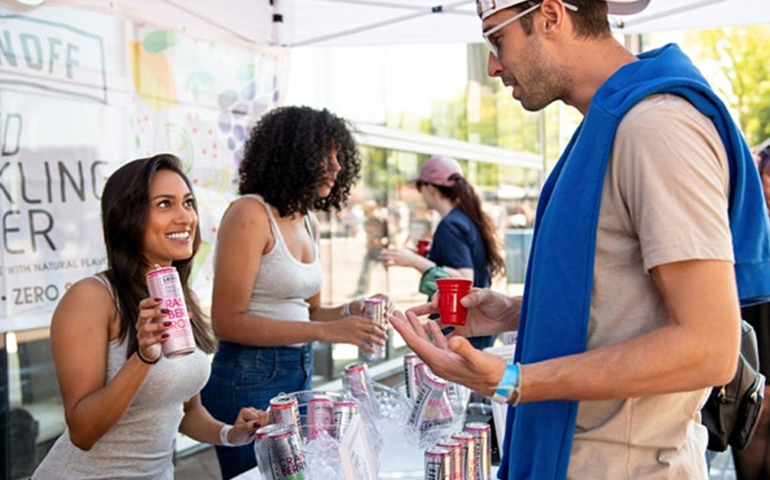 If you thought hard seltzer was already inescapable, just wait until spring.

Beginning in April, a new touring event called “Seltzer Land” will hit up several major cities around the country, aiming to build on the successful model of localized wine and beer festivals.

As reported by The Wall Street Journal, Seltzer Land will showcase category leader White Claw, as well as relative-newcomers like Natural Light Seltzer and Smirnoff Spiked Sparkling Seltzer. Recent converts and the seltzer-curious alike will be able to sample “over 100” different hard seltzers under one roof, supplemented by ample snacks and live music.

Seltzer Land, which includes special perks for VIP ticket holders, is produced by Cannonball Productions, a NYC-based “epic food and beverage events” company whose past events have included the Beer and Bacon Classic and the Cuervo Tradicional Taco Takeover.

Tickets are currently on sale for events in Minneapolis, Chicago, Brooklyn, and Seattle. Further stops on the tour have been planned for Nashville, Boston, Philadelphia, Denver, and Austin.

Denver, at least, is no stranger to the seltzer festival circuit. Fizz Fight, the “nation’s first” hard seltzer festival, debuted there last year, and is also looking to expand nationwide in 2020.

Like it or not, a hard seltzer festival is soon coming to a city near you.

The article This Hard Seltzer Festival is Coming Soon to a City Near You appeared first on VinePair.