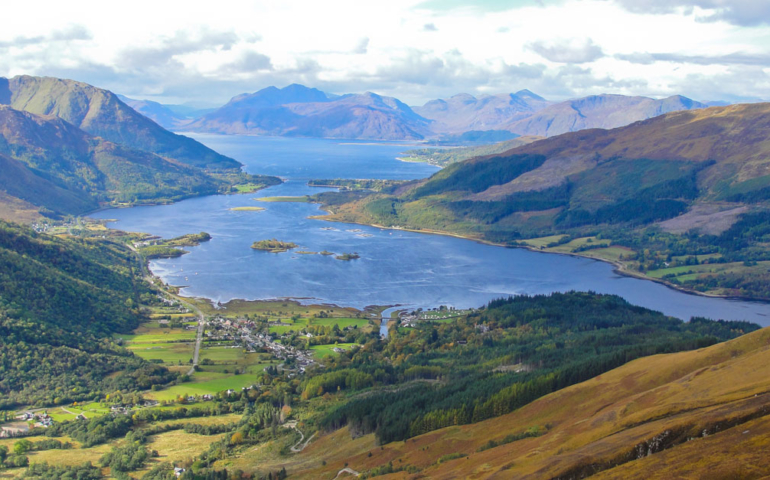 Loch Leven is one of more than 30,000 lochs (lakes) in Scotland. In many ways, it’s completely unremarkable. It isn’t the largest loch in the country — that distinction goes to Loch Lomond. Nor is it thought to be home to mythical monsters, like Loch Ness. Loch Leven does, however, provide a unique and distinctly Scottish venue for settling debates.

Eilean a’ Chombraidh, commonly known as the “Isle of Discussion,” is a tiny island located a short row from Loch Leven’s southern shore. For hundreds of years, arguing members of the MacDonald Clan were sent to the island by the clan’s chief and had to remain there until their disputes were resolved.

To help the feuding parties come to a swift and peaceful agreement, they were left with a supply of cheese, oatcakes, and Scotch whisky. When they eventually settled their disputes, the clan members rowed up the loch to Eilean na Bainne (“the Isle of Covenant”), where agreements were drawn up and sealed.

Using alcohol to end arguments might seem counterintuitive, especially if our Thanksgiving dinner tables are anything to go by. According to some sources, the traditional practice bore surprisingly peaceful returns. In the past 1,500 years, there’s apparently been just one homicide in the region.

There are no records detailing which whisky played the role of mediator, though a likely source could have been the historic Oban Distillery, which is located 30 miles south of Loch Leven. Founded in 1794, Oban is one of Scotland’s six oldest distilleries. Another potential source of whisky might be the Ben Nevis distillery, which lies 20 miles north of Loch Leven and was founded in 1825.

If you happen to frequent online forums like Reddit, you’ll know that modern-day “discussions” now involve at least two parties ignoring each other while attempting to prove their expertise on any given topic. To many, simply posting on the forum is interpreted as the online equivalent of throwing down your jacket and saying, “Let’s take this outside.”

The thought of taking a discussion to an idyllic Scottish isle, and solving matters over whisky, cheese, and oatcakes, couldn’t be more welcome right now.