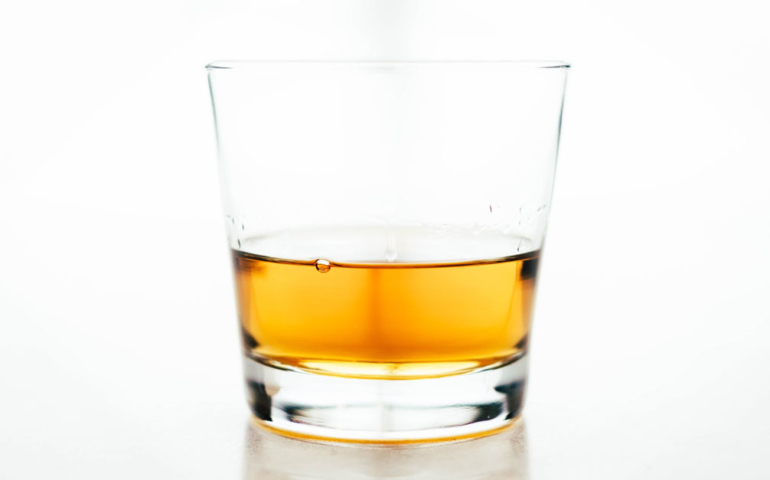 In November 2018, a bottle of 60-year-old Macallan single-malt whisky sold at auction for $1.5 million. It was the third such bottle to surpass the million-dollar mark that year and the third to smash the world record for the world’s most expensive whisky.

Things haven’t always been this way. In fact, when Macallan was distilling these expressions, circa 1926, the single-malt category was virtually unheard of outside Scotland.

Up until the 1960s, “the fortunes of Scotland’s commercial whisky industry was based entirely on blended Scotch,” Charles Maclean, a Scottish whisky specialist, tells VinePair. A look into the differences between each production method shows why this was the case.

Single-malt whisky is distilled in small batches using pot stills. The process uses only malted barley and, by law, the entirety of a bottled single malt must be made at the same distillery site. Blended grain whisky, on the other hand, is distilled from a number of different grains and utilizes larger-scale continuous stills.

Invented in the early 19th century, and also known as the column or Coffey still, continuous stills are more efficient and less expensive to operate. The variety of grains used in mash bills for blended Scotch are cheaper than malted barley. Grain whiskies lack the flavor of pot-distilled malt whiskies, however, so distillers struck a balance by blending the two together. (Once forbidden, this practice became legal following the introduction of Gladstone’s Spirit Act in 1860.)

At this time, Irish whiskey had a better reputation than Scotch because it was more consistent, Maclean says, and “without consistency, you cannot brand.” Blending allowed Scottish distillers to achieve a more regular product, and by the 1870s, blenders had perfected a formula that was “suited to the palates of London and the Empire,” he explains.

Thus launched the first “boom” of Scotch whisky. Britain’s rapidly expanding rail network helped with distribution and a “fashion for all things Scottish” was led by Queen Victoria, Maclean says. Most importantly, European vineyards had been devastated by phylloxera, meaning that brandy and Cognac became unavailable. Brandy with soda had been the drink of choice for the English middle class, and so blended Scotch soon took its place.

Notably, malt whisky was still being produced at this time — it was a vital ingredient in blends, after all — but most was sold in bulk to blenders rather than in bottles to consumers. Outside Scotland, however, malt whisky was “pretty much unknown,” Maclean says.

Eventually and inevitably, however, fashions changed, production outstripped demand, and a string of events ranging from the Great Depression, to Prohibition, to the Second World War, devastated the Scotch whisky industry. Some distilleries revived in the 1960s, once again focusing on blended whisky.

All except one, that is. In 1963, William Grant & Sons-owned Glenfiddich decided it was time to introduce the world to malt whisky. “Sandy Grant Gordon, great-grandson of William, [was] so proud of our single malt that he makes Glenfiddich the first to be actively promoted outside Scotland,” reads the company website. “Consumers around the world used to drinking blended whisky, are initiated to the delights of single malt.”

At first, the distillery exported and promoted its malt whisky as “Straight Malt,” and then “Pure Malt,” before the term “Single Malt” was eventually coined and stuck.

“Glenfiddich was very farsighted in starting to promote their single malt,” Maclean says. “They had a 10-year first-mover advantage of the rest of the industry.”

By the 1970s, a number of other distillers started making and bottling small amounts of single-malt whisky. In 1980, there were a total of 27 single malts available. The following year, that figure hit 49 — “though most of these were very, very rare,” Maclean says. By 1989, there were 104 single malts on the market.

In 2006, the first “Malt Whisky Yearbook” was published. This first edition listed around 50 new releases in the year 2005. In the opening notes for the 2010 edition of the book, the editor notes that it’s “virtually impossible” to list all new bottlings of single malt.

And it’s not just in Scotland where the single-malt category is thriving. Today, distillers all around the world, in countries including Japan, India, Taiwan, Australia, Denmark, Finland, and the Netherlands are producing and selling their own expressions of pot-distilled, malted barley whiskey. Talk about farsightedness.

The article The Surprisingly Short History of Single-Malt Scotch appeared first on VinePair.