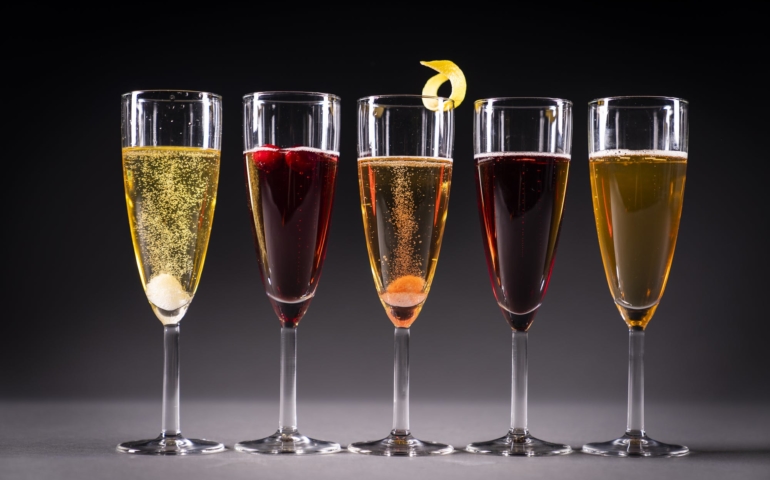 Sparkling wine is wonderful to drink on its own, but it can be even more enjoyable as the main ingredient in a cocktail. The most important thing to remember when making a cocktail with sparkling wine as the base is that the key ingredient is good quality wine. Using something cheap simply because you think it’s going to get mixed with other flavors is one of the quickest ways to not only make the drink taste bad, but also develop one nasty hangover.

While most people know how to make the mimosa (if you don’t, see this guide) there are four other sparkling wine-based cocktails every self-respecting host should know how to make. These are some of the most storied and famous sparkling wine-based cocktails out there, so it’s high time you learned how to make them! Plus, adding these four drinks to your tool belt will prevent you from simply adding OJ to a glass of Champagne any time someone wants a cocktail with bubbles, you amateur. 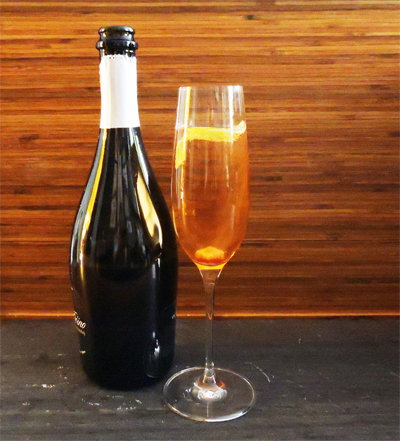 Considered the classic among these four drinks — it’s the only drink here that actually gets to call itself the Champagne Cocktail — this sparkling wine cocktail traces its roots all the way back to 1862, where it seems to have first been written down in the Bon Vivant’s Companion. The classic version allows the sparkling wine to shine, which is why choosing a high-quality one is important and features a nice balance of bitter and sweet.

Drop the sugar cube into a Champagne glass and soak it with two to three dashes of Angostura Bitters. After the sugar has slightly dissolved, fill the glass with wine and top with the lemon twist. 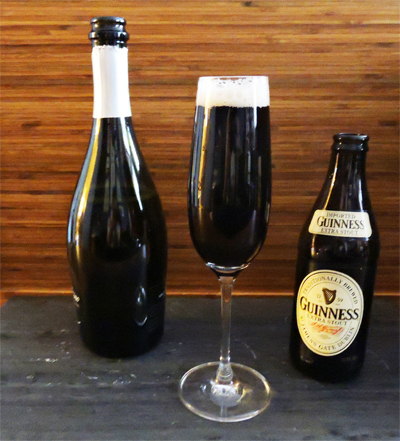 Around the same time the Champagne Cocktail was invented, a bartender at The Brooks Club in London invented this sparkling wine and Stout combo. Said to have been originally created to mourn the death of Prince Albert, the drink creates a band of golden wine topped with one of dark beer that is similar to the colors worn by mourners. The drink became popular in England, and now Guinness is pretty much the only stout used to make it.

Fill a Champagne flute halfway with sparkling wine, and top with Guinness. 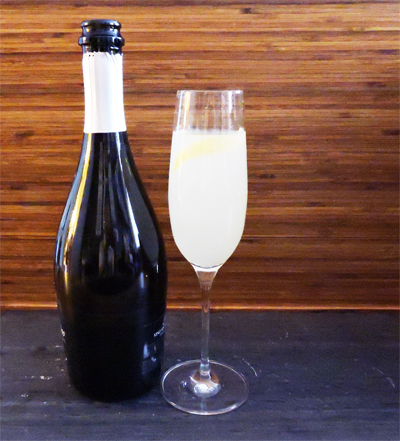 Invented in 1915 at Harry’s New York Bar in Paris, which was a favorite of Ernest Hemingway, the bar is also the birthplace of classic cocktails such as the Bloody Mary and the Side Car. The drink is a mix of gin, lemon juice, sparkling wine, and sugar. It’s insanely refreshing.

Fill a shaker with ice and add the gin, lemon juice, and powdered sugar. Shake vigorously. When chilled, strain into a champagne glass and top with wine. Add the lemon twist. 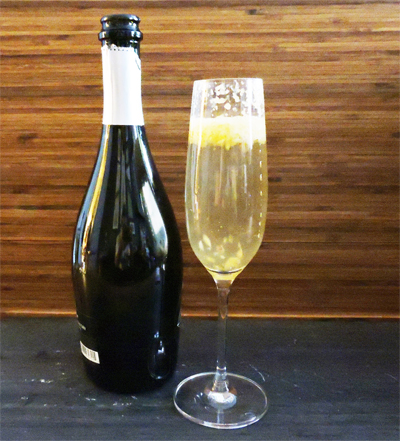 It’s unclear when exactly the Bellini was invented (Italians aren’t the best at keeping records!) but most think it occurred sometime in the 1930s or ’40s at Harry’s Bar in Venice (no relation to Harry’s New York in Paris) by Giuseppe Cipriani, who named the drink after his favorite artist. At this point, this drink has become just as ubiquitous as the mimosa, found on bottomless brunch menus everywhere, but it’s often made way too sweet, using peach syrup instead of fresh purée, which was never how the drink was intended to be consumed. If made correctly, this is a refreshing and dry cocktail that allows the true flavors of peach to shine through.

Place the peach purée in the bottom of a Champagne glass and top with the wine. Stir and serve