It’s safe to say that we have officially graduated from the days of bottomless Mimosas and DIY Bloody Mary bars. Be it a hangover helper classic like the Corpse Reviver No. 2 or Ramos Gin Fizz or spritzes or even a whole new genre of daytime cocktails, brunch-goers are demanding more from the bar than ever before.

One big trend in the brunch world these days is cocktails that are lower in alcohol, ideal for afternoon consumption. At the base of many of these drinks is sparkling wine, such as Italian prosecco. Enter Riondo, which has become one of the larger producers of DOC prosecco in Italy’s Veneto region in just over 10 years. The company believes in using the charmat method (in which the wine’s fizz is created under pressure in large steel tanks) to produce a lighter, softer sparkling wine — ideal for cocktails. Riondo offers three different styles of prosecco: the gently frizzante Spago Nero, to the more boldly bubbly rosé and spumante.

Once again, VinePair has teamed up with Riondo Prosecco to find the restaurants with the best brunch-time cocktails across the country — and you won’t be surprised to find that a good number of them involve a little bit of bubbly. Here are the ones that will leave you lingering at the bar long after the last plate of avocado toast has been cleared away. 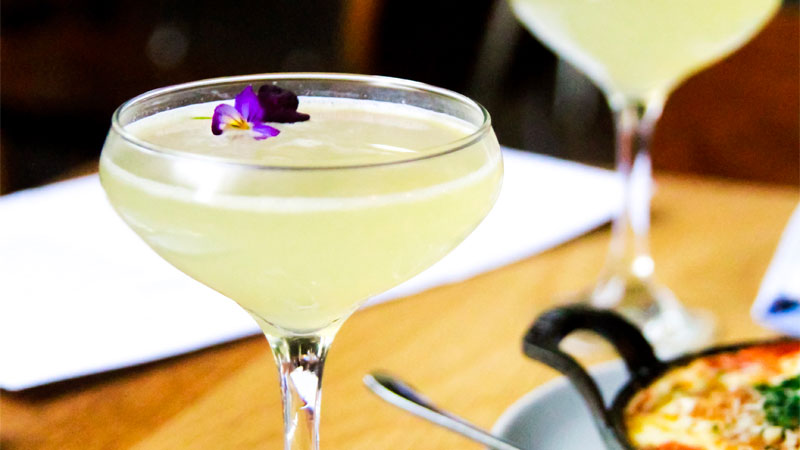 Brezza Cucina, from legendary chef Jonathan Waxman, has become a brunch staple in Atlanta’s Ponce City Market. Here, Waxman blends his enthusiasm for all things Italian with his California upbringing in dishes like the frittata with prosciutto, burrata, and kale. Stay in the savory vein when it comes to choosing a beverage with The One and Only, a light, fresh drink made with celery syrup, Don Ciccio fennel cordial (an Italian-inspired liqueur made in Washington, D.C.), gin and prosecco. 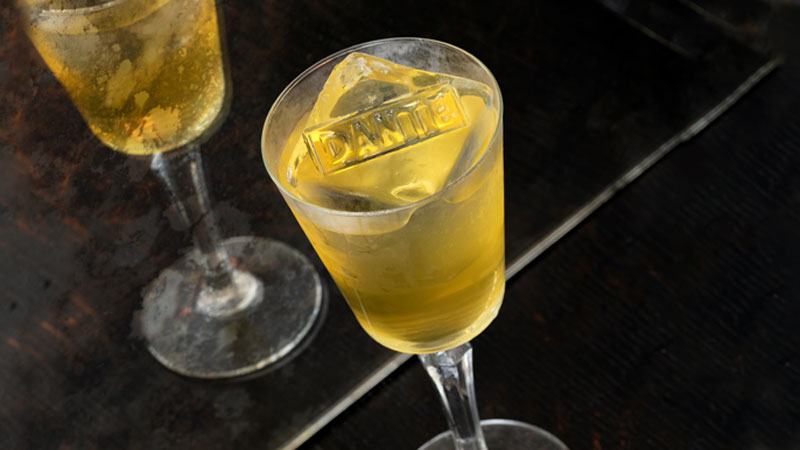 By now, you’ve likely heard of Dante, located in NYC’s Greenwich Village and dubbed one of the World’s 50 Best Bars. There, bar owner Naren Young has a reputation for offering many iterations of Italian aperitivi, like the Negroni and Spritz, but there’s more to his list than that. Consider the Clarified Milk Punch, a boozy concoction of Compass Box Scotch, Italian herbal liqueur Strega, peach, and chamomile, all topped with prosecco. Order a companion plate of cinnamon pumpernickel French toast with ricotta, caramelized bananas, and pecans to match.

Grabbing a table on the patio at the Pearl District’s Irving Street Kitchen is practically a rite of passage in Portland. There’s only one drink to consider in this instance: the citrusy Rosé All Day (Lillet Rosé, Crème de Pamplemousse, lemon and prosecco), a cocktail that tells you how to proceed right in its name. Then, the only choice left to make is between chef Sarah Schafer’s Moroccan Slow-Poached Eggs and the Guajillo Butter Fried Chicken & Waffles. 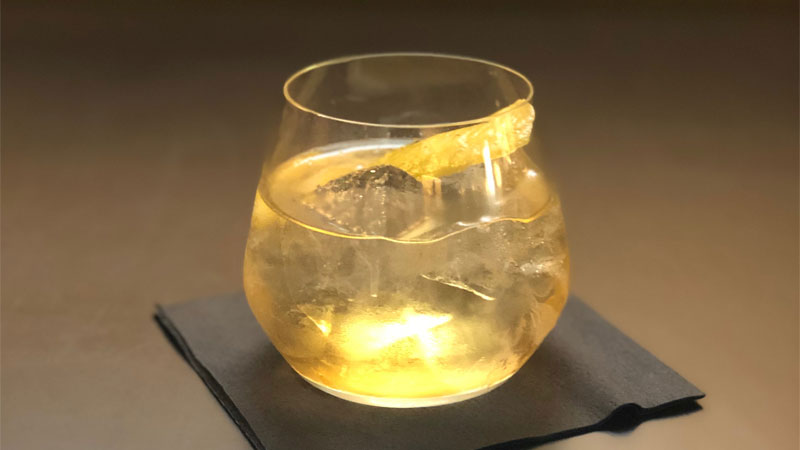 Hidden in plain sight just off the BQE (Brooklyn-Queens Expressway) in Brooklyn’s Williamsburg, Bar Beau is one of the prettier bars to open in the five boroughs in the last year. Once past the coffee bar facade, the whitewashed speakeasy has a horseshoe-shaped bar with a Mediterranean vibe — and drinks to match. Try the chic-ly named Gucci Flip Flops, made with sparkling wine, Combier peach liqueur, and Escubac (a gin-like botanical spirit) alongside the umami-rich breakfast udon from Bar Beau’s brunch menu, which just launched this spring. 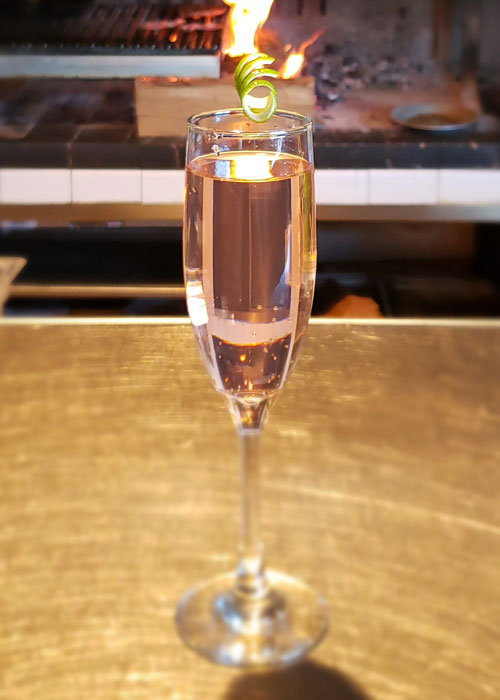 At LoDo’s Hearth & Dram, the food is all wood-fired and the drinks are mostly whiskey based — the restaurant has 300 different expressions from around the world behind the bar. But if you’re looking for something a little lighter in the warm Denver summer months, that’s there, too. Order the crab beignet or the avocado toast with housemade tahini and cool down even further with a Succulent Spritzer, made with Trakal (a pear and crabapple liquor from Patagonia), prickly pear liqueur, Chareau Aloe liqueur, cucumber, and a prosecco float. 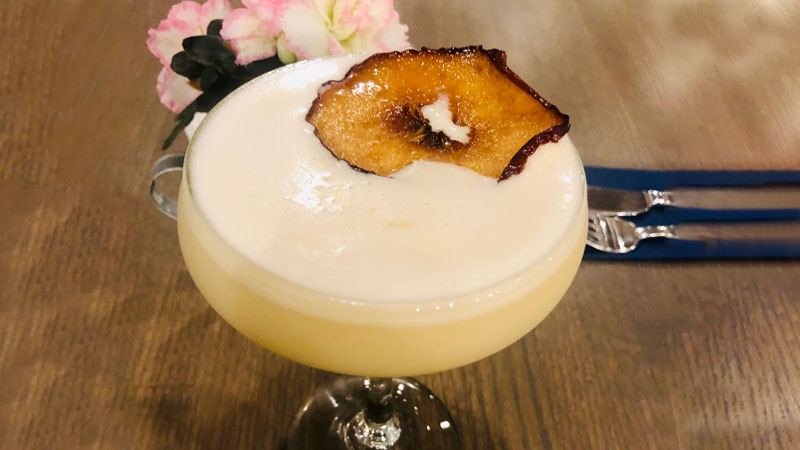 The Bertucci family has run Fabulous Freddie’s Italian Eatery in South Side Chicago’s Bridgeport neighborhood for almost 30 years, so when the three Bertucci sisters decided to expand with TRIA this spring, they already had a devoted following. To go with the brunch time farrotto dolce (oatmeal’s slightly sweet Italian sister) opt for The Oat Street Beach, made with vanilla vodka, peach purée, oat milk, and prosecco, which comes with a brûléed Granny Smith apple on top. 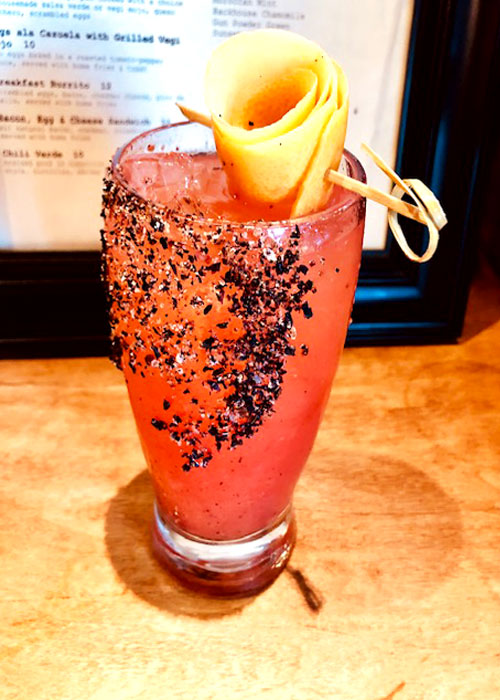 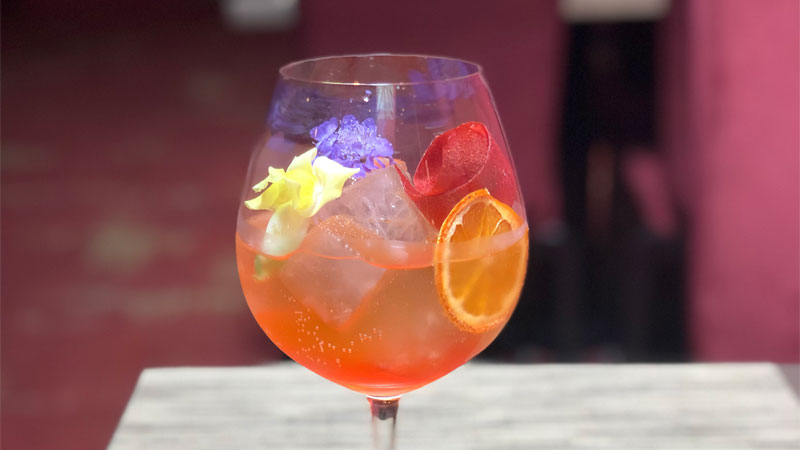 Guests will find Grand Tavern, from celebrity chef David Burke, nestled in the Angad Arts Hotel, which is fittingly located in the heart of St. Louis’s Grand Arts District. When it comes to day drinking, look no further than the AAH Spritz, which is made with strawberry-ginger-infused Aperol and prosecco, uniquely served with a homemade strawberry-ginger fruit roll-up. Not to be outdone by the bar, Burke isn’t holding back in the kitchen: Think brioche French toast, buttermilk pancakes and barbecue brisket with truffle mac & cheese “toast.” 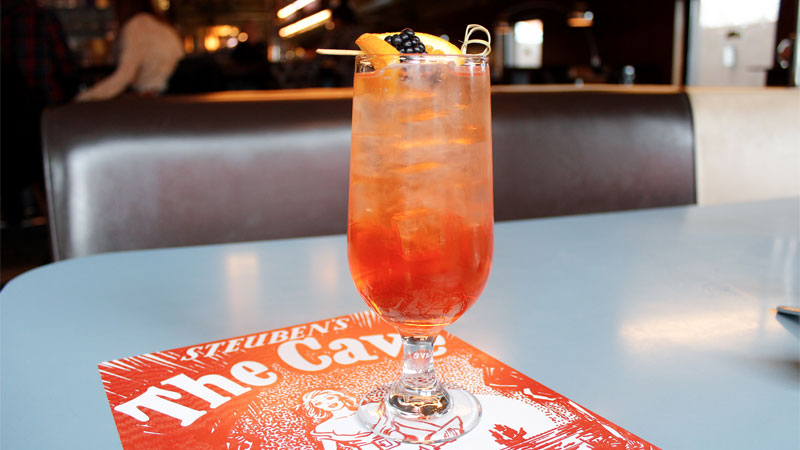 Steuben’s, with two locations in Uptown and Arvada, has been featured on the Food Network and for good reason: It’s a Denver favorite that’s all about making the old new again. Here, you’ll be faced with deciding between such elevated throwbacks as scratch biscuits and gravy and lemon ricotta pancakes. If making a choice is proving to be too much, let us handle your drink order. Get The Spritz, made with Aperol, Lillet Rosé, elderflower liqueur, bitter lemon tonic, and prosecco — one of the more decked-out spritz riffs we’ve seen in a while. 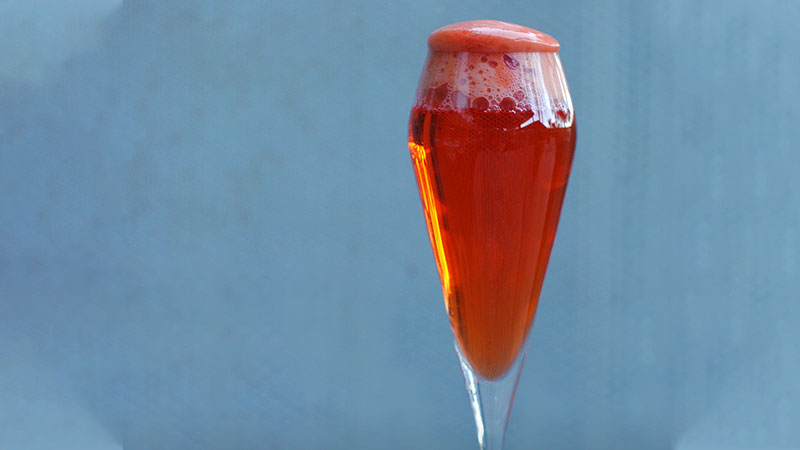 Located in the funky Hotel Valley Ho, this restaurant is as lively as the scene by the pool. With the help of local farmers and suppliers, get ready for a taste of the southwest by way of the Planks + Eggs (crispy potato planks, red chile short rib stew, fried eggs, cotija, lime crema, and scallion). The cocktails bring their own flair. Case in point: The Fizzy Lifting. Made with Aperol, prosecco, Campari-infused blood orange foam, and carbonated blackberry. It’s just what the doctor ordered to help you stay cool on hot desert days. 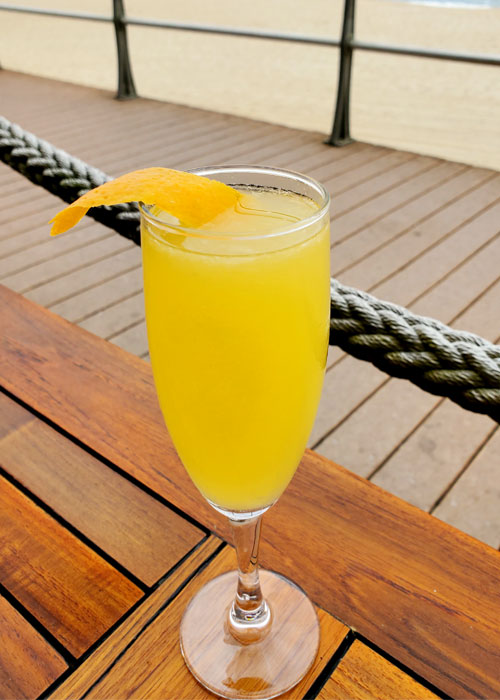 Transport yourself to Nice without ever having to leave the Jersey Shore. Do as the French do and dig into this modern brasserie’s top-of-the-line raw bar (who doesn’t want to start the weekend with king crab legs?) or simply go straight for a classic: the croque madame. Whatever you decide, the perfect cocktail to wash it all down is the French Mimosa, a combination of ginger syrup, absinthe, orange juice, and topped with prosecco — à votre santé! 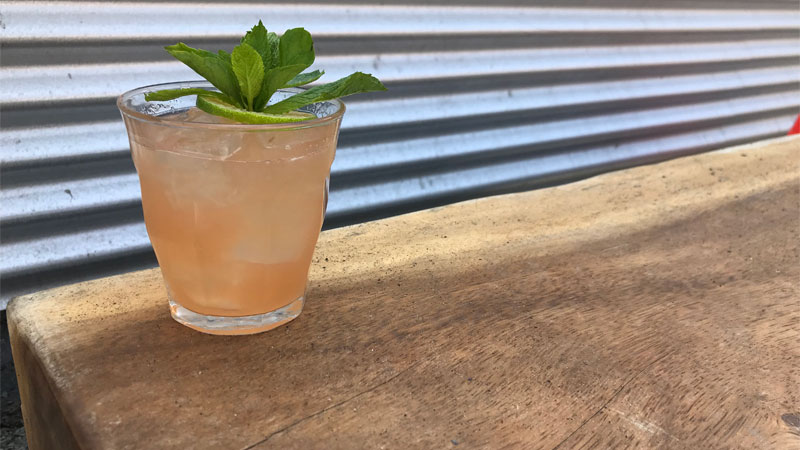 Named to Bon Appetit magazine’s Hot Ten restaurant list in 2018, from the start Denver’s Call has attracted more attention for its daytime menu than its evening offerings. The team behind the RiNo neighborhood spot, mostly alums from Colorado restaurant royalty Frasca, stays true to its motto — fresh, vibrant, craveable — both on the plate and in your glass. Ask for bartender Joe Buckley’s Love Mail, made with Cognac Park Saison Rum, rhubarb honey syrup, and prosecco. 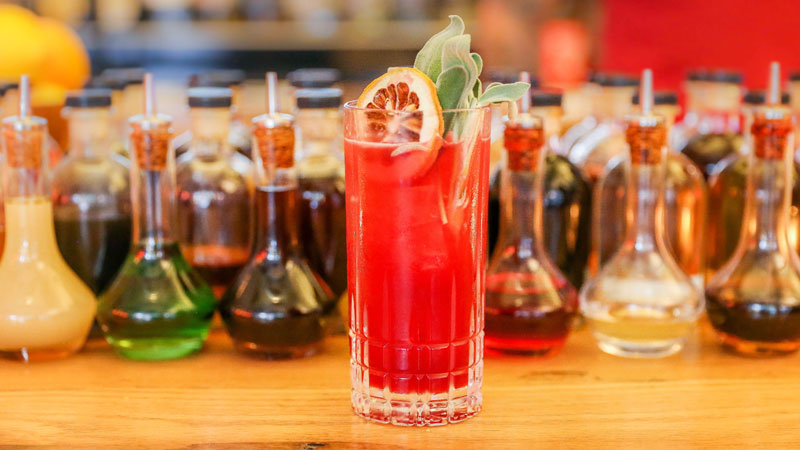 Lauded chef Harold Moore of Bistro Pierre Lapin is also behind this hip, brightly tiled, all-day spot in SoHo’s Arlo Hotel. Should more virtuous menu items, like a matcha & chia seed bowl or shakshuka, be calling your name, that means you can have an extra hot pink Hibiscus & Sage Highball. The hibiscus-and-sage infused vodka-based drink gets its sweetness from pomegranate syrup and its lift from a good dose of prosecco. And it won’t weigh you down too much for an afternoon of shopping.

This article is sponsored by Riondo Prosecco.