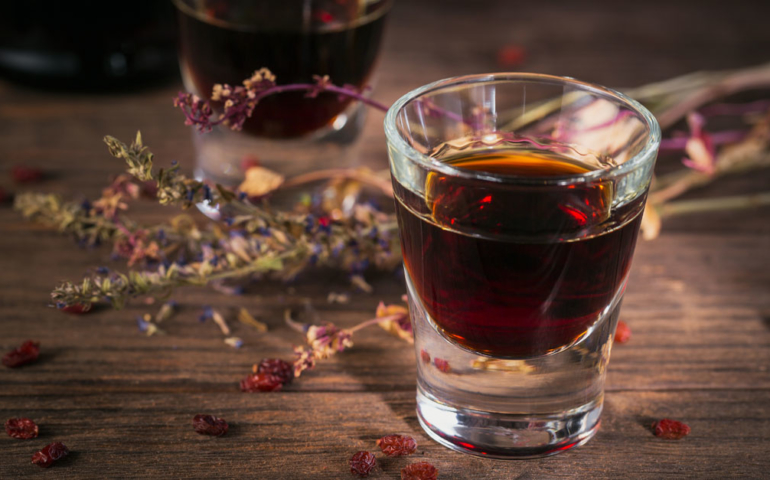 “People love amaro because of the vast range of profiles. It’s a category with offerings on a sliding scale: from sweet to bitter, and everything in between,” says Chris Struck, sommelier at Union Square Café in NYC.

The variety and versatility of amaro is what so quickly endears it to somms and casual drinkers alike, Struck adds. “Whether you enjoy it for its digestive benefits following a meal, have it in a coffee or cocktail or with a beer, or simply drink it for no reason or occasion, it is always appropriate.”

So, uh, what is amaro exactly?

According to Daniel de la Nuez, co-owner of Forthave Spirits in Brooklyn, “the word ‘amaro’ is a catch-all for bittersweet herbal liquors. While the name is Italian, they have been produced widely throughout Europe and less so around the world. In France, they are called amer, in Spain, ratafia.”

Centuries ago, amaro was considered medicinal. Today, the potent extract of herbs, barks, and other botanicals is less likely to cure your cold than to bookend a meal or bring people together around a table.

No one sits around calling out tasting notes in their amaro, because, well, if you smell cinnamon, they probably added cinnamon! Amaro is cool and intriguing, but easier to understand than the ways that fermented grapes somehow smell like vanilla, green bell peppers, or new leather shoes. The differences among various amari are largely due to the botanicals that grow near each producer. Each spiced sip is a story of that region’s biodiversity and microclimate — its terroir, in a way.

“We began as hobbyists at home for several years before we embarked on Forthave as a business,” he says. “We loved exploring, learning about and sourcing herbs from around the world, experimenting with how to extract flavors and aromas from them, and then building an amaro.”

For those looking to make their own amaro, he recommends starting small. “Try doing each botanical independently from others to really get to know it,” he says. “What is it like on the nose? What does it taste like? Is it clear or cloudy? Try it with a water infusion and then try it with ethanol. Some folks like to infuse all herbs together at the highest proof they can get, but that’s not something that’s worked well for us. Time is the most important variable. As a general rule, more time is something to embrace.”

Perfecting the process requires patience. Certain herbs do better with short infusions, de la Nuez says, because “some botanicals are pretty powerful. A tiny bit of clove can go a long way.”

“Whoever first started macerating artichokes probably thought it was a weird idea, but Carciofo is now a traditional Italian style. Experiment with some off-the-wall botanicals!” he adds.

For beginners, de la Nuez recommends the below recipe. Can’t find any of the below? No problem! You have his blessing to experiment.

There are three stages to this recipe. Start the first at least two-and-a-half months before you want to drink your amaro.

The article The Most Important Ingredient in Homemade Amaro Is Time appeared first on VinePair.