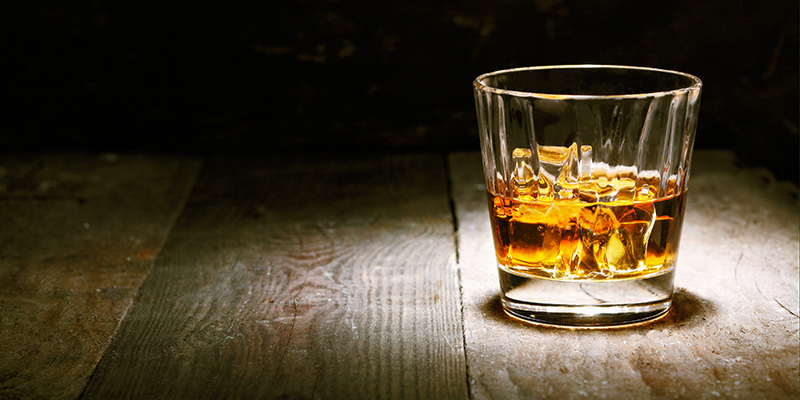 In the world of brown booze, Scotch often seems to be the most intimidating to novice drinkers. Between bourbon, rye, Irish, and the myriad other whiskeys, Scotch tends to carry the most unfortunate — and reductive — stereotypes.

“It’s Dad’s whiskey,” says Robin Robinson, whisk(e)y educator and consultant and a former U.S. brand ambassador for Compass Box Whiskey Co. “It’s for men. It’s smoky. It’s harsh. It’s ‘aristocratic’ or effete. One has to be a connoisseur or have pedigree [to enjoy it]. Everyone has a preconceived image of it, [but] it’s all garbage.”

With fall upon us, there is no time like exactly right now to take a look at this oft-misunderstood spirit and debunk the common misconceptions associated with it.

First and foremost, Scotch is a whiskey (not “whiskey” – we reserve that spelling for American and Irish versions), which is any spirit distilled from fermented grain mash (the cooked down mixture of water and grain). Simply speaking, the difference between the various whiskeys is the type of grain used for the mash, where it is produced, and its minimum aging requirements.

To be considered “Scotch,” the whisky must 1) Be made in Scotland (duh!); 2) Be made from malted barley; 3) Age for a minimum of three years; and 4) Have an ABV of less than 94.8 percent, (Bourbon, for comparison’s sake, weighs in at just 80 percent ABV). Many Scotches only use barley, water and yeast and are distilled in a pot still, while others use malt along with a blend of different cereal grains (usually corn and wheat.) To be considered a “single malt,” the Scotch must be made from barley and produced at a single distillery — not, as many are led to believe, in a single batch.

WHAT IS A BLEND?

Blended scotch is a combination of whiskeys from two or more distilleries. Blending can often highlight, or even create, different characteristics in the whiskey, whereas a single malt is meant to showcase a sense of place, much like terroir in wine. Most of us have been taught (erroneously) to believe that single malts are superior to blends (we’ve all seen Swingers), but experts disagree. Robinson says that it’s actually wine, rather than pop culture, that has gotten us to appreciate single malts.

“We learn to love single malts because we learn to love and appreciate varietal wines,” says Robinson. “When during the 80s, Americans discovered of the singularity of Pinot Noir, Cabernet Sauvignon and Zinfindel, each with its geographic locale and terroir, we made ourselves ready for single malts because they too reflect a singularity of place.”

Struan Ralph, a brand ambassador for Glenfiddich, believes that Scotch, like wine, comes down to what individual drinkers prefer for themselves.

“I don’t think it’s a case of better or worse [when comparing the two] since everyone has their own palate and sense of what style works for them,” he says. Though he adds that single malts can tell us more about what we’re drinking than can blends. “Certainly the one thing true of single malts is that each is unique and very much a product of the place they come from. That can make a single malt journey a more interesting and diverse experience.”

WHERE (IN SCOTLAND) DOES SCOTCH COME FROM?

As if knowing the differences between a single malt and a blend weren’t enough to digest when it comes to this whiskey, it’s also important to know that Scottish distilleries are grouped into five separate regions. The five regions are worth noting as they have historically produced their own styles of whiskey, which is especially important when it comes to single malts. Lowland scotches, like Auchentoshan, are generally considered the lightest in the body of the single malts. The whiskeys of the Speyside region, a tiny area in the central-eastern part of the country, are considered the most elegant in style. Speyside has the most distilleries in the country and is home to some of the most popular brands like Glenlivet, Glenfiddich, and Balvenie. Whiskeys of Scotland’s Highland region, like Macallan or Dalmore,  are generally a bit heavier bodied than Lowland’s, but certainly lighter and more elegant than those from Islay, which are often described as peaty, smokey and even medicinal in taste. Islay whiskeys are very distinctive in style and can be more of an acquired taste. Well-known Islay-style Scotches are Lagavulin and Laphroaig. And finally, there is Campbeltown, home to only three producers, most notably Springbank – whose styles are known for being rich, smooth, and refined.

Balvenie brand ambassador David Laird says Scotches that are smooth and sweet, like many found in Speyside, are typical favorites for beginners.

“[The] honeyed vanilla flavor can be more approachable to non-Scotch drinkers,” he says. “Especially if you have previously enjoyed Bourbon or Irish whiskey, which are generally sweeter.” 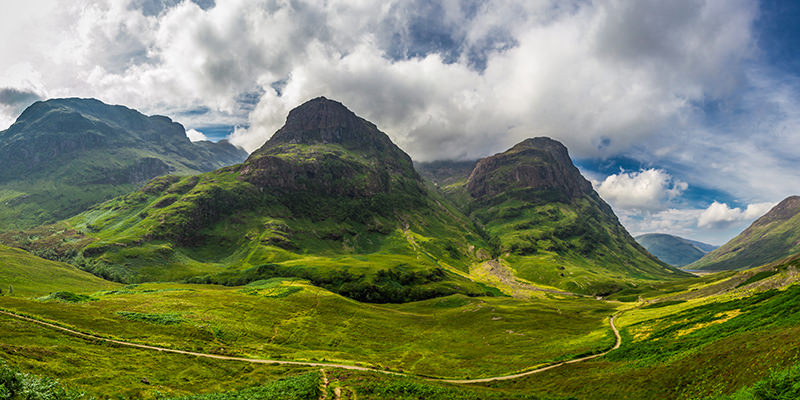 HOW DO YOU DRINK SCOTCH?

Laird stresses there is no real right or wrong way to drink Scotch. You should “enjoy your Scotch the way you like it,” he says. But for those who are new to Scotch, there are a few key tips to help you get the most out of your experience.

For starters, the vessel in which Scotch is served definitely matters —  just like with wine. Robinson says he opts for a narrow “whiskey” glass or a copita nosing glass (rather than a rocks glass, which he feels create an imbalance in the spirit and highlights the ethanol). A  stemmed white-wine glass can work too in a pinch, he adds.

Once you have the proper glass, now comes time to taste. A serving of Scotch is referred to as a “dram,” which is technically one-eighth of a fluid ounce (though few bartenders will measure it exactly, even in Scotland). Chances are if you order Scotch at a bar, you’re going to get something closer to an ounce pour—or if your bartender really likes you, closer to two. When tasting Scotch for the first time, Laird says the aroma or nose is just as important as the flavor or palate.

“Scotch has an incredible depth of flavor, but can also be pretty intense to someone new to this style of whiskey,” Laird says. “When trying scotch for the first time, try to nose [smell] the whiskey from a short distance above the glass so as not to get too much alcohol with the aroma.

After you’ve been introduced to the complexity of the whiskey’s aroma, Laird suggests taking a small sip first to savor the whiskey’s most prominent flavors. Then take another sip to allow the whiskey to reach all the parts of your palate. And don’t be afraid to add water. It doesn’t, as your friends might say, make you a lightweight. In fact, it can actually enhance the flavor. “Water will open up the flavor and also make the high alcohol more palatable for the novice scotch drinker,” says Laird.

Which brings us to ice. Whiskey on the rocks is one of the most commonly ordered drinks in bars across the world, but is adding ice a mistake? “There is nothing wrong with scotch on the rocks – especially if you prefer your whiskey that way,” says Laird. “It can make the whiskey very refreshing on a hot day.”

However, he warns not to add more than a cube or two — too much-melted ice means too much water, which will dilute the Scotch and mask the flavors by shutting down the aromas, which account for 90 percent of the flavors one detects.

ARE SCOTCH COCKTAILS A THING?

“Some of the great cocktails of history were made with Scotch,” says Robinson. “Now, with the new generation of bartenders who take care to craft the cocktail correctly, it’s a whole new game. The only sacrilege is running out of Scotch.”

Following is a list of classic cocktails in which, Robinson says, Scotch can play a starring role.