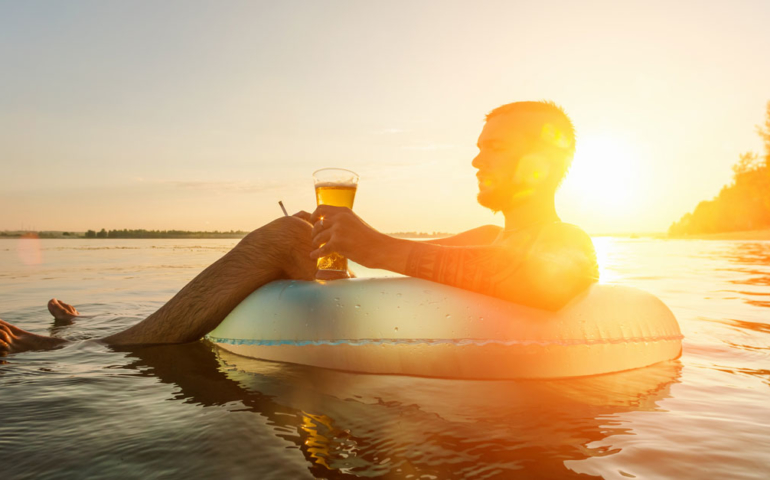 As winter temperatures plummet across the Northern Hemisphere, there’s no time like the present to plan a far-flung winter getaway to someplace warm — as long as it has excellent beer.

From laid back locales in Southern California, to Southeast Asian cities where citizens are enthusiastically embracing craft, these nine beercation destinations are VinePair-approved for winter 2019.

Standouts of Austin’s 37 breweries include Hops and Grain, with refreshing IPAs and pale lagers, and Blue Owl Brewing, which exclusively brews sessionable sours.

In North Austin, the women-owned Brewtorium is stylish, spacious, and versatile, brewing everything from Brut IPA to Altbier. The Black Star Co-op, a unique concept brewpub, pours its own brews alongside other local selections, with tasty snacks like spicy buffalo cauliflower.

No Austin beercation would be complete without a trip to Hill Country to Jester King Brewery. Spend a languid afternoon sipping spontaneously fermented wild ales and hoppy farmhouse ales with brick-oven pizzas.

Whether you aim to join or avoid the Mardi Gras revelry, New Orleans has a beer scene worth celebrating.

Near the Mississippi River, NOLA Brewing, established in 2008, is joined by Courtyard Brewery, Urban South Brewery, and Port Orleans Brewing.  The Avenue Pub is famous for its 24/7 schedule and big beer list.

For beers, wings, and fries, head to Junction, which is “laid back, unobtrusive, and comes without the bro culture,” Ashtin Berry, local bartender and activist, told VinePair.

It’s peak time to visit Miami. After getting your beach fix, head to Wynwood for beer and art. Depending on your beercation style, you can take a tour (Wynwood Brewery & Art Tour,
Wynwood Art and Beer Adventure), or venture out on your own.

Outside Wynwood, look for Funky Buddha in Oakland Park and MIA Brewing in Dora.

San Diego County has more breweries than any other in the nation, earning it the nickname “the capital of craft.”

In Miramar, visit Pure Project for NEIPAs, AleSmith for imperial stouts, Mikkeller for a colorful array of sours, and Green Flash for classic West Coast IPAs.

Breweries in the historic-yet-hip Gaslamp Quarter include Resident Brewing (located inside the Local restaurant) and Half Door Brewing. Stone Brewing has a taproom on J Street, as well as the Stone Brewing World Bistro & Gardens at Liberty Station.

Modern Times has two locations: the brewery in Point Loma, and the “Flavordome” taproom in North Park.

In Torrance, Monkish Brewing, Cosmic Brewery, and Smog City Brewing are close together enough for a brewery crawl.

Three Weavers in Inglewood celebrates community and diversity with beers like its soon-to-launch Komorebi IPA, a collaboration with Japan’s Coedo Brewery, in partnership with Japanese Craft Beer. (VinePair will be at Three Weavers on Feb. 27 to celebrate the launch of Komorebi IPA. More on that here.)

In Argentina, “a grassroots craft beer revolution is taking place, leaving a wave of converts in its wake,” Isabel Albiston wrote in Lonely Planet in 2015. Buenos Aires is at the center of that revolution.

Bodega Cervecera, a beer shop in Palermo, is known as one of the first establishments to offer Argentine craft beer brands to the city’s drinkers. Beer-centric local chains like On Tap are spreading across the town. BlueDog Beer Station, from the owner of local Grunge Brewing, serves Grunge beers alongside local “gypsy” brewer selections. Minta’s & Pura Birra Club pairs cerveza artesanal with gourmet burgers, pizzas, and salads.

Broeders brews European- and American-inspired ales made with local hops, malt, and water. Its beers are also on tap at its owners’ Cajun-inspired restaurant, Nola.

Rio is hot this time of year, and its beer scene is heating up, too. In the shadow of Anheuser-Busch InBev, which has two plants here, a growing number of beer-centric brewpubs and bars make the city’s independent spirit increasingly palpable.

Hocus Pocus, founded in 2014, has a brewpub in Rio’s Botofogo neighborhood. 3 Cariocas shows local pride with beer names such as Session IPA NEMA, an award-winning IPA named after the Ipanema neighborhood; and Saison du Leblon, named for the trendy beach area once owned by Frenchman Charles Le Blond.

2 Cabeças is another trendy outfit that collaborates with breweries including U.S.-based “gypsy” brewer Stillwater Artisanal.

Beer bars include Hop Lab in Central Rio; Brewteco in Leblon and Barra; and Bier en Cultuur in Ipanema.

This remarkably diverse, food-obsessed city-state can be as accessible or glitzy as you make it. Straddle both worlds at Level33, which claims to be the world’s highest urban craft brewery.

Smith Street Taps, located in a Chinatown hawker center, is a “nexus for craft beer geeks,” and Burger Joint offers burgers, bourbon, an international beer selection, and a cocktail program by Proof & Company.

In Tanjong Pagar, the trendy, neon-sign-lit Freehouse bar has 18 taps dedicated to craft brews, served alongside pub grub from fries to frog legs.

At Alchemist Beer Lab, “beer infusion towers” introduce novel ingredients to house-made brews. Little Island Brewing Co., from the same owners, is a microbrewery and smokehouse located near a beach.

Ho Chi Minh City is home to more than a dozen local breweries, and although many were founded by English-speaking expats, a majority incorporate Vietnamese ingredients and culture into their beers and taprooms.

Platinum Beer, established in 2014, is considered one of the country’s craft beer pioneers. Pasteur Street Brewing, founded in 2015 by Americans John Reid and Alex Violette (the latter an alum of Colorado’s Upslope Brewing), offers multiple award-winning beers, such as its Passion Fruit Wheat Ale, and Cyclo Imperial Chocolate Stout, made with cacao beans from a local chocolatier.