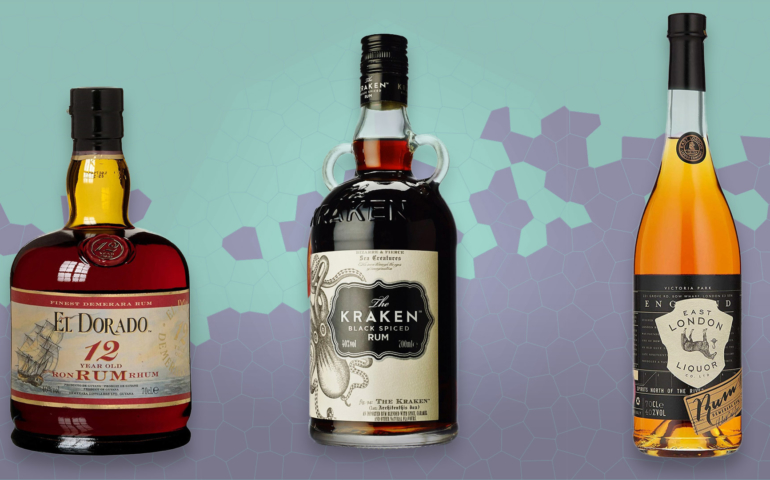 All rums can be sipped, but that doesn’t mean all of them are worth tasting. It’s the harsh and sad truth. At its best, rum can resemble a finely aged whiskey that has seen sherry casks throughout its lifetime — not overly sweet, but bursting with fruitiness and with a dryness and light smoke from the wood (presumably ex-bourbon) cask. But rum is not bound by the same regulations and standards that whiskey is, which leaves it prone to adulteration.

It’s an industry where transparency is at the forefront of most conversations, and some brands have addressed the matter by being clear about what’s in their bottles to separate themselves from brands that have duped their consumers. We wanted to round up a few bottles worth trying for spirit enthusiasts who have a love-hate relationship with rum, but really want to be convinced. These bottlings are the ones worth trying and will make you question why you ever wrote rum off in the first place.

While each of the Denizen rums is worth keeping on your list of must-buys, the Merchant’s Reserve is a standout amongst the trio. It was inspired by the rum used to make Trader Vic’s 1944 Mai Tai which employed J. Wray and Nephew 17-year rum as the base (a unicorn in the modern rum world), and tiki expert and owner of Smuggler’s Cove in San Francisco, Martin Cate, served as a consultant to get the rum as close to the original flavor as possible.

Merchant’s Reserve is a blend of 80% Jamaican rums, and 20% Grand Arome Rhum from Martinique — a similar formula to the original rum used in the Mai Tai. The blend is amber-hued and highly aromatic with notes of caramel, tropical fruits, banana, and spice to balance. It’s dry from the aging in ex-bourbon casks which makes it perfect for sipping and a standout in cocktails.

Foursquare, based in Barbados, is known for producing some of the best rums in the world thanks to its award-winning distiller, Richard Seale — they’ve even been considered as the Pappy Van Winkle of rums. The 2005 exceptional cask lives up to the high praise as it was the Supreme Champion at the International Spirits Competition in 2018, making it the first rum brand in the world to ever receive the accolade.

The rum is made from distilled molasses using a pot still and a traditional twin column still. The rums were blended and aged for twelve years in ex-bourbon casks. Bottled at 59% ABV, it is no light sip, but is an absolute must should you be able to track one down. If a coconut snickerdoodle existed in liquid form, this rum would be it, but honestly, its depth is worth pondering over and is one of the finest rums I’ve tasted to date. This initial release was limited to 12,000 bottles worldwide, but there are still a few hanging around at reasonable price points online so it’s worth buying.

Hampden Estate is known for its quintessential high-ester Jamaican rums and is a name well-known by all rum enthusiasts. After 250 years of only selling its rum in bulk to brokers for independent bottlers to buy, Hampden Estate has finally produced and bottled their own rum and it is a must-have for anyone who wants to enjoy an elegant flavor bomb of a rum.

Long fermentation times and natural yeasts create a distinct character with intense aromas associated with the brand. It’s aged for 7 years in tropical Jamaica and is made with 100% pot-distilled molasses. The flagship rum boasts notes of tropical fruit, overripe banana, petrol, and pineapple vinegar, making it an absolute must-have for both sipping and cocktails.

Appleton Estate, now part of  Gruppo Campari, is the oldest and most well-known of Jamaican distilleries. The brand has a range of flavorful rums, but the 21-year-old is one of the best in its lineup (which includes rums up to 50 years old).
The Appleton Estate 21 year old is aged for a minimum of 21 years in ex-bourbon casks. It is a beautiful tawny red-hue, and the flavors are not shy. Notes of orange marmalade, brown sugar, baking spices, oak, and toffee are prominent in this carefully blended rum. While it would be stellar in a rum Old-Fashioned, this expression is best left unadulterated and drunk neat.

The Real McCoy brand was founded by documentary filmmaker Bailey Pryor, who produced a film entitled The Real McCoy about Prohibition-era rum runner Bill McCoy. Pryor works with Foursquare’s master distiller Richard Seale to make the range of rums, and the 12 years is an absolute delight.

The blend consists of the column- and pot-distilled rums and is aged in ex-bourbon casks. While the only downside to this bottling is that it’s 80 proof, the flavors are still vibrant and worth savoring. The nose has hints of oak, earthy notes, and fruity chocolate, like a molé. The palate has toffee, some dry spice notes from the oak, orange zest, and a hint of smoke. It’s easy-sipping, and a great introduction to what an expertly distilled rum can taste like. 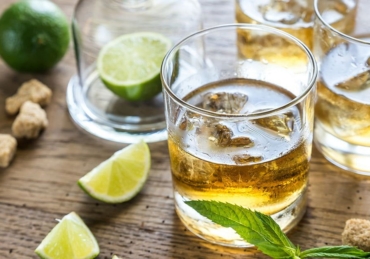 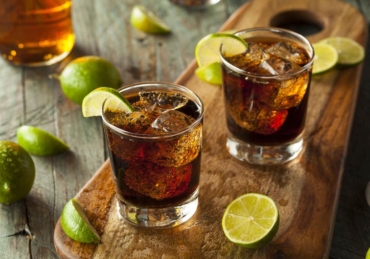 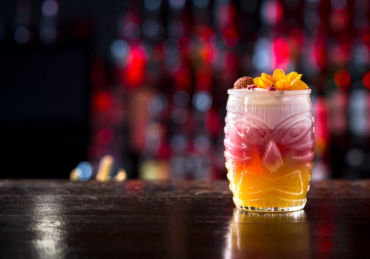 9 Great Rums Under $35, According to a Tiki Master