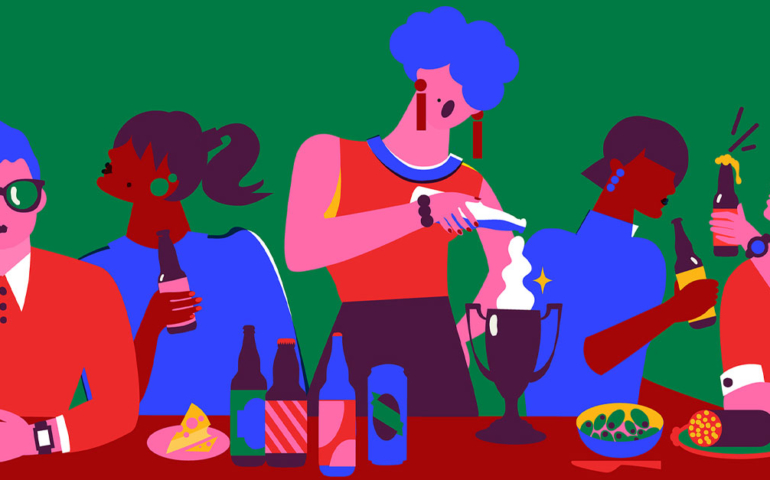 IPAs are a strange beast. First famous for bold, bitter flavors, then celebrated in tandem with how much they resemble juice or even milkshakes, the IPA is ever-evolving. As such, it’s easy to become overwhelmed by the range of IPA styles, rotations, and new releases. From hazy and juicy to clear and dry; boozy to sessionable to non-alcoholic; and East Coast to West Coast to whatever a Mountain-stye IPA is, this beer is incredibly varied.

VinePair took a look at the IPAs dominating tastings, headlines and bar tabs, and charted a list of the most important IPAs right now. This includes the ones everyone’s already talking about, plus those we should be — and will be — drinking more in the months to come. 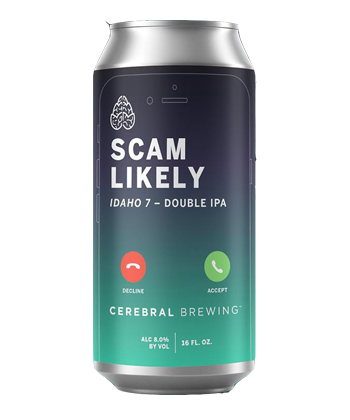 When a VinePair tasting panel first encountered Scam Likely, we were shocked by the can art and delighted by what it contained. Citra hops shine in all their glory in this candy-scented liquid, with mouthwatering peach and orange aromas followed by smooth, creamy fruit on the palate. Hailing from Colorado, “this is the West Coast NEIPA we never knew we always wanted,” one taster said. 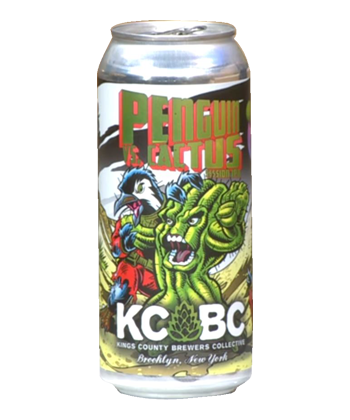 Comedian Jim Gaffigan inspired this session IPA when he said in a video that craft beers are “all bad,” adding, “I don’t care how beautiful the hand-drawn label is of a cactus wrestling a penguin.” KCBC’s admirable clapback has prickly, citrusy hops on the nose. Its use of wheat in the grist gives it a soft mouthfeel on the tongue, smooth as a penguin sliding on a snowy hill. A customer visiting the brewery called it “the haziest, juiciest session IPA I’ve ever had.” 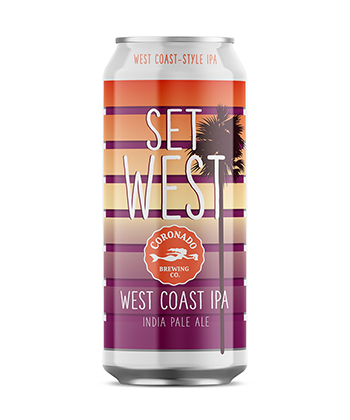 This dry, biscuity, citrusy IPA is exactly what a West Coast IPA should taste like. It has “freshly baked bread” and “fresh-squeezed orange juice” on the nose. Its malt and hop flavors are balanced. Finally, it finishes dry with a light, lingering bitterness. Coronado swims under the radar when it comes to IPA conversations, but don’t sleep on it. 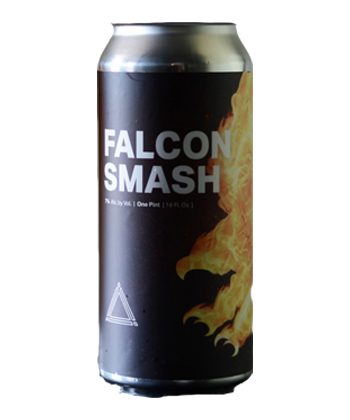 Triple Crossing’s flagship IPA helped put Richmond on beer nerds’ beercation roadmaps (including ours). It’s made with Falconer’s Flight, a blend of hops including several native to the northwestern U.S., as well as experimental varietals. The hop blend and this beer feature tropical, citrus, floral, and lemon notes. 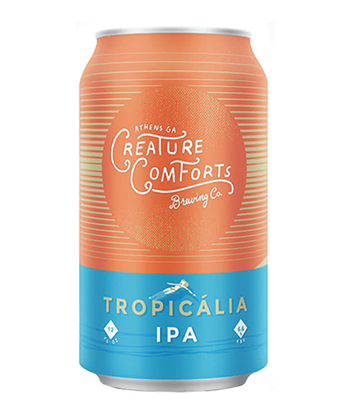 Named after a 1960s-era Brazilian art movement, Tropicalia has been spreading the vibes of not-too-bitter IPAs in Atlanta since 2014. It’s still the top-rated beer from the brewery, thanks in large part to how its Citra, Centennial, and Galaxy hops impart all their tropical, stone fruit, and citrusy flavors — and all without coating the palate in bitter hop resin. 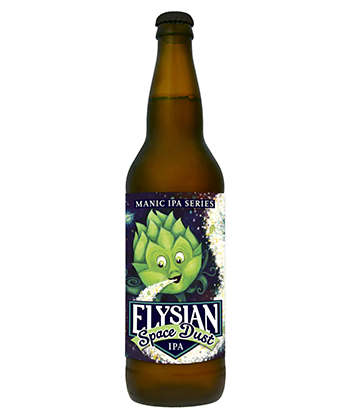 Elysian was acquired by Anheuser-Busch in 2015, and Space Dust still dominates. In 2018, it was one of a handful of craft beers that increased dollar sales in the double-digits, nearly 62 percent. It has bready malt sweetness on the nose, and then hits the palate with bitter grapefruit before it segues into brighter citrus notes. It finishes with a near-astringent bitterness, “like a tannic black tea iced and garnished with orange peel,” one panelist said. 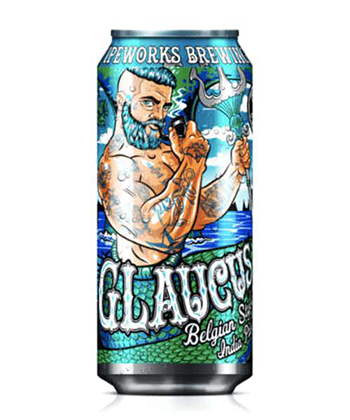 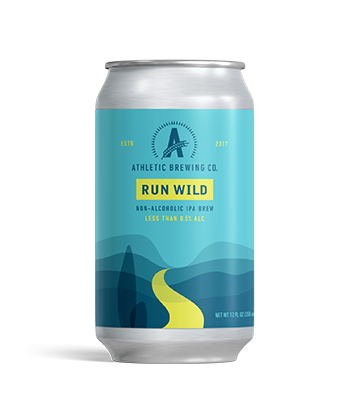 This is not only the best non-alcoholic IPA we’ve tasted this year, it’s also a good IPA, period. Made with all-organic grains, and a suite of herbal and citrusy hops highlighting Citra and Mosaic, it’s flavorful and full-bodied yet refreshing, with depth and balance one wouldn’t expect from a boozeless brew. 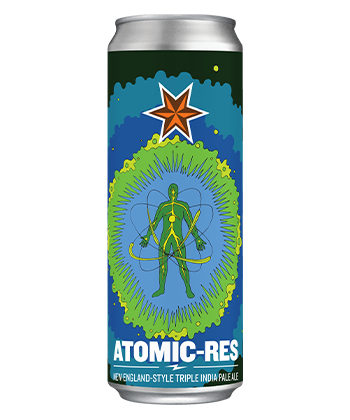 Sixpoint’s IPAs have metamorphosed in recent months. Atomic Resin is a good, albeit extreme example of this evolution. By far the booziest IPA on this list, it holds its alcohol well. Rich mango, passionfruit, and orange juice on the nose are mirrored on the palate, which has a smooth, creamy texture. “It’s like drinking a cocktail rather than a beer,” one panelist said. 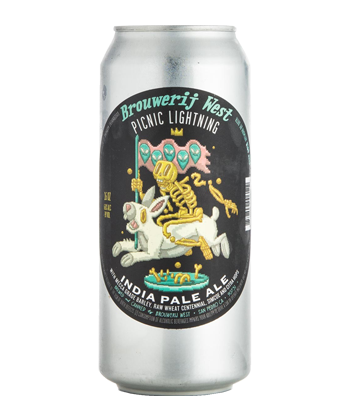 Although many Los Angeles breweries are still pretty staunchly West Coast style, this New England-style IPA from Brouwerij West bucks the trend and nails it. It’s herbal and citrusy, with lemon, lemongrass, and grapefruit aromas and flavors. It has a slight sweetness, but keeps tropical notes in check with underlying bitterness. “It puts juicy and earthy in one delicious, refreshing package,” one panelist said. 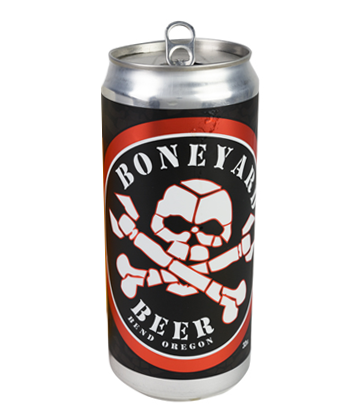 This Bend, Ore.-born IPA is boldly hoppy by design. It balances heavy-handed hop additions with bready malts and a medium-bodied mouthfeel, smoothing out the hops’ herbal edges with malty caramel notes. 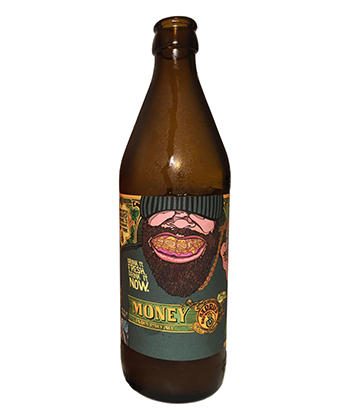 Barrier Money came from humble beginnings. Brewed on the South Shore of Long Island, N.Y., it has grown from hard-to-find jackpot to grocery store standby. It has “delicious” citrus and pine on the nose, our panelists said, plus a luscious, juicy mouthfeel and a finish that’ll make you want to grab another 4-pack. “If this is ever in your supermarket, grab it,” one panelist said. 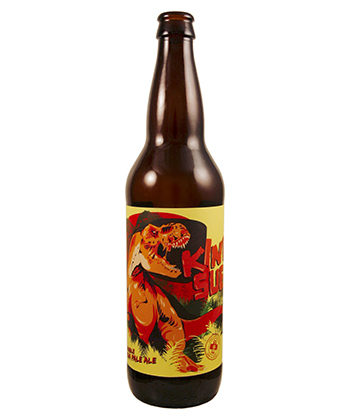 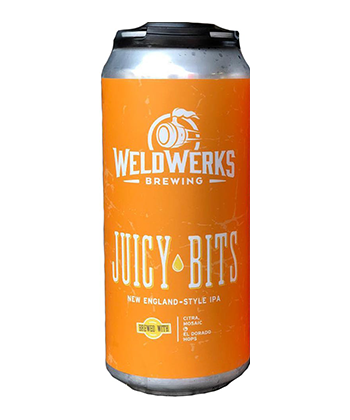 Whirlpool and dry-hop additions give this IPA its tropical aromas and flavors, plus a spicy kick that keeps things from getting too sweet. It also has a soft, freshly squeezed mouthfeel. 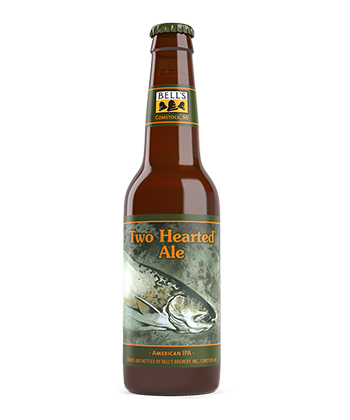 Bell’s Two Hearted has been voted the best beer in the country three years in a row by members of the American Homebrewers Association. It’s a unique feat, using only Centennial hops. In August 2019, Bell’s announced the near-future release of Light Hearted, a lower-alcohol, more subtly flavored version. We’re ready for it. 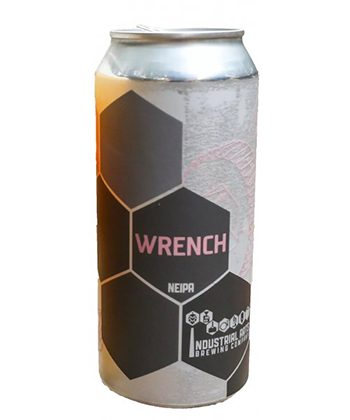 One of VinePair’s favorite beers, Wrench is the epitome of an exciting and reliable IPA for the modern age: hazy and intensely aromatic but balanced, with sticky peach and pineapple aromas hitting up against pithy citrus, followed by a spicy herbal finish. One panelist admitted they “always order this when it’s on tap.” 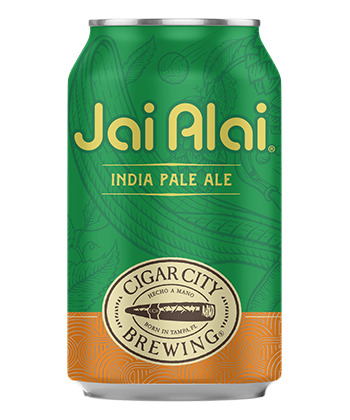 The young-at-heart grandfather of today’s juicy and hazy IPAs is tropical, balanced, and refreshing (despite its high ABV). It was the fastest-growing independent beer brand in the country last year for good reason. 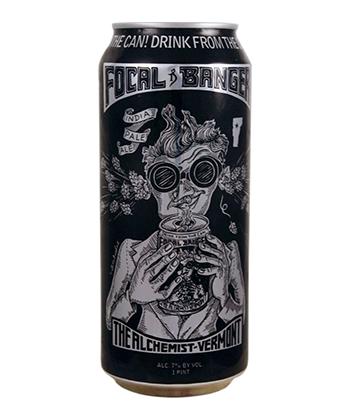 Heady Topper raised eyebrows when it introduced beer drinkers to its now-signature dank, aggressively hopped IPA style. At the time, Alchemist insisted buyers “drink from the can,” allegedly for the best flavor but really so we couldn’t see its turbid entrails. Little did they know it would start a hazy revolution. Focal Banger, its second beer, produced at its second brewery, is funky, fruity, full-bodied and bitter, and becoming more available. 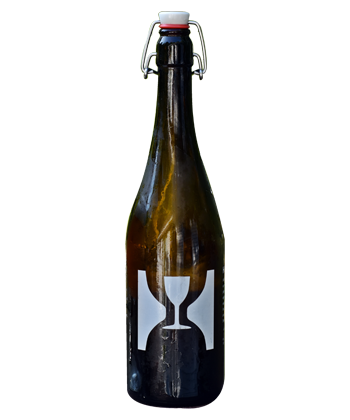 Susan is a head-turner. Sun-gold liquid and a sweet, perfumey aroma lead into a silky, mandarin- and tangerine-flavored body, plus notes of juicy pineapple. It has just the right amount of bitterness, too, making it well-suited on its own or paired with a light meal. 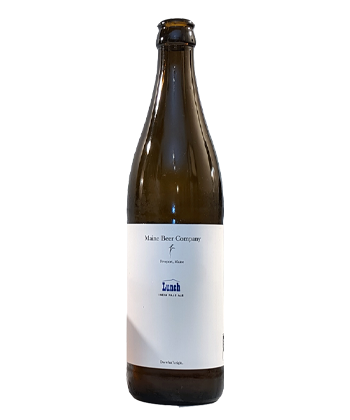 This IPA named for an actual whale belies its 7 percent ABV. “It’s so refreshing,” one taster said. Grapefruit, orange, and lemon on the nose combine with subtle earthy pine flavors, all weaving into a subtly sweet grist. “A young classic,” declared another panelist. 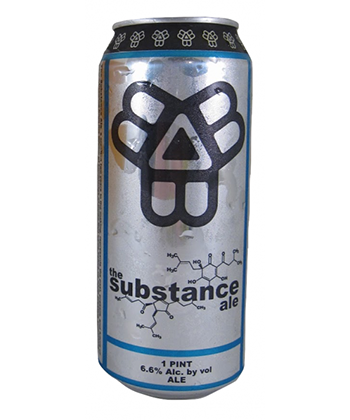 The Substance has been Bissell Brothers’ calling card since its humble beginnings in a graffiti-splashed glorified garage. It is still a gem. An adventurous mix of Apollo, Centennial, Chinook, Eureka, and Falconer’s Flight (why not?) hops create an earthy, herbal, floral, fruity journey on the palate, with caramel malts adding sweetness. Flaked wheat and oats impart a soft, silky texture. Even The Rock reportedly sends someone to wait in line for this beer. 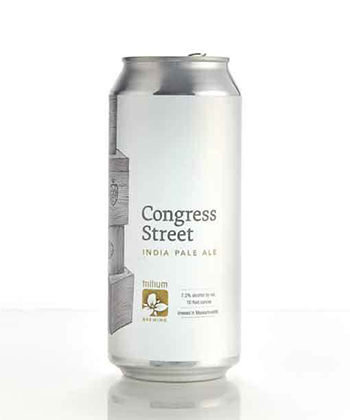 Congress Street IPA put Trillium on the map not only for Boston-area beer drinkers, but also in the landscape of game-changing IPAs. Galaxy-forward hop additions bring pine, melon, citrus, and tropical fruit together with light malt character in a happy, silky pool.

3. Other Half Forever Ever 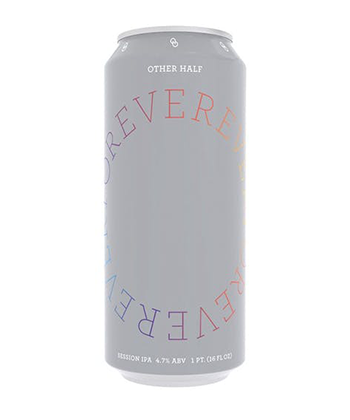 What’s more impressive than producing close to 400 different labels per year, most of them double-dry-hopped double IPAs? Producing one session IPA that has remained consistently delicious over the course of five years. Forever Ever is hopped with Apollo, Azacca, Citra, Jarrylo, and Mosaic hops. It’s Other Half’s unsung hero. 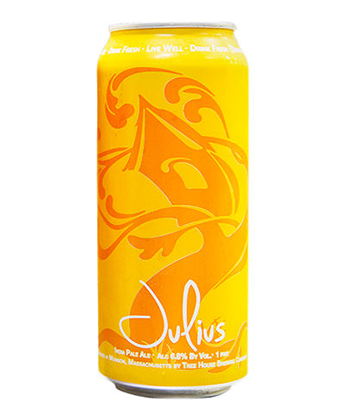 Julius is the quintessential juicy IPA — and, to our memory, it was one of the first IPAs referred to as “juice,” with fans rushing to social media to post photos of the beer alongside peaches, oranges, bananas, and blenders. “This is a grand cru beer,” one panelist said. It’s absurdly aromatic, with mango, peach, and passionfruit on the nose, followed by a rich, velvety body. 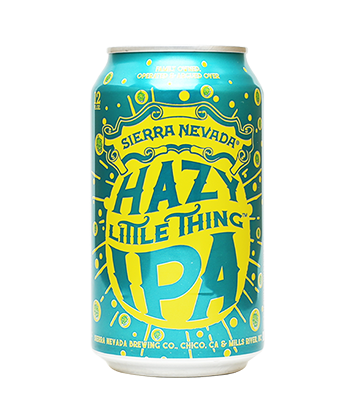 When VinePair named Sierra Nevada’s Hazy Little Thing the best beer of the year in December 2018, we couldn’t have predicted the immense success that soon followed. The label grew triple digits, with year-to-date sales increasing nearly 123 percent as of mid-July 2019. This is certainly due in part to its juicy fruit aromas, balanced mango, pineapple, and mandarin flavors, and smooth finish. But it’s also because the beer’s dialed-in shelf stability and nationwide availability is no easy feat. It’s an accomplishment that continues to impress us.

The article The 25 Most Important IPAs Right Now, Ranked appeared first on VinePair.