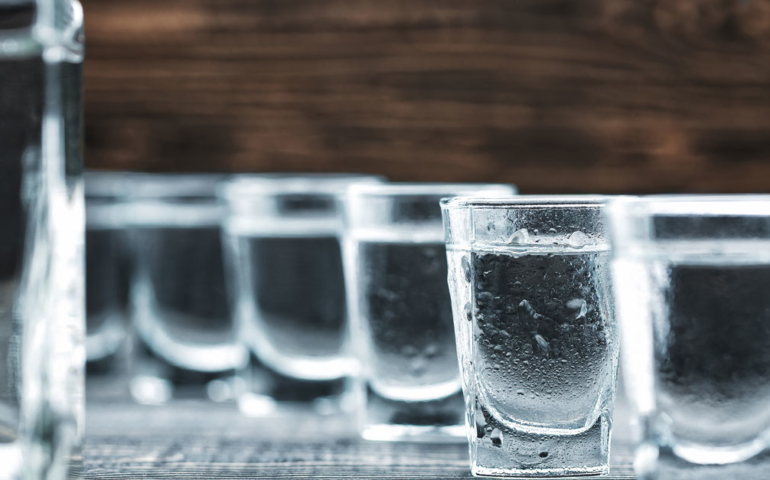 Skeptics claim that vodka is bland by design, but that’s simply not true. As with any spirit, there is diversity within the category. Certain vodkas are light and crisp, others are round and viscous, and some smell alarmingly like nail polish remover.

We tasted vodkas across a broad array of price points, countries of origin, and base grains to determine our 15 favorite bottles.

You might notice some top-selling vodkas absent from this list. Here’s why: We sample everything at room temperature. This makes for a more honest tasting, but it also reveals the off-flavors or divisive notes in spirits that are typically served ice-cold.

If you prefer to stick with your house vodka, we understand. Drink what you like! But, if you’re interested in checking out the best of the best at every price point, we encourage you to take a look — and taste the difference.

Versatile and smooth, with exceptional value, this inexpensive vodka has faintly citrusy notes on the palate (“Like lemon expressed over a cocktail, not like fresh lemon,” one panelist said) and a pleasingly unctuous texture. It would be great in cocktails, such as a vodka Martini with a twist. Average price: $12.

This all-American option is proudly organic. We smelled round and “brown” notes, like cooked barley, but the palate is zesty and crisp, making it a good candidate for a vodka soda. Average price: $17.

The boozy nose on this Icelandic spirit gave us pause at first, but VinePair’s tasters enjoyed the light, minty cucumber flavors on this gin-like vodka. “It’s very fresh,” commented one panelist, “It’s like the Hendrick’s of vodka.” Average price: $20.

This vodka would definitely benefit from being served cold, but, even at room temperature, our tasters appreciated its smooth, balanced texture. There is heat on the nose, but a spicy, almost botanical finish. Average price: $23.

Distilled from whey, this New Zealand spirit has a light, silky texture and fresh finish. “I love how not synthetic it tastes,” one panelist remarked. It would be an excellent mixer in a vodka soda or Martini. Average price: $28.

It’s easy to dismiss FAIR as all sizzle and no steak, given its trendy base grain, quinoa, and its skinny, club-ready bottle. That would be a mistake. Our tasters were impressed by the vodka’s fresh, almost floral scent, and crisp, refreshing palate. “It tastes cold even when it’s warm,” one said approvingly. Average price: $30.

This small-batch American vodka gets its comparatively “full-bodied” character from Pennsylvania-grown potatoes. It has a clean nose and smooth, balanced finish. Average price: $33.

A top-shelf favorite in the early aughts, this French vodka remains a strong seller, moving some 2.6 million 9-liter cases in 2016. Our tasters appreciated its light, clean nose with no strong odor, and its pleasant heat on the palate: “You know you’re not drinking water.” Average price: $35.

From Cognac, France comes this spirit distilled no fewer than nine times in copper Alambic stills. Its light, floral nose is followed by a smooth, almost creamy palate. Average price: $52.

It comes as no surprise to find notes of honey and vanilla in this spirit, since it’s distilled from raw Vermont honey. It remains balanced, however, making it a great candidate for cocktails. Average price: $56.

An unremarkable nose is followed by a zesty, citrusy palate in this memorably packaged Canadian option. “The finish is long,” one panelist said approvingly. VinePair has had excellent results mixing this into cocktails, too. Average price: $60.

Creamy and smooth, this Colorado vodka easily stands on its own over ice or with a lemon wedge in a chilled glass. Made from Polish heirloom potatoes called Stobrawa, and available in small batches annually, Woody Creek Reserve is not filtered, giving it a fuller, unctuous quality than many on the market. Average price: $77

A luxurious vodka with a clean, clear nose and zesty palate, Carbonadi hails from Piemonte, Italy. It’s crisp, zesty, and almost herbal, inspiring one taster to comment, “I think it’s verging on gin.” The name comes from its unusual production process: Carbonadi is made from organic wheat, distilled five times, and filtered using carbonados, or black diamonds. Average price: $90

Vintage-dated vodkas are each made from a single ingredient (in this case, low-starch Denar potatoes from Krzesk, Poland) in Chopin’s super-premium Single line. They are distilled only once, giving them bright, almost fruity flavors and a balanced mouthfeel. These are vodkas to sip and savor, not shoot or stir into a mixed drink. Average price: $110 (for 375-ml bottle).