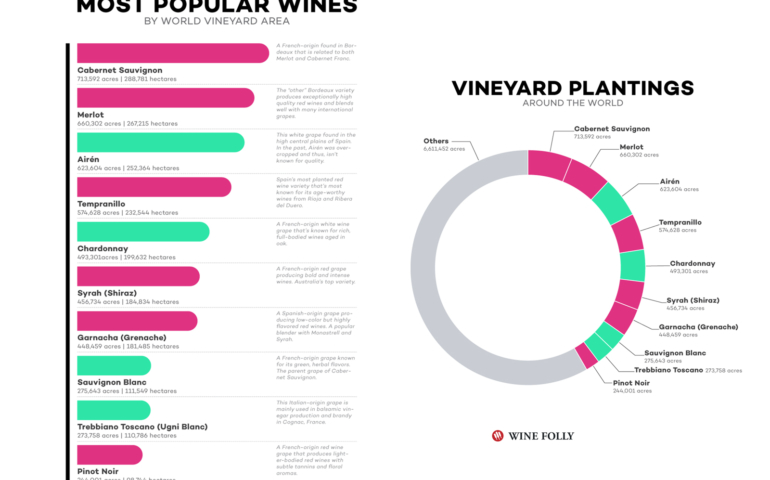 Coming up with a tidy list of the 10 most popular wines in the world is not an easy challenge! The last study on vineyards worldwide was conducted in 2011 by Kym Anderson’s team at the University of Adelaide. Needless to say, the world’s wine information is not exactly up-to-date.

Today, the team at Folly Enterprises Inc plans to deliver new data. But, it’s not quite ready. So in the meantime, here’s the data from 2011: 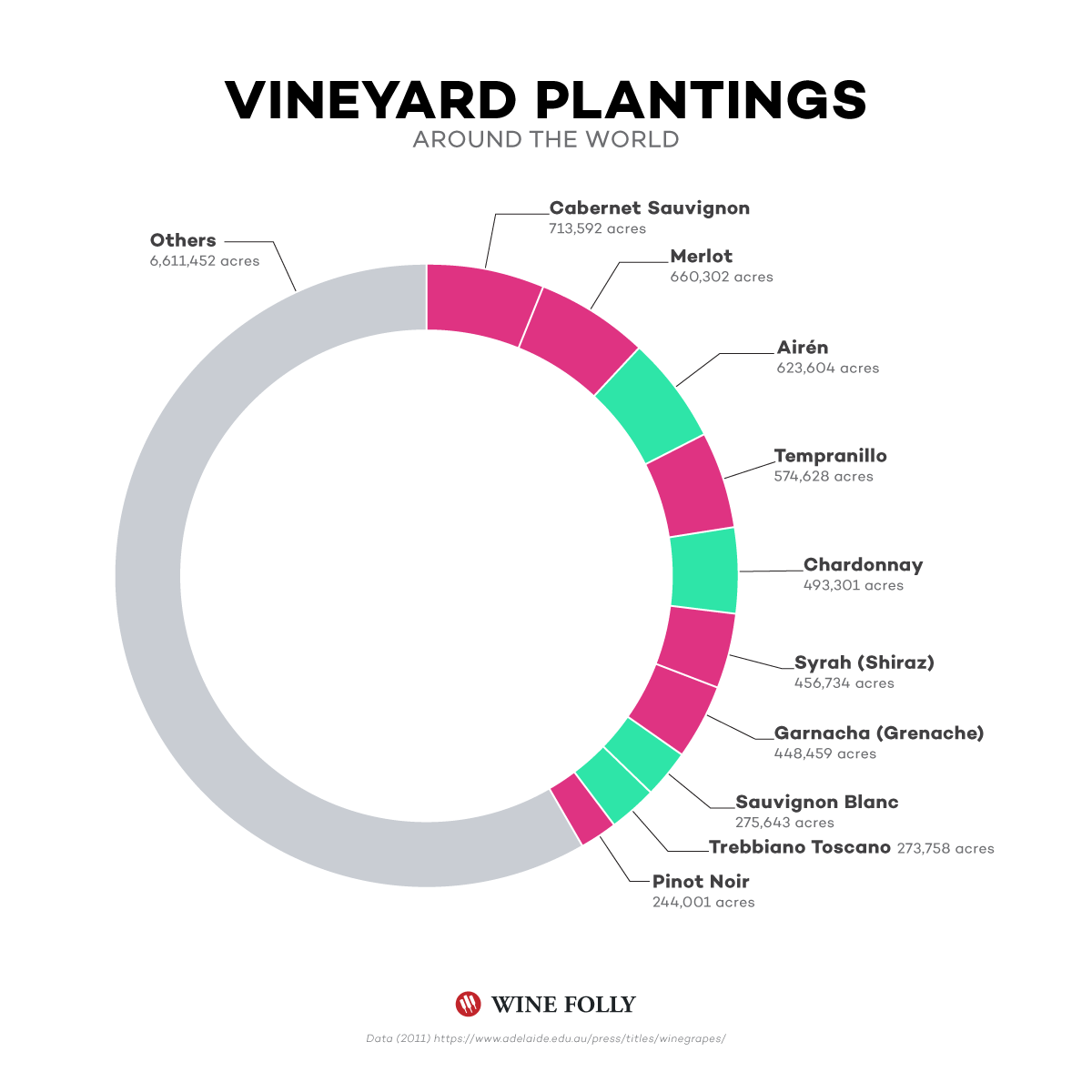 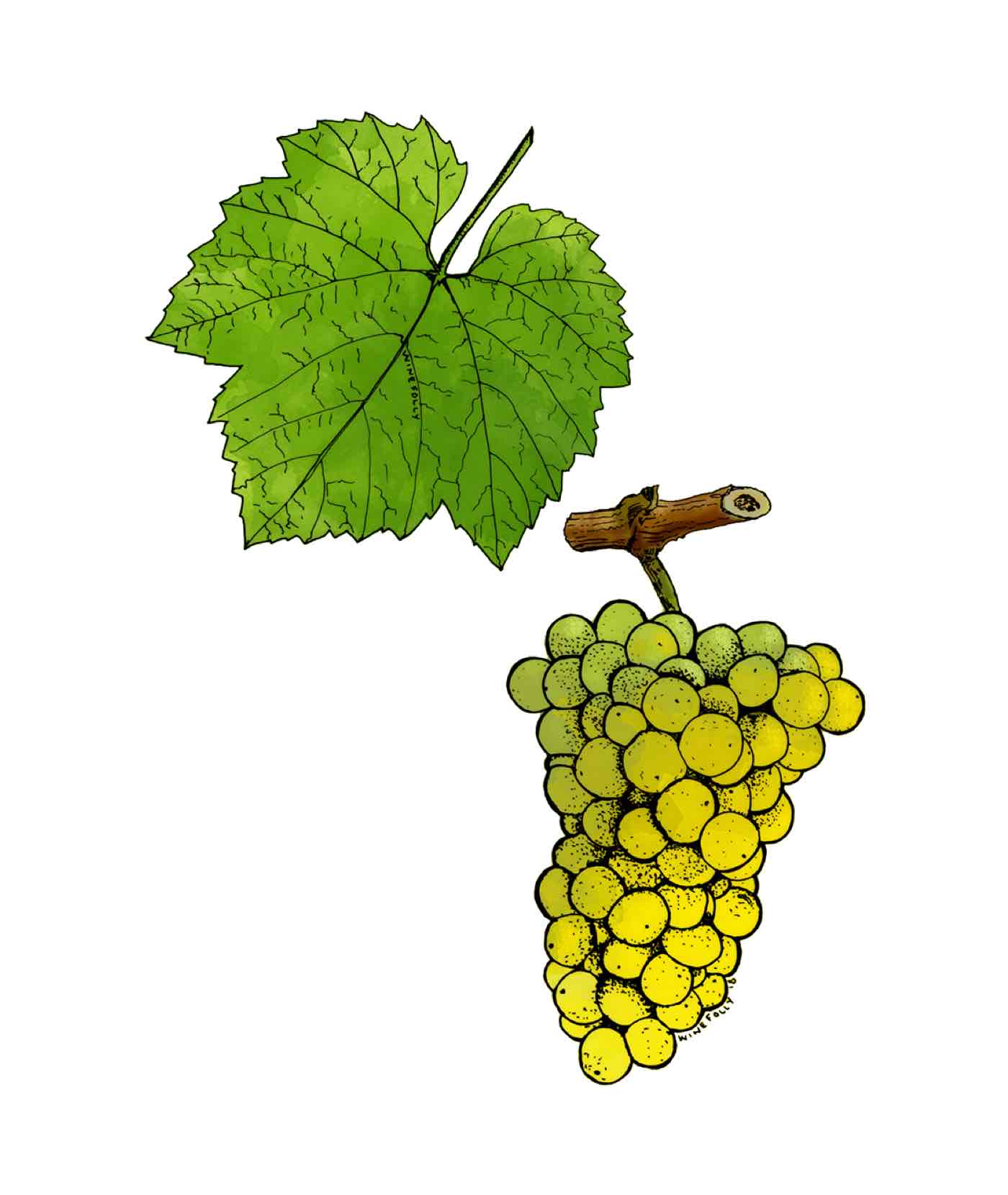