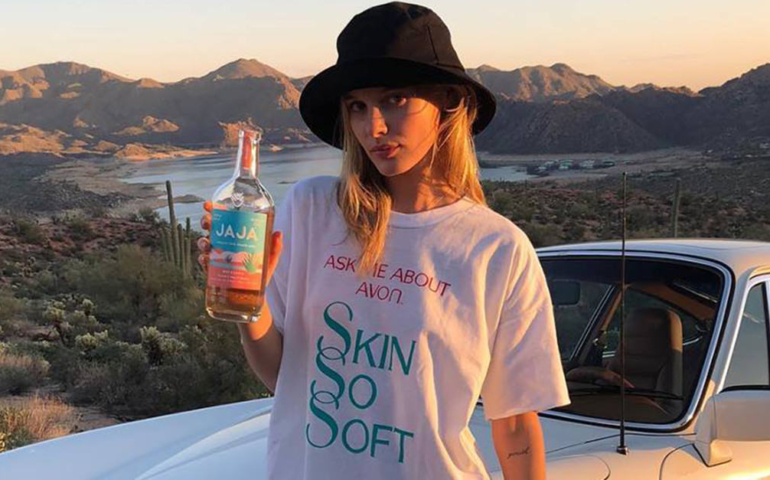 Celebrities and comedians aren’t laughing about Jaja, a tequila brand that lifted photos of celebrities to promote its brand without their consent.

Jaja used photos of Amy Poehler, Idris Elba, Julianne Moore, Amy Adams, Will Smith, and Anderson Cooper to advertise on Instagram, adulterating the photos with Jaja tequila bottles. It also stole jokes from comedians and refused to give them credit, Vice reports.

The campaign is the unruly brainchild of Elliot Tebele, founder of Jaja along with viral meme account @f*ckjerry. (You may recognize the name from Fyre Festival fame.)

“Anderson Cooper, for example, infamously (and painfully) did tequila shots on live TV during CNN’s New Year’s Eve coverage, but it wasn’t Jaja. That didn’t stop the company from editing the image to look like Cooper was breathing fire and writing ‘Jaja vs other tequilas’ above it,” Mashable reports.

A CNN spokesperson told Vice, “We do not endorse their product and we did not give them permission to use our branding or talent in their promotion.”

The posts in question have since been removed from the Jaja Instagram account. Only time will tell, however, whether the marketing company will cease its unsavory “parody” tactics.