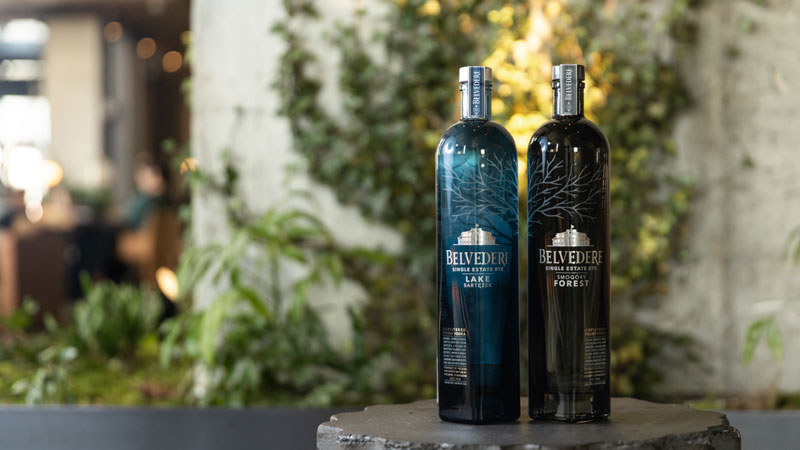 Most vodka companies spend a lot of time talking about distillation techniques, aiming for that odorless, flavorless quality. But these days, Belvedere Vodka is more interested in a different conversation: the terroir (geography, climate, weather) of the fields in Poland where its premium-grade Polska Rye is grown — and its impact on the taste of vodka. Of this the company is entirely sure: A vodka’s place of origin, much like a wine’s place of origin, affects its tasting notes.

To explore this further, Belvedere launched its Single Estate Rye series in 2018, making a pair of vodkas distilled in identical fashion, and with the same variety of rye (Diamond Dankowskie), but with grain grown in two distinct parts of Poland.

The first iteration is made from rye planted along the shores of Lake Bartężek in Poland’s northern lake district, where raw winds off the Baltic Sea bring snowy winters, chilling the crystal clear bodies of water that dot the landscape. These are the makings of some of Europe’s harshest winters. The soil is frozen solid, but this hearty rye actually likes it. The roots of the plants dig in, producing grain that is strengthened and emboldened, resulting in a concentration of the cereal’s trademark flavors: toasted bread and pepper spice. The vodka derived from this rye has a creamy mouthfeel, with slight notes of almond, as well a sense of invigoration from the blustery cold. It’s a fresh, smooth, and delicate-tasting vodka. 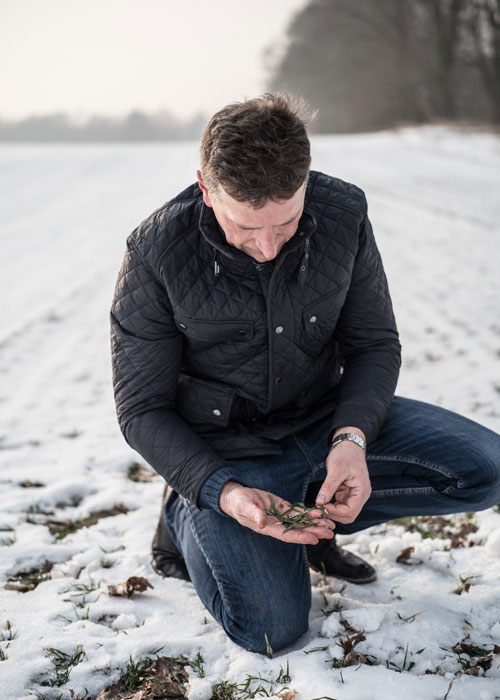 The second version hails from the thicketed woodlands of Smogóry, 310 miles to the southwest of Lake Bartężek. Smogóry has winter, too, of course, but it’s much more temperate. The defining element of the terroir is fertile soils that impart a dank earthiness to the grain. The thick forest actually acts as a giant air filter. It’s dense with oxygen, which is shown in the purity of the vodka, where gentle, floral notes appear mid-palate in its associated spirit. In the finish, a honeyed sensation coats the palate. This results in a bold, robust, and savory-tasting vodka.

“Belvedere Single Estate ryes tell the story of Poland’s long-time heritage of vodka making,” says Brian Stewart, Belvedere’s U.S. Brand Ambassador. “There is indeed terroir amongst our rye fields, which is no easy task to prove.”

The process is identical in crafting both spirits, but the end result is so different. Quite a statement, given that these liquids have been distilled multiple times, yet still retain the intricacies of their provenance.

“Belvedere Lake Bartężek has a delicate cooling sensation, with notes of lemongrass and menthol,” observes Stewart. “Whereas Belvedere Smogóry tends to have a much bolder flavor of salted caramel, toasted bread, and a pepper finish. These differences in flavor and mouthfeel all come from the environment in which we grow the rye — proving that vodka is not odorless and tasteless.”

In order to truly showcase the influence of the land, at its essence, the vodka must be clean and unadulterated. Poland is one of the few vodka-producing places in the world that guarantee this. “Polish vodka must adhere to strict guidelines,” Stewart points out. “By law, everything used in the base spirit must be grown and produced in Poland. Once distilled, it is illegal to add any artificial flavoring or sugars to the bottle, which is why we had the perfect platform to create the first-ever vodka series based on terroir.” 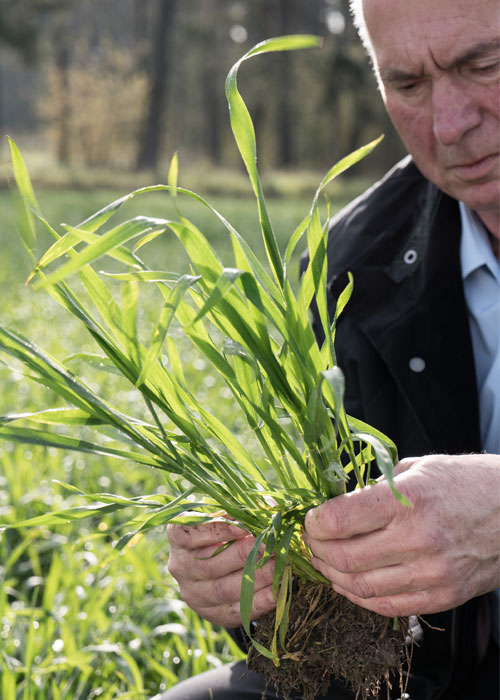 In 2012, the Polish government reacted to the onslaught of flavored vodkas popping up all over the world — everything from whipped cream to Fruit Loops was being used to artificially enhance the base spirit. To protect the heritage and respect for its offerings, it put in place a geographical indication defined by a commitment to purity. As a result, production of Belvedere Vodka must occur on Polish soil with locally sourced raw ingredients in accordance with Polish Vodka geographical indication requirements. “It’s simply rye and water,” adds Stewart. “100 percent natural, zero sugar added.”

Tasted on their own, the two Single Estate expressions are an interesting study, but Stewart says it’s been equally fascinating to see how bartenders around the world are using the two in distinctly different applications, based on the demands of the cocktails they’re making. “A bartender on the East Coast might make a drink a slightly different way than a bartender on the West Coast,” says Stewart. “This may come from produce that is available in that particular region, or how someone was trained to make a cocktail. This is our personal terroir. And Belvedere Single Estates are the perfect vodkas to help the drink maker demonstrate it.”

To the modern drinker, it has become increasingly clear: Not all vodka is created equal. Fans of the category could always lean on how it’s made as a point of proud distinction. With Belvedere Single Estate Rye vodkas, “where” becomes equally as significant.