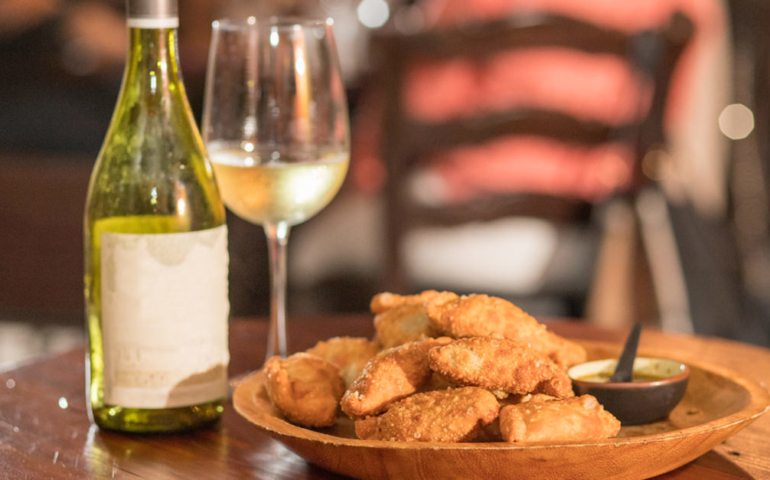 If you think this Sunday’s Super Bowl is a foregone conclusion, think again. Sure, the Patriots might be making their fourth Super Bowl appearance in five years, and victory would see them bring home their sixth ring of the Tom Brady and Bill Belichick era, but when it comes to the most important part of the day — the food — don’t think it’s going to be all wings and macro beer.

According to a recently-published Nielsen study, a diverse range of drinks and snacks will feature heavily across American Super Bowl parties this year.

Part of the shifting trend comes from a growing female football fanbase, which currently makes up around 47 percent of the total Super Bowl viewership. According to Nielsen, wine “reigns supreme among women,” and is the most popular off-premise alcoholic drink among female drinkers. Pinot Grigio, specifically, is the preferred variety of female football fans.

Meanwhile, low-calorie flavored-malt beverages (FMBs) like hard seltzer are on the march, with sales during Super Bowl season more than tripling since 2016. As for beer, 38 percent of women choose it as their drink of choice, with juicy, hazy New England-style IPAs enjoyed by 63 percent of female beer lovers, compared to 60 percent of men.

When it comes to what we’ll be eating this year, wings will maintain their omnipresence as the go-to snack of choice, but consumers are increasingly turning to fresh and frozen raw wings to cook themselves, as opposed to the pre-cooked alternatives.

For health-conscious fans (or at least, those straying away from meat), it should be another bumper year for cauliflower as a fried alternative to meat proteins like chicken. Cauliflower has experienced a 19 percent year-over-year sales bump in recent years, Nielsen says.

No matter what you choose to eat or drink this Sunday, just be sure to enjoy responsibly, and root for the Rams. Down with Brady!