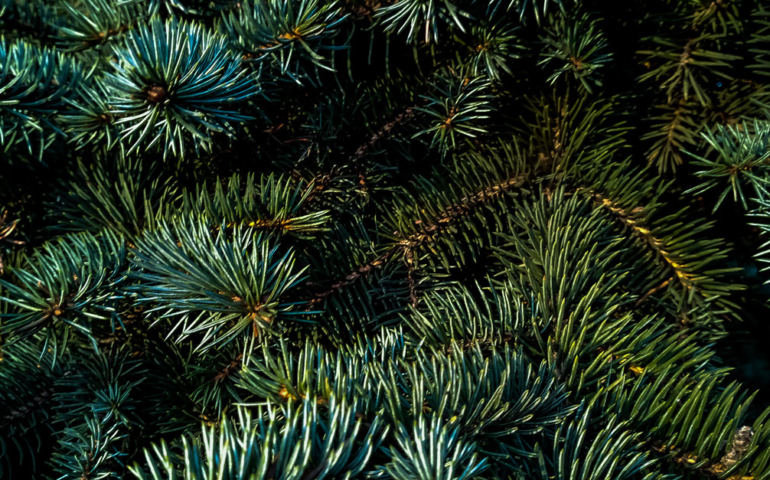 The great hop harvests in Yakima, Hallertau, and Saaz might be months away. But for brewers around the world, now’s the time to gather one of beer’s most ephemeral ingredients: the early, bright green shoots of spruce trees, which usually appear sometime in May.

Though their history is centuries-old, spruce tips are currently enjoying a slow-burning renaissance, appearing in beers like Dogfish Head’s Pennsylvania Tuxedo and Grimm Artisanal Ales’ Super Spruce. One reason for their popularity? Lots of piney, resinous notes, which many craft beer fans have come to expect from New World hops. As one online rater put it in a review of Ballast Point’s Spruce Tip Sculpin: “Like regular Sculpin, but more dank.”

Despite their current trendiness, those deep, dank notes are some of the oldest and most traditional beery flavors that we have, especially in terms of North American brewing. Forced to go without English hops during the War of Independence, early American brewers embraced local spruce tips as a substitute.

However, there was more to the traditional popularity of spruce than just flavor. Native Americans and First Nations are believed to have taught European settlers that spruce could be used to stave off scurvy, which resulted in its widespread popularity among sailors, including on the voyages of Captain Cook. With two brothers in the Royal Navy, Jane Austen unsurprisingly references spruce beer in her 1816 novel “Emma.”

The use of spruce in brewing goes back much further than the late 18th and early 19th centuries, however, and much farther afield than just North America and England. The first reference to “spruce beer” in English dates to around 1500, referring to a beer then being imported to Britain from northern Germany, according to the brewing historian and writer Martyn Cornell. Spruce or “spruse” originally meant “from Prussia.” Back in that era, spruce was probably being used in brewing all over northern and central Europe. In Slovakia, the Kaltenecker craft brewery cited documents from 1652 when it released its strong, spruce-tip ale in 2010.

Today, you’ll find spruce-tip beers just about anywhere you can find one of the world’s 35-odd species of spruce trees. Jamie Duffield, brewer at Wild Weather Ales in Reading, England, posted a five-part video series about brewing with spruce tips in 2016. According to Duffield, spruce adds unique flavor characteristics that you might not expect.

In fact, the impact of adding spruce to your brew might not be obvious until after fermentation, Duffield says.

If you want to gather spruce needles, first make sure that they’re actually spruce. (In one video, Duffield says that the main rule of using foraged ingredients is “don’t kill yourself.”) A sign that you’ve found the right stuff: The roughly quadrangular needles are not flat and can be rolled in your fingers, with a woody, peg-like base, called a pulvinus, where the needles connect directly to the twigs. The fresh tips you’re looking for should be a vibrant, light green, in contrast to the tree’s older, darker needles. Those older, deep-green needles might be aromatic enough on a Christmas tree, but they won’t work well for brewing.

“If you try to brew with that, you just get bitter flavors out of it,” Duffield says. “It almost tastes wooden.”

Another sign is texture, as the fresh spruce tips will be soft and pliable.

“You can bend it and squash it with your fingers, and you don’t spike yourself, and that’s the stuff you want to use,” Duffield says. “It almost feels like rubber.”

Once those fresh tips appear, you have somewhere between two weeks and a month until they harden, losing their usefulness. If you would like to use them later in the year, spruce tips freeze well. (For funky cocktails, you might consider making a sous-vide syrup, cordial, or tincture.)

Most brewers seem to use spruce tips as an addition during the boil. Amounts are highly variable. A ratio of roughly 3.5 ounces for a 5-gallon batch (or 100 grams to 20 liters of wort) should work, though Duffield says that ratio can easily be doubled or even halved, depending on the amount of impact you want it to have.

In northern Italy, the Foglie d’Erba brewery leverages its setting between the Alps and the Dolomite mountains by using local spruce and pine to produce a different type of beer every spring. According to brewer Gino Perissutti, using spruce is a way for him to give thanks to the beautiful views he sees every morning, and an ingredient that reminds him of his own customers.

“I love the complexity of the aroma and its kind of rough character,” Perissutti says. “It mirrors the character of mountain people.”