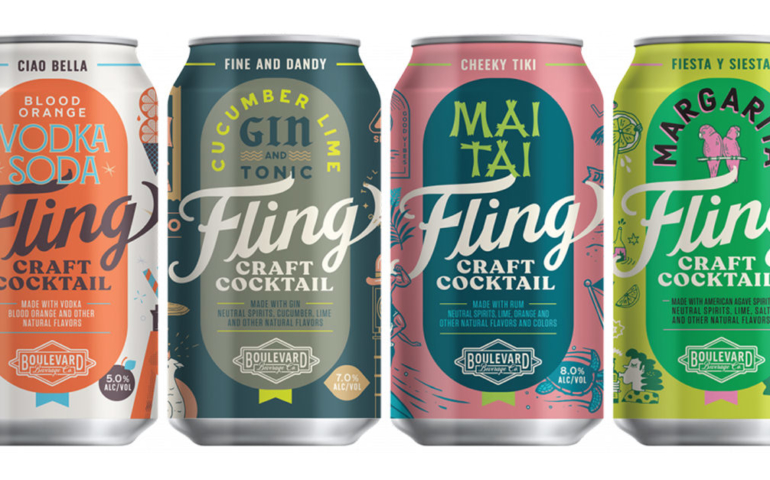 On Thursday, Boulevard Brewing announced the launch of a new line of products from its Kansas City, Mo. brewery. This time, it’s not beer: It’s canned cocktails.

Fling Craft Cocktails are ready-to-drink mixed drinks that are “all-natural, gluten-free … and crafted with care,” Boulevard announced on its website. The canned cocktails will be available in four flavors: Blood Orange Vodka Soda (5 percent ABV), with 360 Vodka, soda water and a “hint” of blood orange; Cucumber Lime Gin and Tonic (7 percent ABV), made with Builders Botanical Gin, tonic, lime, and cucumber; Mai Tai (8 percent ABV), combining Virgin Islands rum with lime, orange, almond, and spice; and Margarita (7.5 percent ABV), made with Mean Mule American Agave Spirit, according to Boulevard. The cocktails are each under 200 calories and nine grams of carbohydrates.

The colorful lineup will launch March 28 at Kauffman Stadium during opening day of the Kansas City Royals season. They will be also sold in 4-packs of 12-ounce cans for a suggested retail price of $12.99.