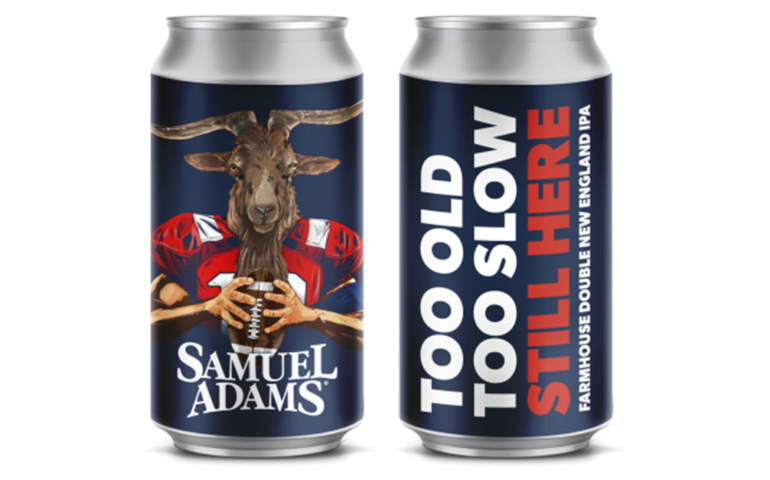 Greatest of all time, or most-hated of all time? The question arises among beer fans, and anyone outside the perimeters of Boston, as Boston Beer announces a limited-release beer in honor of Tom Brady in time for Super Bowl Sunday.

“Too Old, Too Slow, Still Here” is a “farmhouse” double New England IPA created to celebrate the Patriots quarterback, also known to fans as the “greatest of all time,” or “GOAT.” Indeed, the can depicts a male goat-headed football player on its label.

The beer will launch at an event at the Boston Brewery and Tap Room on Thursday, Jan. 31. Just 199 cans will be sold, the number signifying Brady’s draft number.

Among the reasons to hate Tom Brady are:

Boston Beer founder Jim Koch has similarly gotten flack from beer fans and industry members. In August 2018, he dined with Trump, and praised his tax cuts, calling them “kick ass.”  Since the 1980s, he’s shrewdly marketed Boston Beer, most of which is not brewed in Boston, and all of which has been called mediocre. And, there was that time he allegedly criticized a Boston beer bar so much for not carrying his brands, he made an employee cry.

Basically, we see this beer as a boon for Boston Patriots fans and a dumpster fire for anyone else watching.