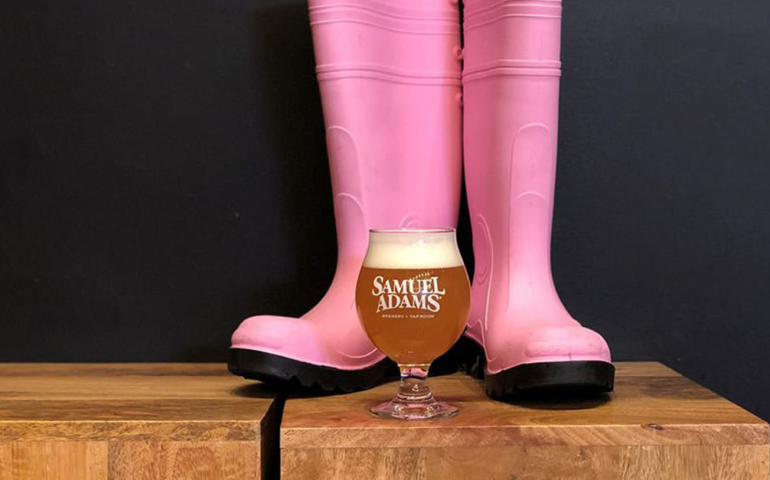 Every year, the Pink Boots Society (PBS) teams up with hop supplier Yakima Chief to create a special “Pink Boots” blend of hops. The nonprofit, which supports women in the brewing industry, then calls on PBS members and other brewers across the country to use the blend for an annual release celebrating International Women’s Day on March 8.

According to an event page, Sam Adams brewed “When There Are Nine” on International Women’s Day, and will release the Belgian Brut IPA on March 29, 2019. The beer’s name is inspired by Ginsburg’s answer to the question, “When will there be enough women on the Supreme Court?”

“We wanted to name it Brut Bader Ginsburg,” a Samuel Adams statement reads, “but our legal team, uh, dissented.”

The brewer is combining the release with a special event at its Boston taproom. Entry costs $20, and tickets include one pint of the IPA, four handmade dumplings, and a $5 donation to the Pink Boots Society. Sam Adams will then donate one dollar for each additional “When There Are Nine” sold.