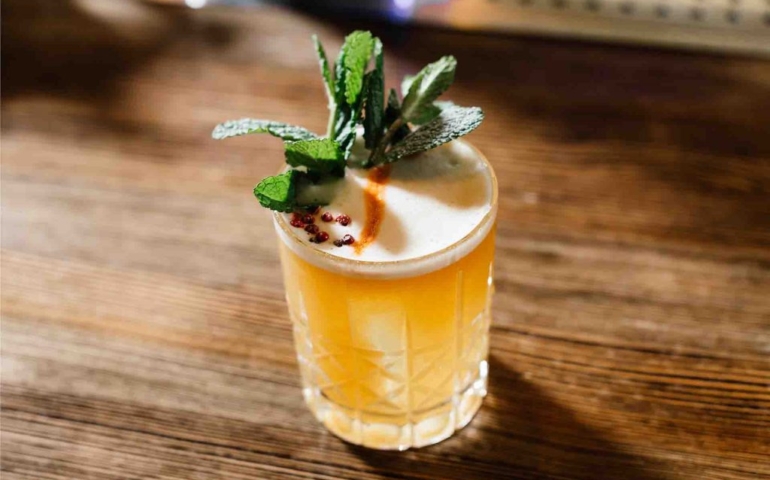 The Mai Tai is one of those cocktails, along with classics such as the Daiquiri, Margarita, Martini, and Old Fashioned, where the quality of its execution signals the proficiency of the person who makes it. It’s the calling card for many cocktail enthusiasts and bartenders at Tiki cocktail bars because it serves as a sort of quality assurance check: If it’s built properly and balanced, then another cocktail round is in the cards, but if it turns out subpar, then the guest is best advised to move on to wine or beer. To ensure your Mai Tai doesn’t fall flat, in addition to perfecting your technique, you’ll want to consider developing a signature rum blend.

The layering of rums to create a unique flavor profile of depth and complexity is a concept as old as the Tiki bar itself, initiated by the father of Tiki, Donn Beach (of Don the Beachcomber), in 1934. “[Beach] was the first to realize that, as he once put it, ‘what one rum can’t give you, three rums can,’” says Jeff “Beachbum” Berry, a Tiki historian and the owner of Latitude 29 in New Orleans. A balanced rum blend is a foundation for creating thought-provoking complexity in a simple cocktail such as the Mai Tai, and it’s also an expression of a bartender’s understanding and appreciation of flavor.

“Blends achieve the complexity required to make the other ingredients in the Mai Tai—orange curacao, orgeat (almond syrup enhanced with rose or orange blossom water) and lime—pop,” says Shannon Mustipher, the beverage director of Glady’s Rum Bar and the author of “Tiki: Modern Tropical Cocktails.” “One rum will not be able to amplify all of these elements or elevate them to a level that would result in a remarkable cocktail.”

Martin Cate, the owner of Smuggler’s Cove and a James Beard award-winning author for his book “Smuggler’s Cove: Exotic Cocktails, Rum, and the Cult of Tiki,” echoes Beach’s sentiment that a blend of multiple rums can produce a unique flavor profile that simply isn’t attainable from a single bottling. “For example, you might create a cocktail with 2 ounces of 100% high-ester Jamaican rum, and it might well be delicious, but you might also consider splitting that with something light-bodied but still woody and characterful,” says Cate. “[That way] the funk doesn’t overpower the rest of the drink. Or you might want to tamp down an overproof rum with a 40% ABV rum.” Developing a unique balance of multiple styles of rums is a way to transform a cocktail like the Mai Tai from one-dimensional to one of depth and balance.

The Origin of the Mai Tai’s Rum Blend

The original Mai Tai recipe, which was created by the other founding father of Tiki, Trader Vic, used Wray & Nephew 17 Year Jamaican rum as its base. Trader Vic’s new concoction was so popular that its success throughout the Trader Vic bars caused a significant depletion in the stock of this special Jamaican rum. Wray & Nephew decided not to continue production of that rum, leaving Vic and company without their signature rum for their most popular cocktail. The solution? Vic’s bar team employed Beach’s rum-blending technique and developed a rum that closely emulated the characteristics of the Wray & Nephew.

“To replace the rum, [ Vic] blended pot still (high-ester) Jamaican rum with Rhum Grande Arome, from Le Galleon, who produces the only Martinican rum distilled from molasses post-1920,” says Mustipher. “Grand Arome was never consumed on its own but instead was used to enhance other rums and in culinary applications.” Trader Vic’s original records of the recipe did not specify Grand Arome, though, only Martinican rhum—a detail that has been uncovered only recently. Cate recommends trying to replicate Wray & Nephew 17 Year through a blend of 100% pot still Jamaican rums, but both approaches have merit.

“Researching the Mai Tai impressed upon me that some cocktails in the Tiki canon require blends to express the original intent of a classic recipe,” says Mustipher. “I would under no circumstance serve a Mai Tai with just one rum; it’s like serving a Daiquiri with whiskey.” It’s a drink that begs for a mix of rums for added nuance and sophistication.

As a noted Tiki expert, Cate also served as a consultant on Denizen Merchant’s Reserve, a blended rum designed to imitate Trader Vic’s blend for his Mai Tai after Wray & Nephew 17 Year was discontinued.

When it comes to tasting and blending, many of the decisions made are subjective. Depending on what the goal is—which flavor profile you wish to achieve—your blend can take an infinite number of forms. It’s this creative process that makes blending more of an art than a science. Measuring proportions of each rum help maintain consistency over time and help you keep track of what you prefer versus what you don’t, but the tasting and interpretation of these rhum rhapsodies showcase a bartender’s exquisite ability to build flavor.

Mustipher, who previously worked in wine, compares blending rums to the blend of grapes in a wine, pointing out that each component ideally will contribute a necessary element to the overall structure of the final product. “I learned that some wines are very aromatic on their own and drinking them would be akin to drinking perfume,” says Mustipher. “Some wines are big and round but offer nothing exciting in the realm of aroma on the nose. Others are lacking in their finish; they taste great upfront, but the flavors don’t linger past a few seconds. Think about Cotes du Rhone. The [individual types of] grapes in the wine are one note; together, they make an iconic style.” This same concept applies to rums. Although you can go wild with the number of rums in a blend, Cate recommends no more than three, with a hard maximum of five.

Once you’ve decided on the general flavor and style you’re aiming for, the components to keep in mind once you begin mixing are ABV, aging, production methods, and the raw materials used in making the rum. Understanding these factors before you start will help you make educated decisions once you begin developing your blend. And “tasting” can mostly be done with the nose. The understanding of how it’s produced and aged will help fill in the blanks of texture, mouthfeel, and the like.

Alcohol percentage correlates with a spirit’s body as well as its intensity of flavor in some cases. For rum blends in a Mai Tai, which receives ample dilution in the mixing process, the goal is to keep the rum mix at a proof of at least 100 in order to not lose its character in the cocktail. You can develop a blend with a high ABV and proof it down with water to get it to an ABV that’s cocktail-friendly. You may wish to use this proof calculator for that procedure.

The type of wood in which the rum has been aged and for how long are important considerations because woods can heavily influence the texture and flavor of rums. Aged rums contribute to the flavor, texture, and tannic structure of a blend. They can serve as an excellent backbone, depending on your goals for the rum blend.

Getting too deep into this vast topic can be like diving down a rabbit hole, but understanding how rum is made can be very telling as to how much flavor it will add to the mix. For example: Is it pot-distilled? If so, expect a high-ester rum with great flavor. Multiple column-distilled rums typically yield a product that is less flavorful but can lighten the blend’s body and contribute to the ABV.

Another aspect of production to consider is how the raw materials are fermented and for how long. Shorter fermentations result in lighter rums (Spanish style), where longer fermentation will produce a heavier rum (French or English style). Understanding the nuances of how rum is produced can help you make informed decisions for creating a balanced blend.

Is the rum made from fresh sugar cane juice, as with Rhum Agricole and clairin, or from a sugar cane byproduct such as molasses, as most rums are? Knowledge of the various styles of rum will help indicate what types of flavors each will add to the blend. 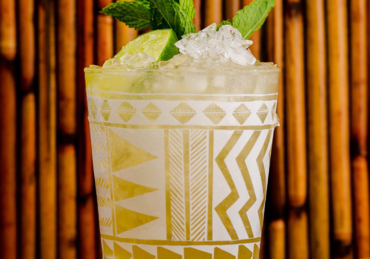 6 Things You Should Know About the Mai Tai 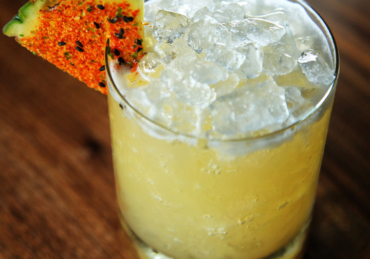 6 Riffs on the Mai Tai to Drink in Bars Now