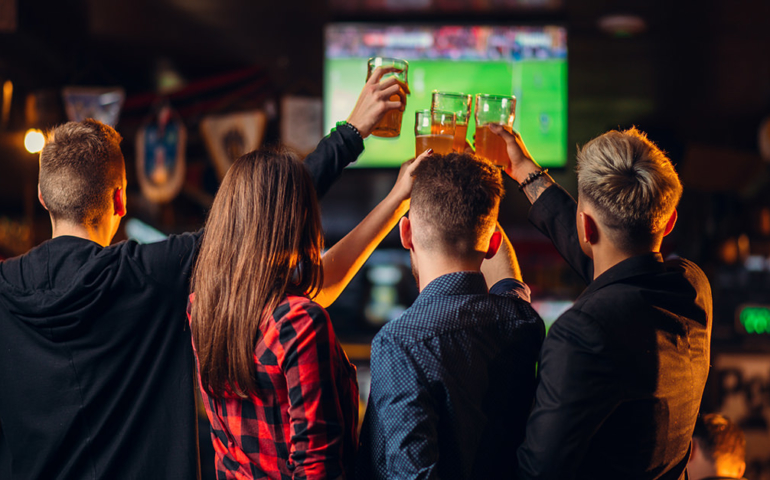 Although Nielsen predicted we’d be drinking a lot of Pinot Grigio, hard seltzer, and hazy IPA, beer remains a top choice among Super Bowl audiences whether at home, at a bar, or at the game.

To suss out just how much beer was being poured at bars and restaurants in its client base, BeerBoard, a data and consumer engagement company whose clients include Buffalo Wild Wings (the largest pourer of draft beer in the U.S.), Hooters, Twin Peaks, Applebee’s, Mellow Mushroom, and BJ’s Restaurant & Brewhouse, analyzed beer pour volume at thousands of chain restaurants on Super Bowl Sunday.