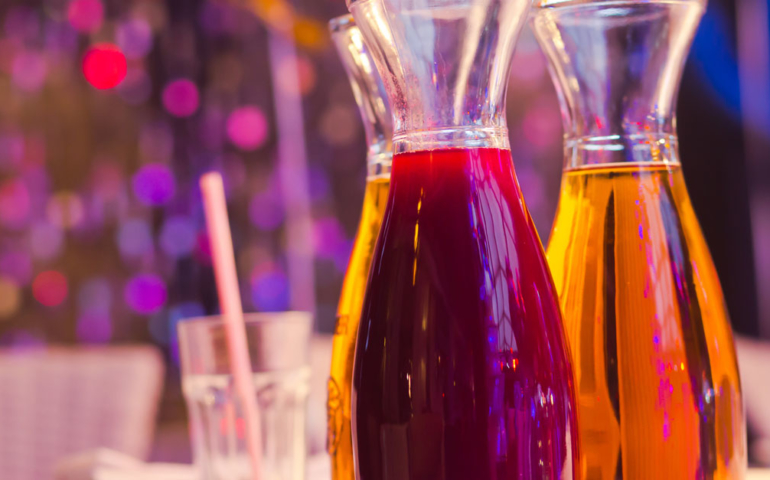 You walk into a bar. It’s one of the best cocktail bars in the city, proven by countless reviews, recommendations, and the fact that you don’t recognize half the ingredients in the Margarita. There’s also an entire menu of Negronis.

You order one of said Negronis, ready to witness what mixology is all about. The bartender pulls a bottle from a refrigerator, pours a pre-mixed concoction into a glass, and garnishes it with flourish. Without so much as a shake or a stir, you’re now out $16.

You’ve been served a pre-batched cocktail, a drink prepared in part or in full before patrons arrive. Bars fueling the batch cocktail trend include Dante, in downtown Manhattan, which pre-batches all of its cocktails, and was named among the World’s 50 Best Bars in 2018. Brooklyn’s Maison Premiere and Sauvage are also proponents of the practice, as are Chicago’s Ludlow Liquors, Denver’s Death & Co., and Portland, Ore.’s Abigail Hail.

The popularity of pre-batching speaks to the increasing need for speedy service, precise measurements, and perfect serving temperatures when doling out sophisticated drinks. As American drinkers demand more high-quality cocktails, and quality bars across the country are themselves multiplying, pre-batching isn’t simply a shortcut, it’s a necessity.

At establishments with 20-ingredient tiki punches, bartenders can “batch the shelf-stable part, so instead of 20 [ingredients], they’re picking up three” when a drink is ordered, Maggie Hoffman, author of “Batch Cocktails: Make-Ahead Pitcher Drinks for Every Occasion,” published in March 2019, tells VinePair. “It’s about efficiency to make very complicated cocktails quickly.”

Pre-batching is also beneficial for drinks served ice-cold. “Normally, when you stir, you’re chilling and adding dilution at the same time,” Hoffman says. “When you batch a drink, you’re divorcing the temperature — how cold it’s going to get — from the dilution.”

According to Will Elliott, bar manager at Brooklyn’s Maison Premiere and Sauvage, “There’s a common complaint that Martinis aren’t cold enough.” Pre-mixing and freezing solves that problem, upholding the integrity of the drink more so than mixing it on the spot.

“I think having a Martini very cold does make it better,” Daniel Osborne, bar manager at Abigail Hall, told The New York Times in April 2019. “Most Martinis you get are kind of warm. Dilution and chill are main ingredients.”

At Manhattan’s Existing Conditions, pre-batched Martinis and Manhattans are sold by the bottle in vending machines, where they are stored at a precise temperature. “I’m not even sure you can get [to that temperature] by stirring,” Hoffman says.

But as with any drinks trend, or adjustment to the status quo of how we consume, some experts believe pre-mixed drinks deprive patrons of a personal touch.

“The last thing I ever want to see is my Martini getting poured out of a pitcher of premix from the freezer,” Audrey Saunders, co-owner of Pegu Club in New York, told The New York Times. “For me, this simply does not spark joy.”

Others argue that eliminating on-the-spot preparation allows for better service. “It’s easier on the servers and allows us more time to talk to the guests and make sure they’re having the best experience possible,” Naren Young, creative director and bartender at Dante, told Bloomberg in March 2019. “We can put out a fantastic product without the show.”

“If a bartender can have a conversation or take more orders, that is a benefit to service,” Hoffman adds.

(Additionally, it’s worth noting, a good bartender will pre-mix shelf-stable ingredients such as liquors and liqueurs, and save fresh elements, such citrus or fresh juices, for mixing on the spot.)

There’s also a sustainability element to pre-batching: Bartenders shaking or stirring with ice toss that ice into a sink, where it’s wasted (or worse, is melted with more water to help it drain quicker). In places like California where water usage is a serious concern, “That’s a bunch of water getting lost,” Hoffman says.

If the benefits of batch cocktails are clear, there is one aspect of the practice that remains cloudy: its legality. “Alcohol is a highly regulated industry and there are so many intricacies that there is rarely a solid answer to anything that has a twist,” Elke Hofmann, a New York law practice owner who specializes in bars, restaurants, and alcohol producers, told me in an interview in May 2017.

In New York, “pre-mixed drinks [are] illegal 99 percent of the time,” Hofmann says. Sangria, infused vodkas, and cocktails on draft are among the common culprits. “There are entire bars built around infused vodkas,” Hofmann said. “No one has stopped them, but it is technically illegal.”

(Of course, others might consider it a crime not to serve sangria on a hot summer day.)

Fuzzy legality notwithstanding, many industry members agree that batching makes a better cocktail and, ultimately, a better experience.

“There can still be really great service, and you can still feel special,” Hoffman said.

The article Pre-Batched Cocktails Are Here Because Drinkers Want Perfection, Not Improvisation appeared first on VinePair.