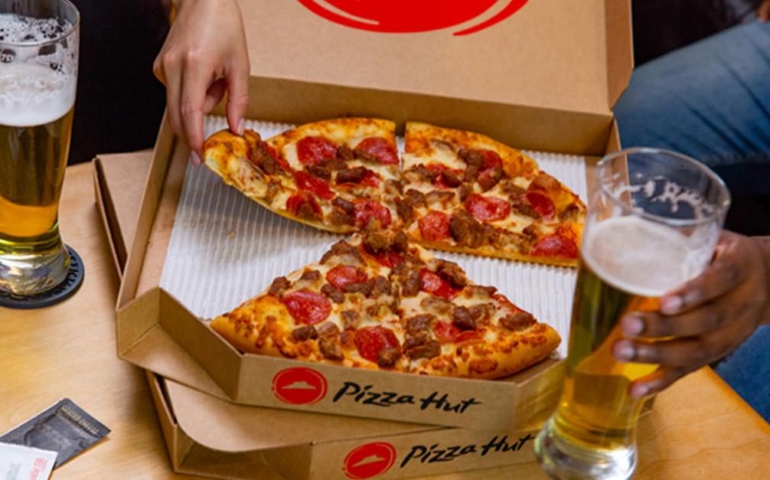 Just over a year after piloting its beer delivery service, Pizza Hut today announced plans to expand beer delivery to 1,000 locations by summer 2019.

Pizza Hut launched its beer delivery program in Arizona in December 2017, before expanding to parts of California five months later. The fast-food chain today revealed that more than 300 restaurants across Florida, Iowa, Nebraska, North Carolina, and Ohio will now also offer beer on their delivery menus. Additional locations across California and Arizona will be added by mid-January.

The fast-food chain, which is the official pizza sponsor of the Super Bowl, offers a variety of beers, including Blue Moon, Bud Light, and Corona Extra. To make sure underage customers aren’t taking advantage of the service, participating locations have employees check customers’ IDs when the order is delivered.

“Beer delivery is a game-changing lever that we’ll continue to pull in order to deliver oven-hot pizzas with ice-cold beer to customers watching and celebrating their favorite teams,” Nicolas Burquier, chief customer and operations officer, said in a press release.

Speaking to CNN, Marianne Radley, Pizza Hut’s chief brand officer said the “positive feedback … is a big driving force behind this expansion.” Radley also said the beer delivery service has attracted new customers, which could be vital for the brand, given that Pizza Hut has continued to lose ground to rival Domino’s in recent years.