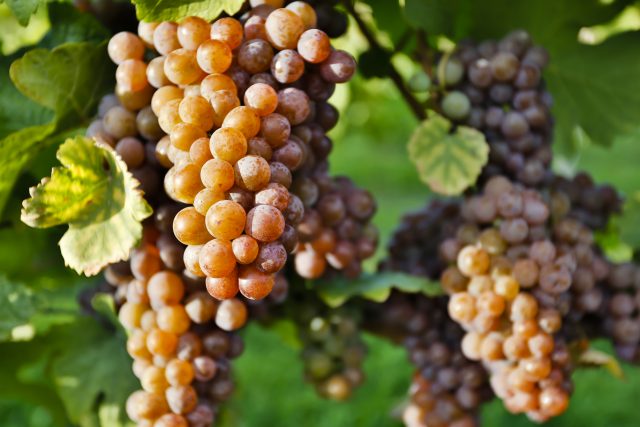 The consortium representing the Pinot Grigio delle Venezie DOC has published the results of its study examining the performance of Pinot Grigio in the UK.

Wine Monitor, and Wine Intelligence on wine imports into the UK, as well as sales trends and consumer behaviour, in its study. Among the areas it explored was the origin of the Pinot Grigio sold in the UK, with a focus on Italian Pinot Grigio, and the regions that export the most.

It also explored consumption trends and presence in the on- and off-trade, and examined the rate of growth in different styles of Pinot Grigio.

While Italy is second to France in terms of total value exports of still white wine to the UK, the average price per litre of wine achieved puts it behind the US, France, New Zealand, Chile, Australia, and Germany.

Sales and positioning of Pinot Grigio in the UK

A total of 59m litres of Pinot Grigio, worth £438bn, was sold in the UK off-trade last year. Of that volume, 22.9m litres was Italian Pinot Grigio. Italy was followed by the US, Australia, Romania and New Zealand as being the countries supplying the most Pinot Gris. Italian Pinot Grigio has a 37% share of the market by value.

Three quarters of Pinot Grigio sold in the UK last year was white. The consortium noted that sales of rosé or blush Pinot Grigio rose by 13.5% in 2019, compared to 4.7% for the white version.

Focusing on Italy alone, 44% of the Pinot Grigio sold in the UK comes from the Veneto region, 19% from Abruzzo, 15% from Sicily, 9% from Trentino Alto-Adige and 8% from Lombardy.

Pinot Grigio breakdown in the UK

According to a survey of 1,800 UK consumers, the consortium found that 54% had consumed a still white wine in the past year.

72% of those who consumed an Italian Pinot Grigio had a white version, but 19% said they mostly drank the rosé version.

In terms of how it is consumed, 74% said they bought Italian Pinot Grigio to drink at home, while 26% said they mainly had it in restaurants, pubs and bars.

58% of those that bought Pinot Grigio last year were female.

The consortium said that a third of consumers are aware of the DOC status of Pinot Grigio delle Venezie DOC. 62% of those surveyed said they would be interested in buying it if they found it in shops or the on-trade. Over half said they would prefer it if these wines were more readily available in the supermarkets.

The delle Venezie DOC was formed in 2017 and covers the Friuli-Venezia Giulia, Trentino-Alto Adige and Veneto regions. It permits the use of Chardonnay, Friulano, Garganega, Müller-Thurgau, Pinot Bianco, Pinot Grigio and Verduzzo.

In line with EU standards, Pinot Grigio delle Venezie DOC wines are required to be at least 85% Pinot Grigio, while the remainder may be any white grapes allowed to be grown in the region.

All wines undergo taste tests by an independent panel and are subject to a maximum yield of 126hl/ha.