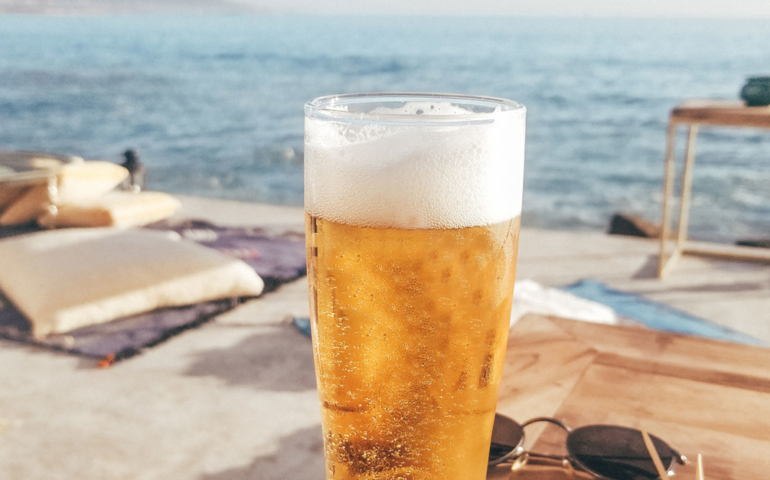 Pilsners have one of the most dynamic backstories in beer. The style was developed in the Czech village of Pilsen in the first half of the 19th century, and soon became a dominant global force. In the early 20th century, the style comprised more than 90 percent of beer consumed worldwide, according to the “Oxford Companion to Beer.”

Yet pilsners and their role in craft beer currently raise questions. Today’s craft beer drinkers gravitate toward brews with strong, bold flavors and vivid colors. India pale ales (IPAs) have come to dominate craft beer bar tap lists and are the third most popular style in America. Dick Cantwell, founder of Elysian Brewing Company, says “we are living in the heyday of the IPA.” Sours and stouts have emerged from their niches and are edging toward the mainstream. Pilsners, on the other hand, are bready, crisp, and subtle.

Are pilsners on the verge of becoming the Bordeaux of the craft beer world — e.g., a respected style favored primarily by older drinkers and contrarian geeks? Or is there a change coming that suggests pilsners will find solid ground and mainstream success amid the rapidly shifting trends of craft beer of 2019?

One advantage that pilsners have over trendier siblings like double India pale ales (DIPAs) and imperial stouts is a lower alcohol per beer volume (ABV). Most pilsners check in around 5 percent ABV, whereas some imperial stouts run into the teens.

Kevin Bradford, co-founder of the craft beer bar Harlem Hops, says this is a factor among his clientele. “We have customers that will come in only looking for pilsners,” he says. “These customers usually comment that they’ll want to drink more than one or two rounds of beer and still be in control of their mental awareness!” The bar always has a pilsner on the draught list and two or three can options.

Some pilsners have figured prominently in craft beer’s rise, too, such as Post Shift Pilsner from Jack’s Abby, Pivo from Firestone Walker, Prima Pils from Victory, Pils from Lagunitas, and Pony from Half Acre, just to name a few.

One of the most popular pilsners in the New York craft community is Vliet, the flagship brew of Brooklyn-based Threes Brewing. The beer was named the best beer brewed in New York State in the 2017 Governor’s Excelsior Cup, besting more than 600 entries. (The brewery’s grisette, Passing Time, won the 2018 competition.)

“From the day we started conceptualizing what Threes Brewing would be, we knew making pilsners would be an important part of the project,” two of the brewery’s co-founders, Justin Israelson and Greg Stylman, write in an email to VinePair. “While the style isn’t as fashionable as the bolder, hoppy ales that American craft breweries have become known for, we believe that pils is the perfect representation of what beer can and should be.”

They recognized that they were going against the grain. “We could have chosen a style that had a more obvious product-market fit; many so-called insiders warned us we could not sell a premium pils (Vliet is expensive to make and thus sell!), but this style is now 20% of our overall production and featured on the menus in some of the best restaurants and beer bars across the state.”

Phil Schwartz, Lower Manhattan territory manager for Remarkable Liquids, is one of the insiders on board with pilsners. His experience suggests that beer enthusiasts’ palates evolve.

“I had a pretty serious distaste for pilsners when I first started getting into craft beer and was really attracted to the stronger flavors found in IPAs, stouts, and sours,” he says. The more he got into beer, however, the more he appreciated pilsners for the skill reflected in brewing.

“There are no adjuncts, or huge amounts of hops to hide flaws,” he adds. “Since I started getting back into pilsners, it’s honestly great to be able to have a handful of crisp, clean beers without getting full or buzzed too quickly from an IPA or stout, or heartburn from a sour.”

Now, some breweries known for other styles are introducing pilsners into their mix. Oxbow, best known for superb farmhouse ales, is making Luppulo; Crooked Stave and DeStihl, two breweries best known for sours, have introduced Normal Pilz and Von, respectively; and Grimm, a Brooklyn-based brewery that has elicited cultish attraction for its IPAs and sours, makes a few pilsners, most notably Chronos and Topos.

“Since many of the beers we make are so flavorful and hazy, we love the contrast when we get to brew crisp, clear, subtle beers,” says Joe Grimm, who co-founded the brewery with his wife and fellow brewer Lauren Grimm. “Our pilsners are some of the most traditional that you will find — they are step-mashed with five separate temperature rests, cold-fermented, and lagered.“

He notes some aspects of pilsners may surprise even the most avid beer enthusiast. “Pilsner is a very hop-focused beer style!” he says. “Ours are very hoppy indeed, but since we are using low-alpha, old-world noble hops, the flavor is in a completely different world from what an IPA fan is used to; instead of the citrusy, tropical, and cannabinoid flavors we get from American hops, our pils is floral, spicy, and elegant.”

Meanwhile, at Three’s, experimentation is key — not to bring pilsners in line with current trends, either, but to take it back further into its traditions. The brewery recently introduced Kicking and Screaming, an unfiltered pils.

“It initially started as a bit of a goof,” write Israelson and Stylman. “Our team had spent a lot of time experimenting with wood fermentation and aging, but mostly with farmhouse ales. We were curious what Vliet would taste like if it went in our newly procured foudre (a giant oak fermentation tank), so we tested a batch and were pretty blown away by the outcome. The final result had a substantial oak character that added depth and creaminess to the crisp lager without overpowering the style’s simplicity. The wood adds a subtle toasted marshmallow note that softens the hop character.”

Rather than moving away from the tradition, they cited classic wood-aged, bottom-fermented beers like Pilsner Urquel and Schlenkerla Helles as antecedents for their experiments. Israelson and Stylman weren’t sure how the market would respond, they say, but Kicking and Screaming has become a staple.

”Between [the popularity of] Vliet, Kicking & Screaming, and the other lager beers we’re making right now, we’re hopeful that we’re at an inflection point of consumers tastes in beer evolving yet again.”

The article Pilsners Are an Elegant Outlier to the Craft Beer Hype Machine appeared first on VinePair.