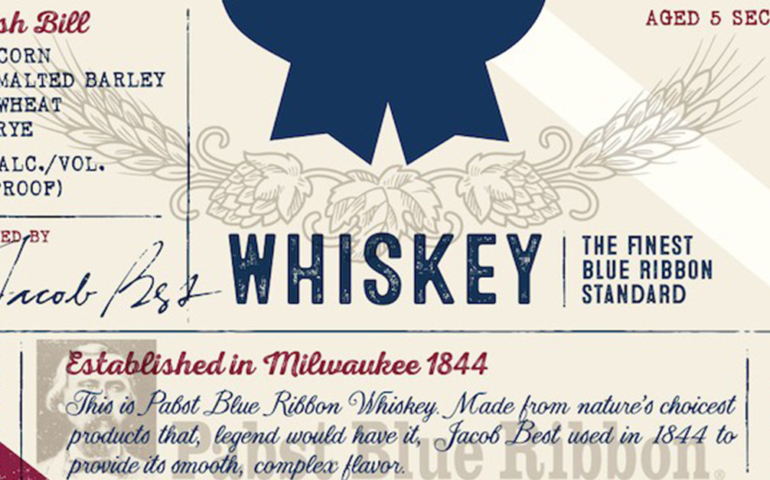 In what could potentially become the best boilermaker of all time, Pabst Brewing, makers of the beloved Pabst Blue Ribbon beer (better known to many as PBR), is unveiling its own whiskey.

Pabst Blue Ribbon Whiskey will be an 80-proof (40 percent ABV) “white whiskey” that is “aged five seconds,” according to a spokesperson and its label, which was approved by the Alcohol and Tobacco Tax and Trade Bureau (TTB) last week. After rumors circulated about the potential PBR booze debut, Food and Wine confirmed on Tuesday that it is indeed real and set to launch this summer.

Official details about the launch were not available at press time. However, the whiskey is produced by New Holland Brewing, a Holland, Mich. brewery and distillery which has a distribution partnership with PBR.