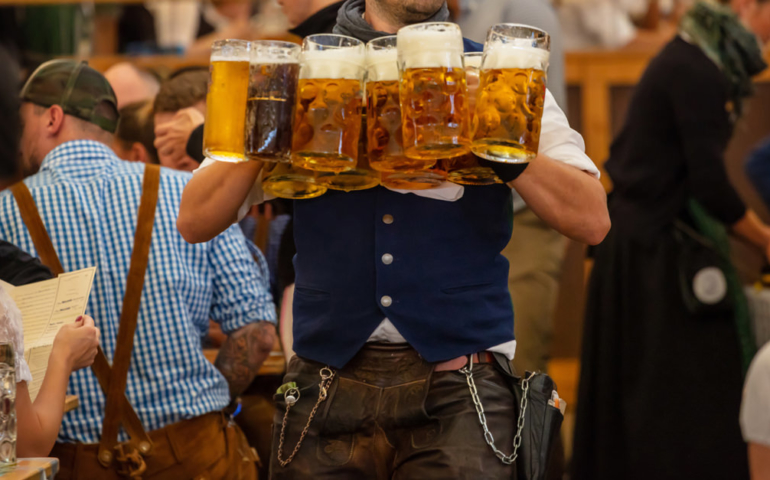 This year’s Oktoberfest in Munich has come to an end and the statistics are out: the annual event saw more than six million people in attendance over a 16-day period, according to a report by The Drinks Business.

Out of those millions, a total of 96,912 beer mugs were confiscated from revelers attempting to steal a souvenir from the festival. While that may seem high, the number is actually lower than the attempted beer mugs reportedly seized in 2018 (101,000).

Also in decline were the number of recorded alcohol poisonings, pickpocket occurrences, and liters of beer consumed (down 200,000 liters from 2018).

While there may have been less beer guzzled, the general opinion is that the 2019 festival was a resounding success.

“It was a very nice Wiesn,” Clemens Baumgärtner, the festival director, said. “Our motto was ‘loved and lived’, and that’s the best way to describe it. Whether it was sunny and warm or rainy and cool, it was a peaceful Wiesn with a relaxed audience that accepted our offers very well.”