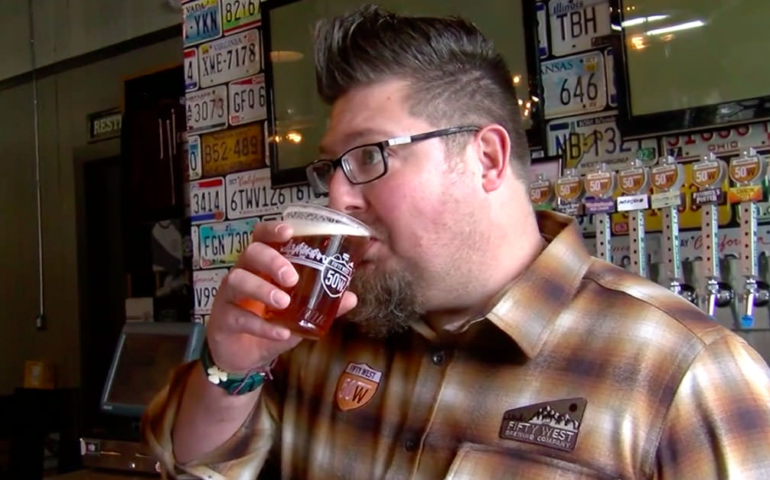 For Christians, Lent marks a 46-day period of sacrifice and reflection observed in the lead up to Easter. For one Ohio brewery worker, that means giving up food and common sense this year, as he tries to survive on nothing but beer and water for the duration of the religious period.

As reported by numerous media outlets, Del Hall of Fifty West Brewing Company in Cincinnati, Ohio takes his inspiration from 17th-century Bavarian monks who traditionally fasted on a “bock beer diet” during Lent.

“That would be their liquid bread, and that’s what they call it,” Hall says of the traditional Doppelbock monks survived on. However, he plans to mix things up and drink multiple beer styles during the fasting period.

Hall’s previous fasting experience is reportedly limited, and the brewery worker says he’s “nervous” about the prospect. But Hall claims to have a “game plan” (that he so far hasn’t revealed) and says his prior professional and personal accomplishments stand him in good stead of completing this challenge.

You might be worried that being in the military or completing a marathon aren’t the only preparations required to survive on nothing other than beer for 46 days. (Us, too.) Thankfully, Hall says he will also be checking in periodically with a physician.

The article Ohio Brewery Worker Plans To Survive on Nothing But Beer This Lent appeared first on VinePair.