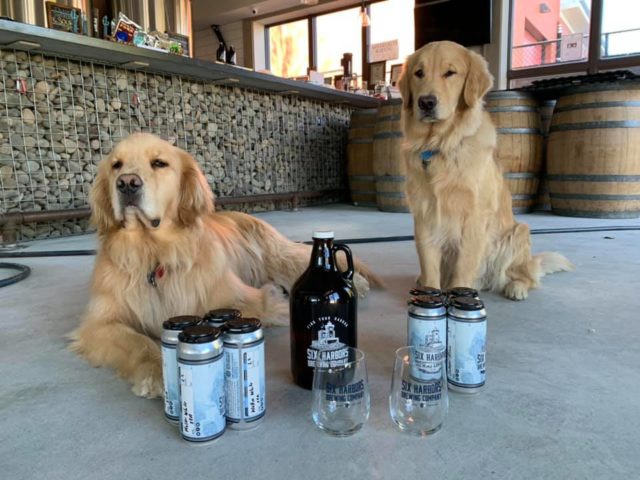 Six Harbors Brewing Company, based on Long Island in New York state, has enlisted the help of golden retrievers Buddy and Barley to deliver beer during lockdown.

The canny canines, assisted by brewery owners Karen and Mark Heuwetter, have been helping the business to offer free local deliveries after Covid-19 resulted in the closure of its tap room.

Like many businesses, microbrewery Six Harbors has been forced to adapt its practices in order to bring in sales after lockdown was implemented.

Mark Heuwetter told CBS that he wasn’t sure whether to close the brewery or remain open.

“We had to redefine our business. We never had curbside, we never had delivery,” he told CBS This Morning.

Karen Heuwetter told the programme that the dogs have helped the business retain its personal touch during social distancing.

“You really kind of can’t get close to people other than your own family members,” she said. “The dogs kind of bring more of a connection for them.”

The Heuwetters are hoping their four-legged friends will help bring in some much-needed funds, after revealing that their sales were down 60 to 70% on normal levels.

It follows news, reported in March, that an 11-year-old boxer called Soda was helping a winery in Maryland to deliver bottles to customers.