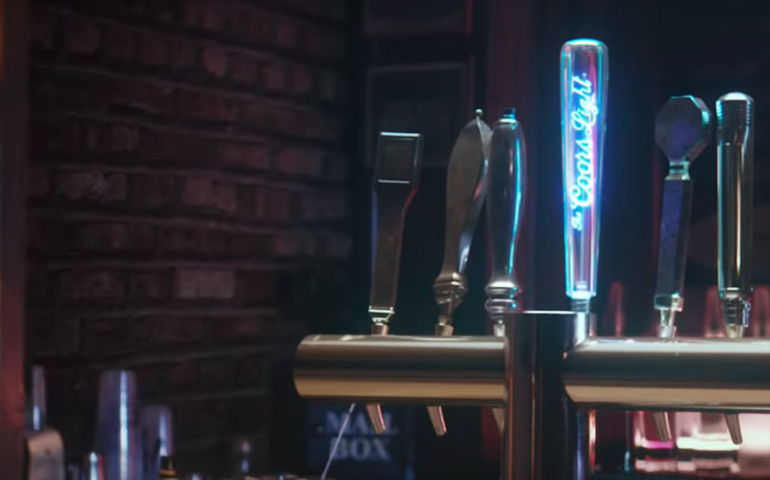 It’s been more than a month since Bud Light aired its “corntroversial” Super Bowl ads, and very publicly picked a fight with MillerCoors. The feud shows no sign of slowing. But, the latest development in the Bud Light vs. Miller Lite and Coors Light fight could spell good news for beer drinkers.

On Wednesday, MillerCoors announced it will give away free Coors Light every time Bud Light makes negative comments about its brand on social or broadcast media.

“When they bring hate, we will literally bring light,” Ryan Reis, vice president of the Coors family of brands, says. “The more Bud Light talks, the more we refresh.”

Reis unveiled the “Coors ‘Light’” handles at a MillerCoors convention in Tampa today, and revealed plans to launch them on March 21 in select bars in New York, Philadelphia, Dallas, Omaha, and Las Vegas.

Coors Light accompanied the smart handles with a new ad, in which the brewer claims “80 percent of drinkers would rather enjoy a refreshing cold beer,” than listen to an ongoing feud surrounding corn syrup and brewing ingredients.