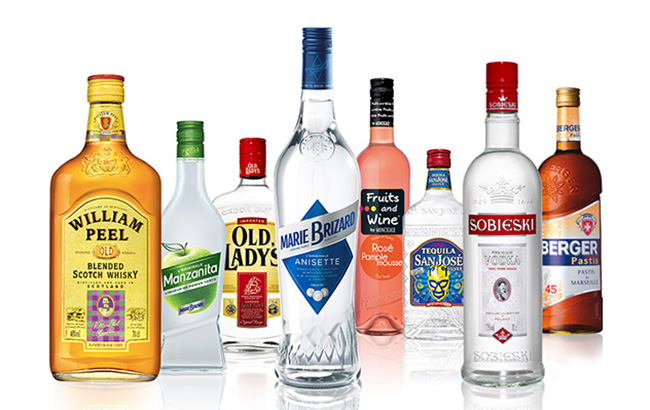 French drinks group Marie Brizard Wine & Spirits (MBWS) has reported a 2.5% sales increase for the first quarter of its 2020 financial year but has postponed announcing its 2019 full-year results until 29 May at the lates. William Peel owner MBWS said the group experienced a “contrasted start” to the year driven by good bulk sales activity.

In the Western Europe, Middle East and Africa (WEMEA) region, sales fell 9.3% to €21.9 million (US$23.7m) compared to the previous year. The decline was mainly due to changes in sales in France, which fell 9.2% due to a downward trend in spirits.

MBWS also noted the “significant impact” of containment measures, including less promotional activity, which came about due to the coronavirus crisis.

The group added that the impact of the pandemic was “felt fairly quickly” in March, affecting sales in all Western European countries, but particularly the UK, Scandinavia and Denmark.

Volumes in Poland were particularly hard hit during Q1 as a result of distributors stockpiling at the end of 2019 ahead of a 10% tax increase that came into effect on 1 January 2020. Covid-19 also had an impact on sales from March.

Lithuania sales were also impacted due to a 10.5% increase in excise duty from 1 March 2020, while in Bulgaria, the first quarter was affected in both domestic and export markets, partly due to Covid-19.

The Americas bucked the trend of WEMEA and CEE, recording a 35.3% sales increase during Q1, reaching €5.7m (US$6.2m). Sales benefitted from a new distribution partnership with Sazerac in the US and “strong growth” in the off-trade during the early containment period of the pandemic.

Brazil was “buoyant” until the end of February, but was impacted by Covid-19 in March, which caused delays in orders from wholesale customers.

Andrew Highcock, CEO of MBWS, said: “In a context characterised by the expansion of the Covid-19 pandemic, we are committed to making every effort to protect our employees and partners whose health and safety is a priority.

“The impact of this health crisis on activity from mid-March onwards is visible for our brand activities and should continue at least in the second quarter.

“In a difficult global context that is rapidly changing, we remain cautious about the outlook until visibility improves. We are confident in the relevance of our strategic choices aimed at restoring the sustainable profitability of our business and we are committed to pursuing their implementation with determination.”

MBWS said it was continuously monitoring the Covid-19 situation, but stressed that “to date, none of the group’s major sites in France have been affected”.

However, MBWS said the group’s business has been affected by the pandemic since mid-March.

“With the extension of the containment measures, these marked effects are expected to continue at least in the second quarter,” MBWS said. It added the company has taken effects to control its base and has adopted a “strict policy of cash preservation and control, and assessment of its potential additional needs”.

“The group remains fully committed to its medium-term transformation plan to reduce costs and return to sustainable profitability,” MBWS concluded.