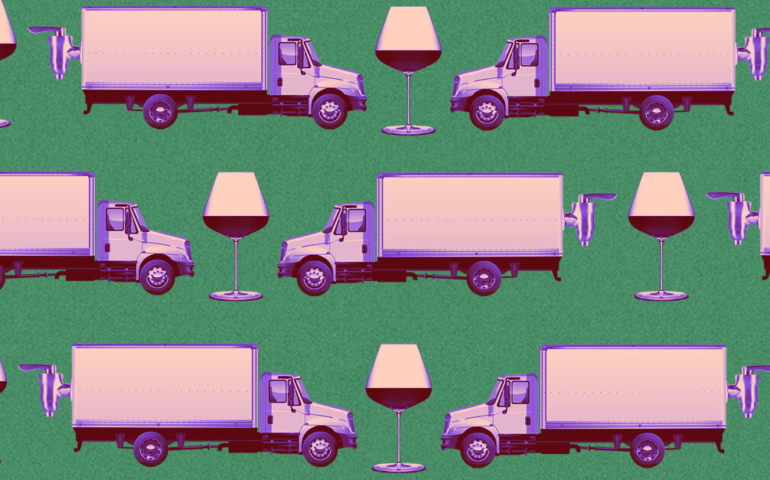 For as long as the alcoholic beverage industry has existed, there have been epic and sophisticated heist attempts. Whiskey, wine — you name it — if it’s got alcohol in it, someone has tried to get their hands on a bottle with a five finger discount.

Despite an ongoing global pandemic, it seems like some things never change. Hot on the heels of a recent whiskey heist in Georgia, a California man tried to score some free wine this week, in what can only be described as an absurd and barely believable attempted robbery.

On Tuesday, in Turlock, CA, the suspect flagged down a Cherokee Freight lines tanker truck carrying massive quantities of red wine, according to the Turlock Journal. The truck pulled off of the highway to help, but after witnessing strange behavior from the male (later identified as Gabriel Moreno), the truck driver drove off. As he did, the driver noticed drastic changes in his liquid gauges and was forced to stop again.

Upon inspection of the truck, the baffled truck driver found Moreno tucked under the tanker. The thirsty culprit was guzzling wine straight out of a tanker valve, depositing dozens of wasted gallons in wine in the process.

The California Highway Patrol and the Turlock Police Department soon responded to the scene, arresting Moreno on suspicion of vandalism, as well as driving on a suspended license.

While everyone could use a drink right now, there are definitely easier (legal) ways to enjoy a glass of wine.