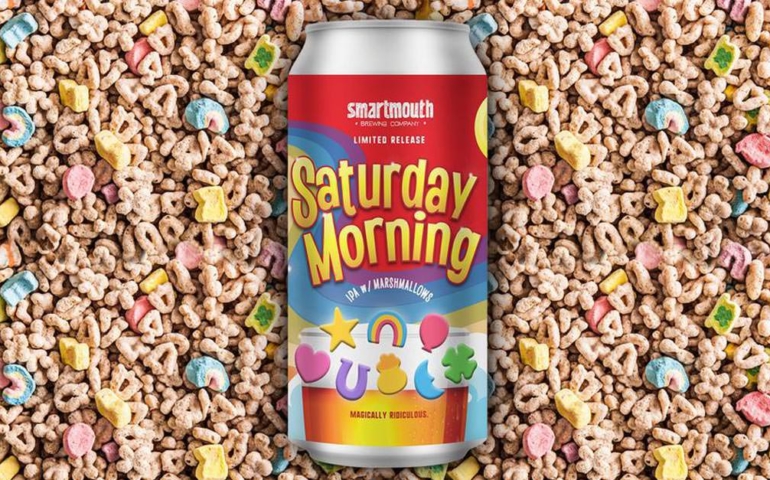 We have milkshake IPAs, and we have sour IPAs. Did you ever dream we’d have Lucky Charms IPAs? It must be the luck of the Irish — with a healthy scoop of marshmallow-dusted marketing.

The Lucky Charms-inspired beer from Norfolk, Va.’s Smartmouth Brewing is not an official partnership with General Mills (a la Captain Lawrence Brewing’s Carvel collaborations). Nevertheless, the appropriately named Smartmouth created the beer with the “magically delicious” cereal in mind.

The catch, as with many copyright-infringement-flavored beers, is that the candy-packed IPA is only available for a limited time in the brewery’s home state. Saturday Morning IPA will debut at a “magically ridiculous” launch party on Saturday, March 2, 2019 at Smartmouth Brewing. The colorful event lineup includes a Super Smash Bros. tournament, comic book sale, “Nerd Night Trivia,” and cosplay contest.