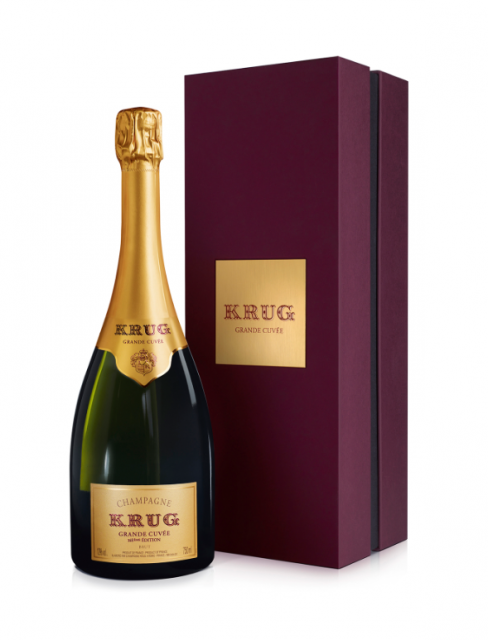 By way of a Zoom video webinar, Olivier Krug and winemaker Julie Cavil presented the latest edition of the Krug’s Grande Cuvée multi-vintage blend this morning – which is the 168th in Maison’s history.

Based around the harvest of 2012 – a vintage heralded as one of Champagne’s greatest this century – the blend comprises 198 different wines spanning 11 years, with the oldest being a Pinot Noir picked in 1996 from the grand cru village of Verzenay, according to Cavil.

Speaking about the broad span of harvests within the Grande Cuvée, the youngest of which was the 2012 vintage, and the amount of time the Champagne ages in Krug’s cellars before release, Cavil stressed, “You need 20-25 years to craft a bottle of Krug Grande Cuvée.”

She also said that due to the extensive use of reserve wines from older harvests, the multi-vintage blend always contains a mix of flavours from “fresh fruit, to dried fruit, and a drop of the antique shop.”

Meanwhile, addressing the subject of the 2012 base vintage for the 168 edition, Cavil said that it was a “very good vintage”, although it “tested the nerves of the growers” due to the wide range of “climatic incidents” during the season, from frost, rain and hail storms. It was also the driest ripening season since 1974.

As a result, it was also a low-yielding harvest – 20% down on the average in Champagne – requiring the use of library wines at Krug to “calm down the concentration of 2012”, recalled Cavil.

Cavil, who officially became Krug’s chef de cave at the start of this year following the retirement of former cellar master Eric Lebel, said that the blending process at the Maison has not stopped despite the coronavirus lockdown in France.

“We were in the middle of the process of creating the 175th edition of Krug Grande Cuvée when the lockdown began,” she recorded, adding, “So I think in 2028-2030 [when this edition is released on the market] we will have a lot of anecdotes to tell,” she said.

Finalising the blend was made possible by separating the tasting panel, which comprises a minimum of six people, into three different rooms, ensuring that physical distancing guidelines were adhered to.

Holding up a sample of the 175 lockdown edition, she said that it comprised 166 different wines from 13 harvests, with the youngest being, of course, the 2019 vintage, and the oldest being from 2006 – which Cavil added was a “small plot from Le Mesnil-sur-Oger. This latest Grand Cuvée will be bottled in June she said, at which point, “We shall close the book on this harvest and open the next one for 2020.”

As for the current release, Krug Grande Cuvée 168ème Édition, the house describes the Champagne as an aromatically complex mix of “flowers in bloom, ripe, dried and citrus fruits as well as marzipan and gingerbread”, with a palate that “reveals flavours of hazelnut, nougat, barley sugar, jellied and citrus fruits, almonds, brioche and honey.”

Krug Grande Cuvée 168ème Édition will be available commercially from Friday 14 May with an RRP of £150.

As with every Grande Cuvée release since 2016 – and now every rosé since 2018 – Krug features the édition number on the bottle, allowing collectors to easily track the vital statistics of the multi-vintage Champagne blend in their cellars. 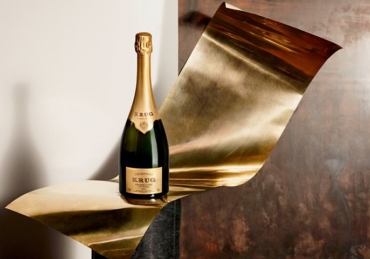