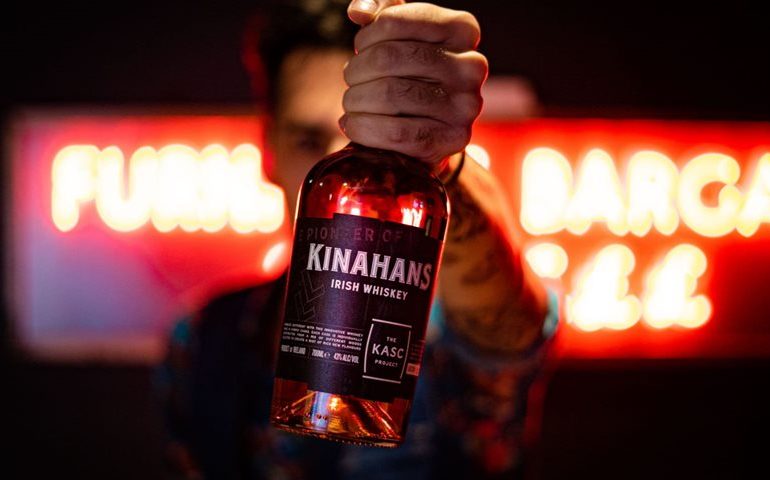 The rise of no-age-statement (NAS) whisk(e)y has inspired debate among the trade and enthusiasts alike. Cynics voice concerns over a lack of transparency, while supporters see it as an opportunity to push the category forward.

Zak Oganian, managing director of Kinahan’s Irish Whiskey, is a proponent of the latter stance – a position that is directly related to the brand’s newest product, the Kasc Project.

The release is a NAS whiskey aged entirely in ‘hybrid’ casks, barrels made from staves of five different types of wood: American, French, Hungarian and Portuguese oak, and chestnut. ‘We never talk about age statements with our hybrid casks because it should be a conversation about the flavor,’ Oganian tells me.

We’re meeting at hospitality members club Trade Soho for a tasting of the Kinahan’s range, and he fills me in on the company’s history as he pours the samples. Founded in 1779, Kinahan’s is an OG of the Irish whiskey category, but production ceased in the early 1900s.

‘It was one of the first companies in Ireland making exclusively matured whiskeys [before legislation required maturation],’ Oganian explains. It wasn’t until 2014 that the Kinahan’s brand came under new ownership and began releasing whiskeys again, led by Oganian and ‘master of wood and liquid innovation’ Quinzil du Plessis.

‘When we started reviving Kinahan’s, we thought, how do we re-pioneer Irish whiskey? How do we become pioneers again today? You can’t just say, “we’re maturing whiskey” anymore. So we’re looking at new ways.’

The first whiskeys Kinahan’s launched upon its revival were those in the Heritage Collection, including a 10yo single malt aged in American oak. The creation of this more ‘traditional’ style stood in contrast to the innovative releases the team had planned for the future, and it also provided confirmation that the NAS route was the best option for more unusual whiskeys like the Kasc Project.

When everybody is on a level playing field in terms of the cask and the flavour it delivers, you need to differentiate yourself somehow, and if it can’t be through wood, it has to be through age

‘What I call “traditional” whiskeys are whiskeys made in ex-bourbon American oak casks. The American white oak from which the cask is made has certain key character notes, and the whiskey is limited to that [in terms of flavors that develop during maturation] – things like vanilla, fruit, red apple.

‘This is why age statements surfaced initially [in the whisk(e)y category]. When everybody is on a level playing field in terms of the cask and the flavor it delivers, you need to differentiate yourself somehow, and if it can’t be through the wood, it has to be through age.’

Of course, age is a relatively straightforward way to communicate quality to a consumer (whether it delivers on the quality it promises is another conversation). Without age statements, confusion can set in. Consumers may automatically assume that NAS is an inferior product – or that the producer is hiding something about the liquid. Ohanian elaborates: ‘I was just in Russia doing a masterclass, and this guy was saying “You’re not telling us something! You’re deceiving us [because there’s no age on Kasc Project bottle]!” And I was like, we are trying to create a different perception and a different conversation for whiskey. As soon as we put an age on this, you’ll [judge] it.

And it’s not easy to redirect people from their usual standards of quality, as Oganian has realized. ‘Every conversation we have, every brand ambassador working for our importers, they all have the same questions: ‘How old is this? What do we say to the consumer?’ Well, use it to start a new conversation. Talk about flavor and staves and wood and the origin.’

These are conversations that consumers and trade alike should get used to, as more producers turn to NAS labeling for their innovative liquids. It’s certainly a style that Kinahan’s plans to stick with, applying the idea not only to the Kasc Project but to a range of whiskeys called the Special Release Project (SRP) as well.

SRP is a collection of annual releases that focuses on bringing flavor through the wood, like the Kasc Project, but uses single casks of the same material rather than hybrid barrels. The first expression in the range is the Merlot Cask Finish, and the brand is experimenting with aging in Armagnac casks, Portuguese oak, Amarone barrels, and chestnut.

These kinds of whiskeys are what Oganian sees as the future of Kinahan’s, and as an important part of the future of the category as a whole: ‘I don’t understand how else you’ll innovate in whiskey maturation unless you focus on different woods giving different flavors,’ he says. ‘This is the next wave for whiskey.’ 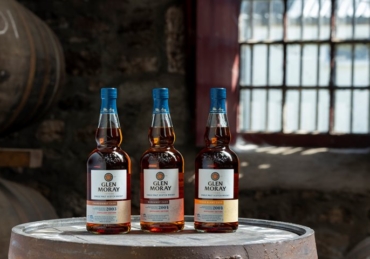 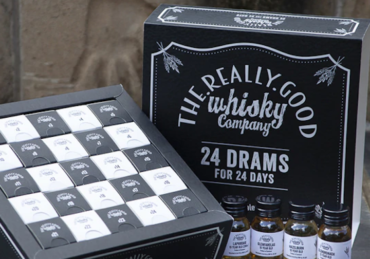 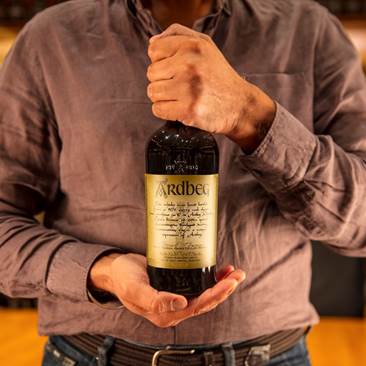 The Whisky Exchange is Selling a Bottle of Whisky Worth £7,500 for £99 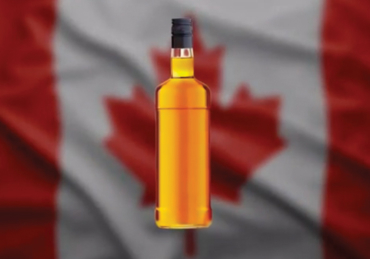 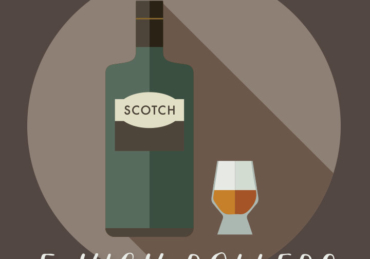