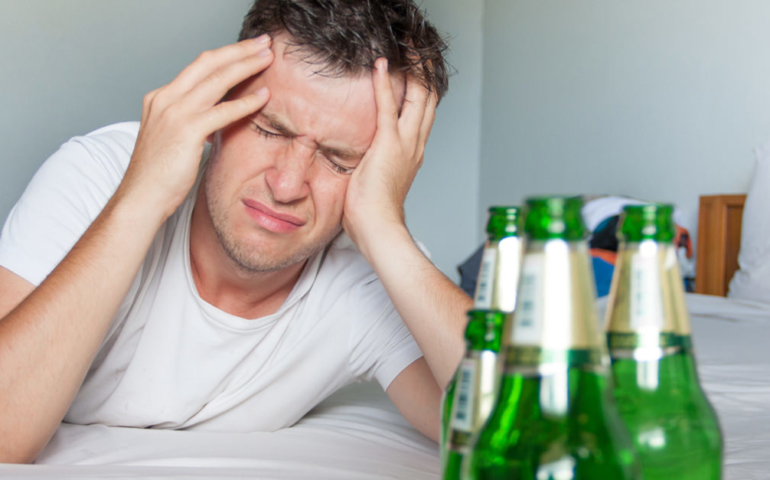 “Beer before liquor, never been sicker. Liquor before beer, you’re in the clear.” So goes the age-old saying alleging that one can avoid a hangover if they consume their alcoholic drinks in the correct order.

But according to a new medical study, the order in which you choose to drink different types of alcohol has no bearing on the intensity of the next day’s hangover.

The study, published today in the American Journal of Clinical Nutrition, sampled a group of 90 German students aged between 19 and 40, a split them into three research groups.

The first group drank two-and-a-half pints of beer followed by four large glasses of white wine. The second consumed the same but in reverse order, four large glasses of white wine followed by two-and-a-half pints of beer. The final group drank either only beer or only wine, but consumed the same total amount of alcohol as the first two groups.

A five-percent ABV Carlsberg Pilsner was the chosen beer for the study, and an 11.1-percent ABV 2015 Edelgrafler was the white wine.

Participants judged how drunk they felt at the end of each drinking session and then ranked their hangover the next day using an “Acute Hangover Scale.” The scale took into consideration factors including thirst, fatigue, headache, dizziness, nausea, stomach ache, increased heart rate, and loss of appetite.

One week later, the groups were asked to drink their beverages in reverse order, or in the case of the third group, switch drinks.

The results found that changing the order in which drinks were consumed made little to no difference on pain and discomfort the following day. Not only that, they also found that sticking to one drink over another offered no benefit.

One thing the study’s publishers did “discover,” however, is that severity of intoxication can be an accurate predictor for how bad the hangover would be. You don’t say.