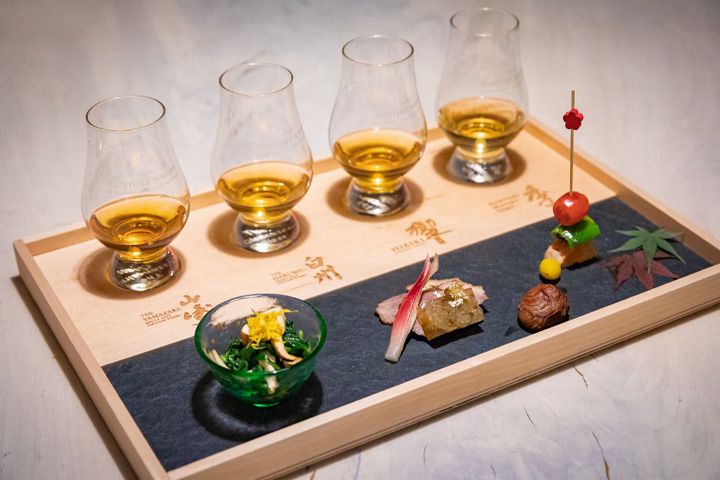 Traditionally, sake is the preferred pairing for sushi. But at Sushi Seki, and specifically at the Times Square flagship in NYC, sake sommelier, Yasu Suzuki has been experimenting with Japanese whiskey to accompany the restaurant’s omakase offerings.

His approach is a little different than most. For starters, he doesn’t call what he does pairing. “Our intent is not to pair,” says Suzuki. “Whisky is already perfection.” Instead, he aims to find complementary textures and flavors, pouring a peated Hakushu 12-year-old with shrimp smoked over a blow-torched board, or a gentle Yamazaki 12-year-old alongside chawanmushi, a savory egg custard, studded with mushrooms.

For the Japanese native, the exercise began after whiskey giant Suntory approached the restaurant about collaboration in October 2018. (Note: In July, Suzuki left Seki to return to Japan, but the “Whisky and Chopsticks” pairings continue.) “They wanted us to think of dishes to complement their whiskeys,” he says. “Before, we had only done sake and wine [pairings]. But specifically with whiskey, this was our first trial.”

After learning all about how Japanese whiskey is made, the next step was to start nosing and tasting the whiskeys and experimenting to see how they drank at different temperatures. “If served neat at room temperature, it tells a different story then when chilled,” says Suzuki. Once the aromas and flavor components had been identified, the chefs began composing dishes to highlight those notes.

The secret to finding harmonious combinations was to consider “the smokiness and fattiness” from each whiskey, adds Suzuki. Each whiskey, he says, has a different texture, ranging from light to oily or more robust, which explains why it makes sense to match the intensity of a peated whiskey with a morsel of quick-smoked shrimp.

The strength of the alcohol levels also comes into play. For example, a Toki highball, cut with soda water and ice, makes for a refreshing pairing alongside tempura vegetables or other fried items. Meanwhile, a neat pour is more harmonious alongside dishes with concentrated flavors, yet the same whiskey chilled over a cube of ice can work well alongside traditional sushi like tuna, mackerel, eel or sea urchin. At home, Suzuki recommends experimenting with the same whiskey neat, on the rocks and presented as a highball to see which pairs best with a particular dish.

In general, food and drink pairings are approached differently in Japan than they are in America, he says. “In the Western way of describing food pairing, they say ‘food and wine,’” adds Suzuki, meaning the wine is chosen to complement the food. “In Japanese culture, for sake, we say ‘sake and appetizer.’ We pick the sake first. It’s a different approach.”

While most U.S. restaurants have stumbled on finding successful ways to pair food and spirits— “whiskey dinners” can be clumsy at best—perhaps the Japanese approach can shed light on how to do it right. “In whiskey, I don’t know,” says Suzuki. “It’s not yet established; we just don’t know yet.” 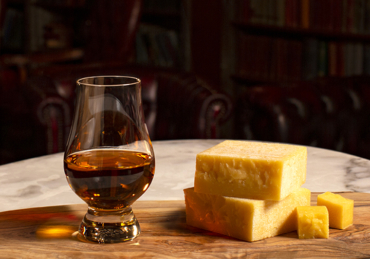