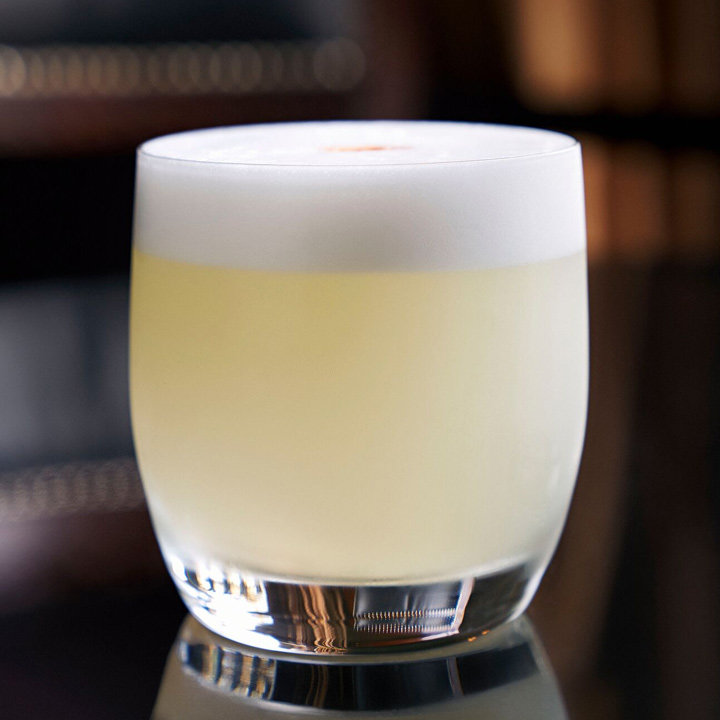 “For me, drinking Pisco Sours is transcendental,” says Macchu Pisco CEO and founder Melanie Asher, who grew up watching her family delight in the cocktail before long luncheons. “There didn’t need to be a special occasion to summon this ritual. It set the right tone for any gathering, weekday, weekend, day or night.”

While at Duke University, Asher wrote her senior thesis on the Pisco Sour and its connection to Peruvian culture. To know more about Peru’s national drink, you could read her 70-page ode to the cocktail, or you could spend a few drinking your way through the country. We suggest the latter.

There’s an ongoing debate over whether the drink was first created in Peru or Chile, but Asher asserts that the cocktail as we know it came to life at the hands of an American bartender Victor Vaughen Morris at his eponymous bar in Lima, which opened its doors in April of 1916.

“The Pisco Sour as it stands today was without a doubt invented by Morris,” says Asher. “Prior to his creation with the egg white and bitters, there were Peruvian bartenders using the combination of pisco, lime, and sugar, but it’s not until it appears on the menu of Morris’ Bar that it’s historically cataloged for the first time as a Pisco Sour (or Sauer, as it’s sometimes written).”

Today, the English Bar at Country Club Lima hotel boasts one of the country’s most sought-after Pisco Sours. The recipe features a hefty four-ounce pour of pisco, as bar manager Luiggy Arteaga finds that this offers the perfect balance between the other ingredients.

El Día Nacional del Pisco Sour, celebrated on the first Saturday of February each year throughout Peru, is a day devoted to recognizing Peru’s widespread appreciation of the drink.“Every Peruvian knows how to make a Pisco Sour,” says Caravedo Pisco brand ambassador André Chirinos, a native of Peru. “It’s a ‘cheers’ kind of drink, but also every household essentially uses it as a palate cleanser between courses.”

Outside of the home, a traditional Pisco Sour in restaurants and bars can almost always be found on the menu, along with some more modern variations, and not just in Lima.

Along a deep curve of the Urubamba River just northwest of Cusco sits Aguas Calientes, the go-to gateway town for visitors of Machu Picchu. Besides the famous ruins, the town is known for its thermal baths, diverse accommodations spanning the spectrum from backpackers’ lodges to luxury hotels, and a quality Pisco Sour at every turn.

Sumaq Machu Picchu hotel is home to one of the best Pisco Sours in town, served at its lobby bar, Suchy. Guests of the hotel can request a complimentary Pisco Sour class from the bar team at any point during a stay. If you’re looking for another Pisco Sour option around the village, Suquy’s bartenders also recommend trying the Pisco Sour at nearby Chullpi, a restaurant located five minutes by foot from the hotel.

If a quick jaunt to Peru isn’t in your travel cards, there are plenty of primo Pisco Sours to sip here in the U.S. They include the Nice Pear at Clover Club in Brooklyn (made with pear liqueur and Moscato d’Asti), a classic version at the Chicago Athletic Association’s Cherry Circle Room, and The Normandie Club inside Los Angeles’ Hotel Normandie, where you can find a perfect traditional Pisco Sour at any given moment if you ask for it by name.

And for the adventurous (and very thirsty), try making one at home with English Bar’s very own recipe.