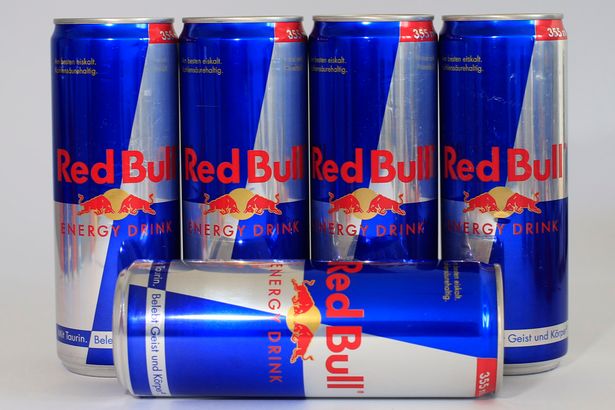 In this article, we want to answer the question of how long does Red Bull lasts in the body after drinking it.

Red Bull has long marketed itself as the energy drink that “gives you wings.” While no one would suggest you test that theory literally, it does provide a sudden jolt of caffeinated energy. The duration of this energy surge greatly depends on the person. The effects of a Red Bull could last between one and four hours.

A typical serving (8.4-ounce can) of Red Bull costs about $2.37 and with a caffeine content of 80 mg, the cost per mg of caffeine is about three cents. Red Bull is one of the most expensive energy drinks on the market today.

Is the cost worth the energy provided? Well, that may be for the one paying the tab to decide. Here we will examine what happens when you drink a Red Bull and how long those effects last. Once you have all the information, you may be in a better position to decide if the price is right.

What Happens When You Drink a Red Bull

The body is an undeniably complicated thing. It can be challenging to determine what exactly goes on when certain things are consumed. Caffeine has been widely researched and its impacts have become well known.

As you can see in the chart below, the majority of what happens in your body after drinking a Red Bull is a function of the caffeine content. The sugar content, which is admittedly high in Red Bull (and most energy drinks), also has an impact on your body as you drink.

Research has shown that it only takes about 12 days for your body to adapt to the caffeine you consume each day. This means that if you drink one Red Bull per day, your body may not react as significantly in two-weeks.

What Happens When You Drink a Red Bull Chart

Is Red Bull (or other energy drinks) Bad for Me?

We now know that it takes about 12 hours to fully eliminate the caffeine from the body. Of course, the effect of increased energy is certainly not in place for half a day. However, while caffeine remains in your body it may continue to have some less noticeable impacts while it awaits elimination.

There have been many accusations made by experts and laypeople alike that Red Bull and energy drinks are bad for you. This does not seem to be the case as both the United States FDA and the European Food Safety Authority have reaffirmed their safety numerous times.

Like virtually everything we consume, moderation should be exercised. A Red Bull contains a significant amount of sugar – virtually the entire recommended daily value per serving (26 grams per 8.4 ounces can). Making a habit of consuming drinks with this much sugar can cause long-term issues like heart disease and diabetes.

In addition, sleep is a vital part of overall human health. Those who choose to drink Red Bull should keep an eye on the clock. Just like it is not recommended to enjoy a coffee after 2:00 PM, you may consider avoiding Red Bull and other caffeinated beverages if sleep becomes troublesome over time.

Red Bull is not inherently bad for you. Using it as a “pick me up” while driving or making it through the workday is just as reasonable as any other source of caffeine. Keep in mind the time of day and amount of sugar you will be consuming and you can look forward to an hour or more of being adorned with the famous Red Bull wings.